No, that’s not BRAPA after a third pint of barley wine tonight.

This is the sight we’ve all faced in pubs since the middle of October, uniform Halloween tat, to be replaced by Christmas tat next week (if not already).  As you’ll know, I don’t believe in celebrating anything, bar my own birthday (22 December but you knew that) and then only by visiting a place for the first time.

I’d have been happy to spend my birthday in Strathaven,rare relief from the tedium between Glasgow and Gretna. 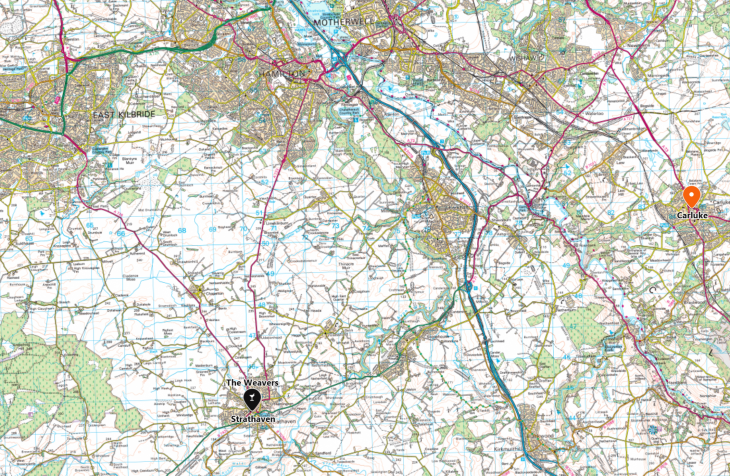 The most remote pub in the Greater Glasgow chapter of the GBG, unless this year’s secret Guide pub is in a back alley in Carluke.  We’ll send Si to check it out.

Duncan had kindly told me how to pronounce Strathaven.  Apparently its “Strathaven“.

Wiki tells me it’s a “historic” market town.  Aren’t they all ?

It was formed in 1983 when 7,500 residents of East Kilbride decided they’d had enough of the embryonic Jesus & Mary Chain practising in the local Methodist Chapel and all moved eight miles down the A726.

There’s some pleasing architecture from that period,

I liked the look of The Weavers immediately.

There’s the shell of a good boozer hiding under those cobwebs and bones.

Maureen the fantastic landlady told me all about the history buried under the tate, and offered me her home-made sandwiches.

I declined, to the amazement of Davy at the bar.  Si would have filled his boots.

A decent half of Kelburn here, silently applauded by Davy who notably wasn’t drinking the ale.  The locals never are.

We had a great chat about Strathaven, local CAMRA (“They’re lovely“) the pubs to avoid, the locals to meet and agreed to disagree about Halloween.

As with all the best pubs, I can’t explain why I loved Weavers, but I did.

Davy made sure I left quietly, and looked horrified at my surreptitious snap. 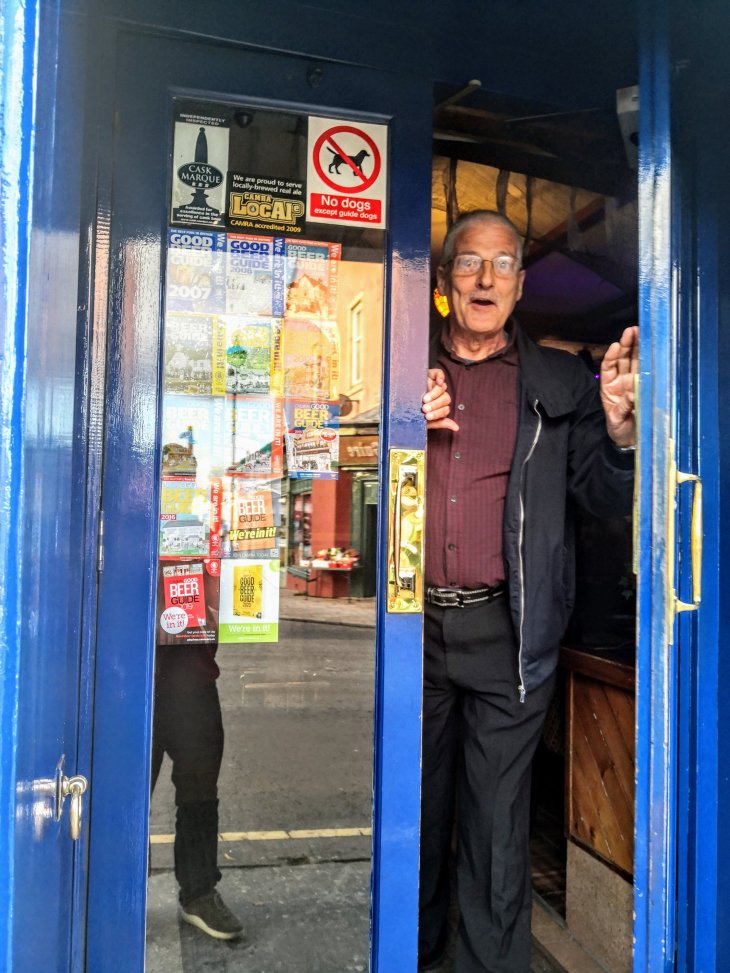 11 thoughts on “THE WEAVERS – NO STRATHAVEN FOR HALLOWEEN HATERS”