Another post mainly for the benefit of Mrs RM, who features more prominently in this tale as Orkney looms larger.

Onto Manchester, where Matt and the charming and chatty Emma were meeting us at the year old Northern Monk Refectory before the City game.

James remarked on the closed and sad looking boozers on the A662 (Merrill St) on the walk to the Etihad, but in the Northern Quarter new and shiny bars pop up daily to mop up the football custom.

There’s a worrying trend for Manchester to nick Leeds ideas, what with Bundobust and flares. I hope we don’t end up with Bielsa when City sack Pep for conceding a corner against Southampton.

Northern Monk isn’t going to compete with the Jolly Angler for the Southworth’s affections.

But it had cask beer, including Landlord, and I actually saw three pints pulled poured! 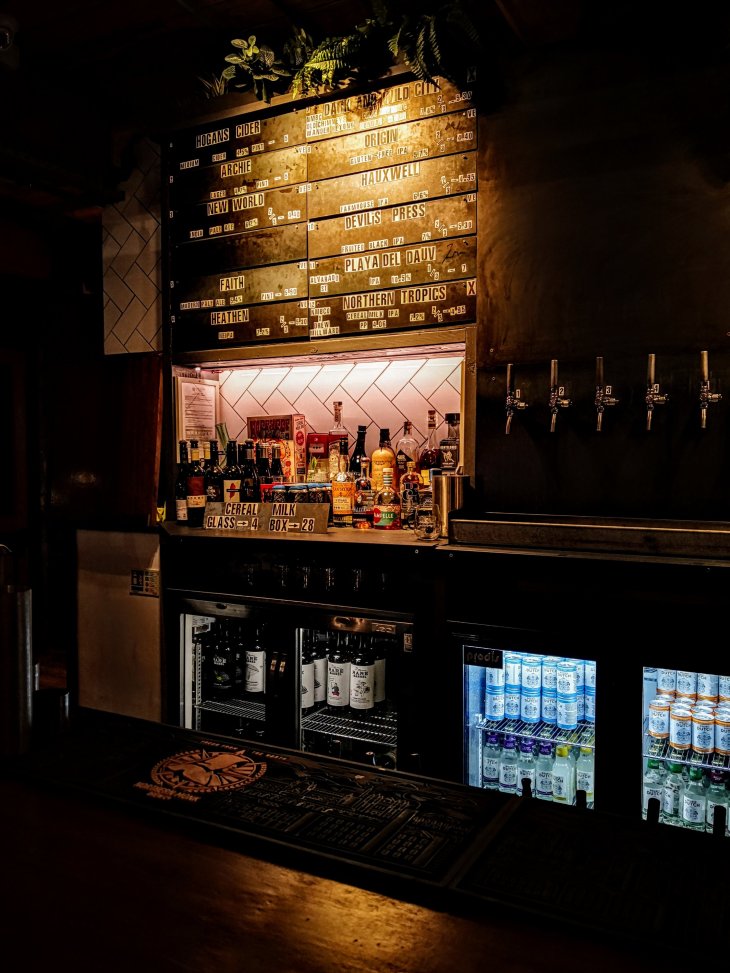 Not really a pre-football, more a post-work crowd.

They were all gong for Eternal, or “pump number one” as it seems to be called.

I’d love to tell you Matt had found me a preemptive tick, but competition for places is high around the NBSS 3.5+ mark and the tasty Eternal isn’t helped by the dreadful glass that makes the beer a bit foamy and “Adnams” .

None of that concerned my drinking companions, more concerned with haircuts and coats and the Doner Summer street food.

Love a greasy kebab, me. 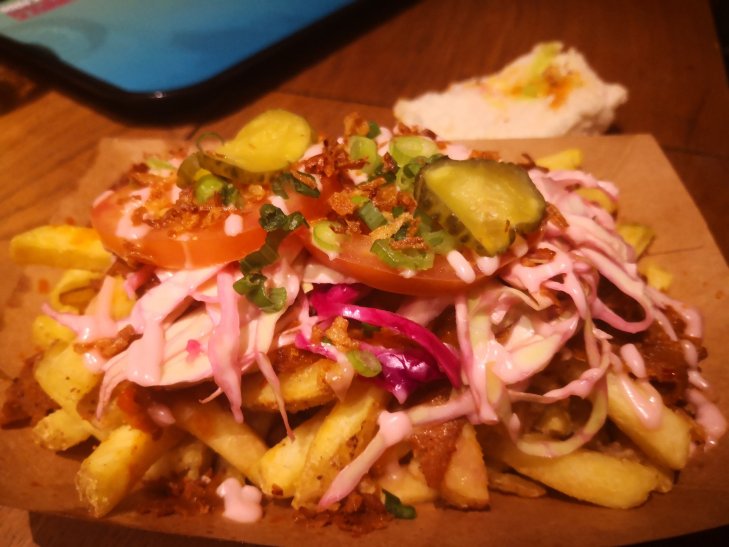 No, I didn’t realise the doner and shawarma were vegan till I’d finished either. Always thought Seitan was a heat descriptor.

Anyway, Mrs RM, here’s that photo of your lads you wanted.

There’s a better one of Raheem Sterling’s hattrick goal if you want it.

7 thoughts on “SONS OF SEITAN”