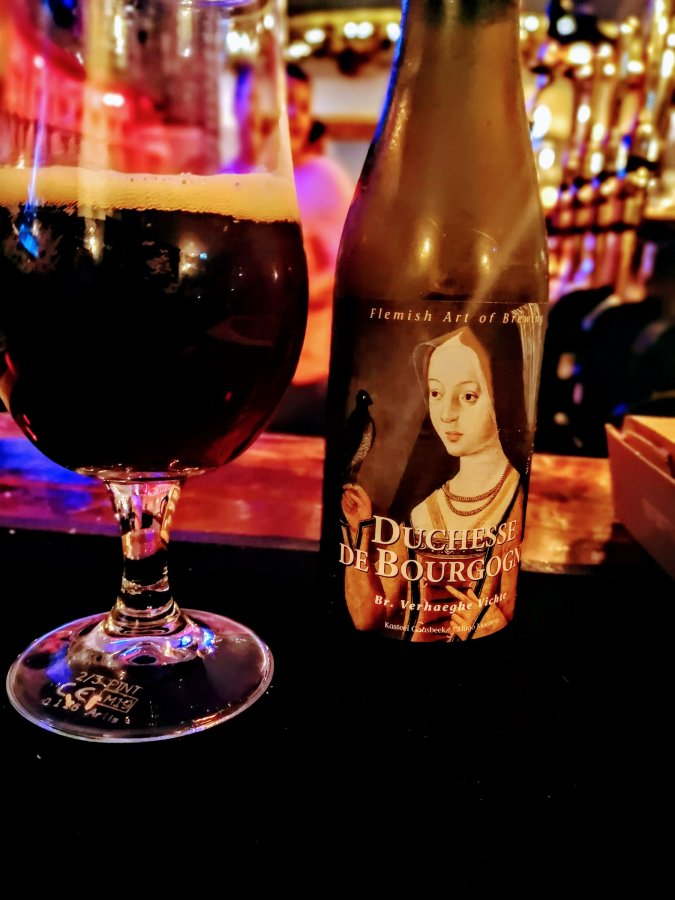 Esteemed lifestyle blogger Mrs RM has been enjoying the beery pleasures of Brighton. Like many of us, her output has dipped a little since the Maidenhead incident at the Honeypot.

When I arrived back from Southwick, she was ready with a tea suggestion all her own, though frankly it was exactly the one I’d have picked if I had any decision making powers in our marriage. nine minutes walk from MyBrighton to the Brighton Bierhaus, one of only 87 pubs in the city with the words “Bierhaus”, “Beer Dispensary”, “Brewery”, “Brewing” or”Brewski” in the title.

The Royal Pavilion isn’t one of those 87. Yet.

I’m a bit taken aback to realise I only visited the Bierhaus back in March, it feels ages ago, so you might remember how I was impressed by the fact people weren’t talking about beer (it was Rihanna and kneecaps).

It took us a few minutes to realise this horror, as those dreaded “Identify the Slipknot bassist” photo round sheets were handed around, and by then we’d ordered the Thom Yorke pizza to share. My Thom Yorke joke back in March went unnoticed, I see.

Apart from pizza delivered from up the hill in Kemptown, they have tremendously good staff who say “I have x on” rather than “We have x on” and warn you that you might be ordering the Rothaus wheat beer rather than the real thing.

Yes, after Sir Quinno’s astonished “You’ve never had Rothaus !!! ” I’ve finally had Rothaus, the one with the cartoonish beer mat.

The pizza took 30 minutes to arrive by scooter (not the band), so Mrs RM had already decided to have another.

“Shall we do the quiz ?” said Mrs RM, always a sign we’re out too late.

“How many band members are there on the first Green Day album ?”

She thought better of it then.

On the way to the Gents I glanced in the fridge.

A noble beer for Mrs RM, I thought, the only way to end an evening.

"Get me the one with the dwarf" pic.twitter.com/TdqgesOXuN