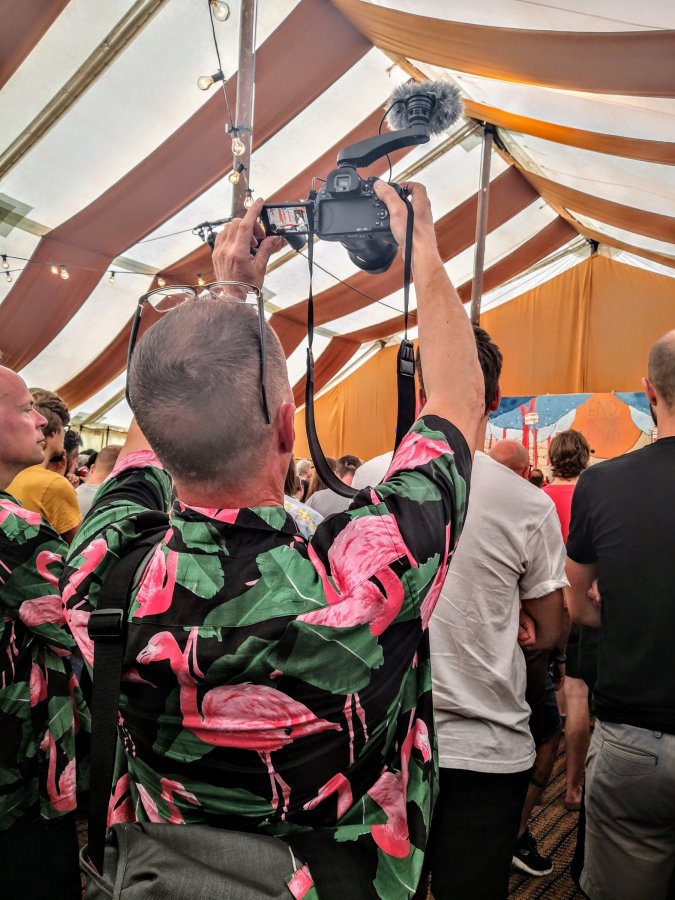 My annual post for all of you who follow my musical recommendations with as much reverence as my pub tips. Yes, the End of the Road Festival highlights package.

Larmer Gardens is tucked away on Cranborne Chase just south of Salisbury, which always seems more remote than the 3hrs 20 it takes.

BRAPA will know it best as neighbour to the Sixpenny Handley empire of pubs with irritating opening hours on his Dorset dawdle this year.

With our campervan expertly parked at the foot of the hill on Thursday afternoon, Mrs RM and I did our usual trip to the local pub.

Because the tiny approach lanes are traffic-controlled and footpaths closed, our approach to Farnham is fraught with danger and we have to leap into bushes at regular intervals, chatting to cheery locals in their drives along the way.

We may be the only folk brave enough to leave the site during the weekend.

On the 20 minute walk I read out the enticing all-day menu; salt and pepper squid and gourmet burgers.

You know what comes next.

Still, two pints each of 6d are foamy and cool and a bit like the best Otter.

Someone called Marmaduke arrives to check-in. I’m sure he’s the bassist in “Surprise Show“, who I’m keen to see on Friday.  He’s not amused by the lack of squid, either.

The gates open at 4pm, an we head straight for the food stalls for our feral cauliflower and onion bhaji fix.  EOTR is about new music, hipster food and peacocks in the garden, roughly in that order.

This is the only place you can spend £20 on Dutch liquorice and justify it to yourself.

which is nice, but a huge queue inside the Bear Tavern alerted us to something new and shocking.

I kid you not, there was jostling and pushing-in at the bar as the rumours got round that Bristol’s King Street had decamped to Dorset.  From memory, pints of 6.2% murk were “only” £5.50, which is pracically giving it away.

By Friday lunchtime the keg had all gone, never to return, and we were left with Beavertown.  Yawn.

Oh, the music.  See how I use my pink marker in close season.

Let’s Eat Grandma are schoolfriends from Norfolk who have made the best electronic dance record since Trans Europe Express. Norfolk !

Then there was something weird and classical from Kelly Moran,

and the 3 Flamingos in the Tipi Tent amused Mrs RM.

The Garden stage is the place to be, though not at the back with the pashminas and pushchairs.

The gardens themselves must be a joy in May; they’re still a highlight in August.

This year I saw a few films, including the wonderful “In the Heat of the Night” and “Being There“, which was probably my own highlight.  Never seen it before, Peter Sellers is astonishing.  Leave before the outtakes.

Usual great weekend, though the fact that Simon and Duncan had their privilege copies of GBG20 in their grubby mits was a bit galling by Sunday night.

I end with the star of End of the Road 2019.  The scariest thing to come from Scotland since Duncan’s NBSS scores.