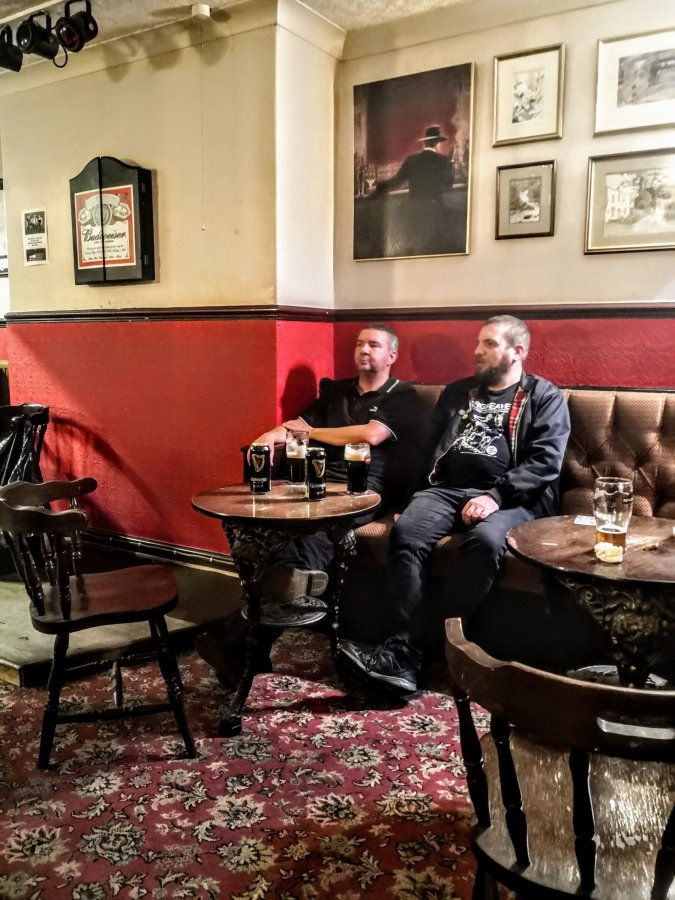 You left me in the toilets at the Fighting Cock, admiring the art work.

The Green Devil was a bad idea, because you then lose rational thought and have to stop at every pub on the stagger back.

Which is why it’s called a Stagger.

Bradford sure looks good, if a bit quiet compared to L**ds.

I’m enticed by the Castle Hotel, a GBG regular until the surge of craft in North Parade.

I hadn’t been for 15 years, and it’s still run by a charming Indian landlord and still heaving, the busiest I’ve seen a Bradford pub.

Perhaps it’s the free spread of pork pies and sausage rolls. I hope it was free. We’ll find out if Si goes there.

Mainly its the buzz, a cultural melting pot to match the White Lion in Walsall.

That means Folk War “Coal not Dole” T-shirts, reminiscences about Rory Gallagher and cans of Guinness.

It’s not the ale range that brings them in, though Jennings (NBSS 2.5/3) and Eagle will do me.

I should have recommended it to Lady Sinks the Booze when she visited , I really should.