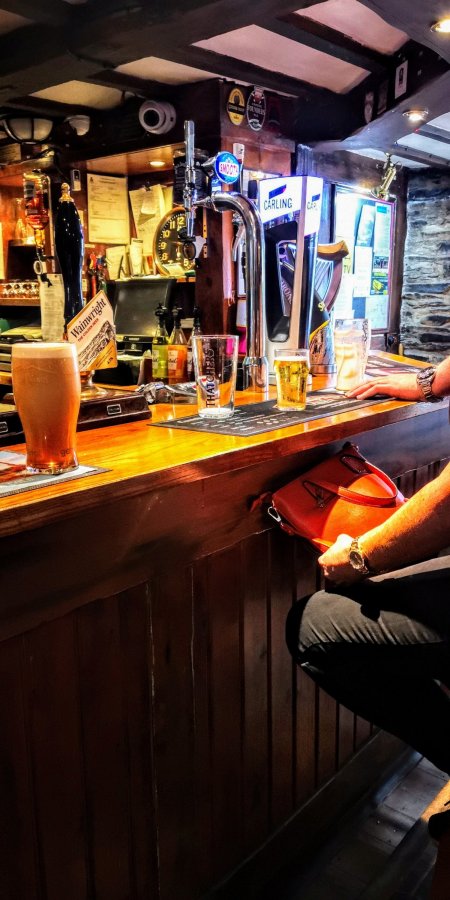 This week I’m up in Manchester/Paisley/Preston, making sure Matt is settled into his barbering (?) course in the Eternal City (that’s not Preston).

So I’m snatching the odd 20 minutes of WiFi to bring you up to date with the glories of Mid Wales.

This one comes to you from the Etihad before kick off, home of BRAPA’s favourite plastic fans.

Three pubs in Machynlleth with Paul, one of them highly unlikely to trouble the GBG since it doesn’t sell beers called Cwr.

Despite serving homemade pasties on Thursdays (it was Tuesday).

No, two beers from a Wolverhampton beer factory won’t get you in the Beer Guide, even in Wolves.

But £2.30* a pint will guarantee a busy pub on Tuesday night, just as it will a Craft Union one in Dereham.

“I’ll have the second one pulled, Paul”

We sat in the corner next to a couple of visitors scoffing fish and chips, and fondly recalled Richard Coldwell.

Richard would have pretended to hate the Banks’s, but secretly admired the cool foamy pints (NBSS 3.5).

Once again, we find you rarely get what you pay for.

*Give or take. Paul will know, he takes proper notes.