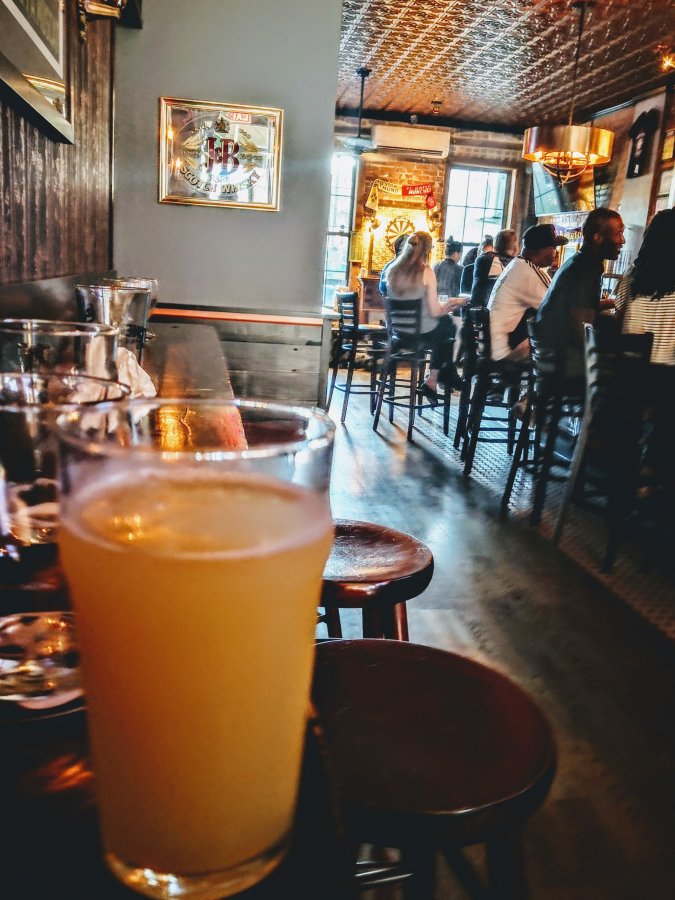 “Enough of that Nu Yawk already“ shout readers Dave and Dick from the States. (They really do talk like that, though these days with a distinct Bewdley rather than Brooklyn twang).

Back in Brooklyn, 3/4 of our family were wiped out by 6pm, so I had to do the hard yards myself.

Nearly all the suburbs and neighbourhoods of New York sound familiar, though I can’t yet find any Prefab Sprout references in Bedford-Stuyvesant.

Some of the best Victorian remnants in the city, says Wiki.

Gentrification of the area is indicated by the asparagus at the entrance to the supermarket.

This was a great area to wander, the South-East London of the, er, west (?).

And I really liked the Fulton Ale House.

or the bargain murk,

or the Aretha Franklin soundtrack. Or even the brewery trays, that made it seem a bit like a micropub in Burnley.

It was the really diverse crowd, mixed in age and ethnicity, that made this different to the first night.

It was so good I stayed to watch the first half of Ecuador v Chile, along with exactly zero other customers.

Mrs RM got the craft can, again.

21 thoughts on “NO SLEEP ‘TILL BROOKLYN”