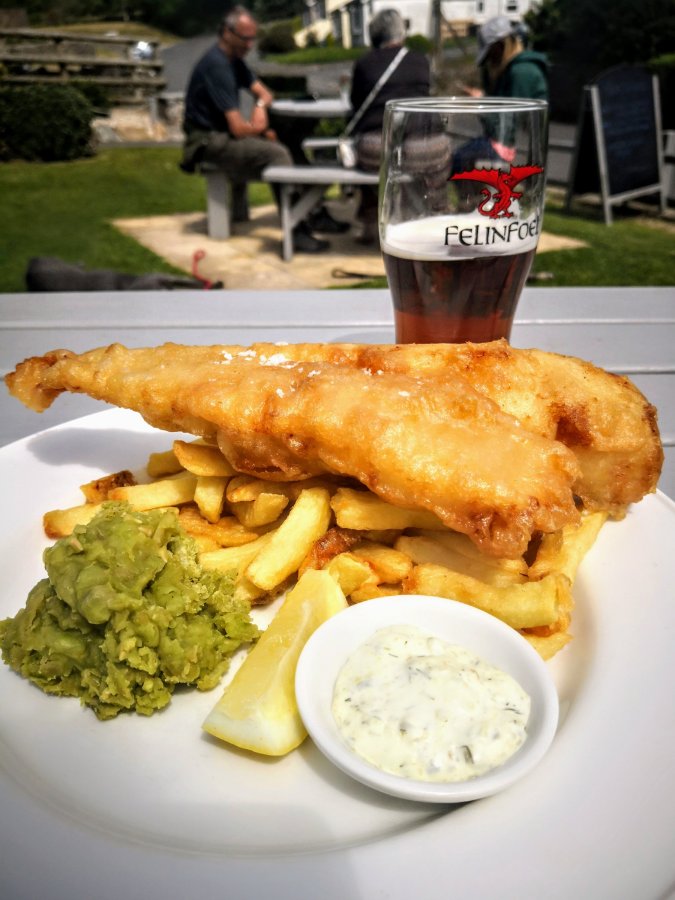 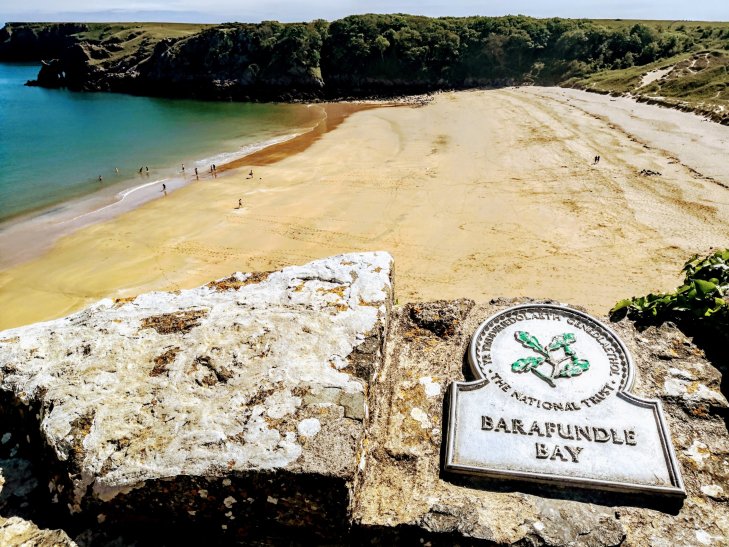 It’s a dreadful life, slogging round the country, having the first beer out of the barrel in a cheerless dining pub just so you don’t have to.

And then walking two miles downhill both ways just so I can bring you pictures of Stackpole Quay and Barafundle Bay.

On days like this (i.e. not raining) I reckon Wales is the greatest country in the world, and I don’t even begrudge the National Trust their little café (good coffee).

There’s no more than a dozen souls venturing beyond the cappuccino and coffee cake to the caves.

Barafundle has been on my bucket list since Gorky’s Zygotic Mynci named their 1997 LP after it. I used to sing Patio Song on my way home from work back then, terrifying motorists at the A1/A1081 Hatfield junction. You can singalong too.

As so often in Wales, words are unnecessary.

“But what about the beer ?” you boorishly yell at your screen.

Everyone was eating outside.

On a whim, I decided to join them. Don’t worry, you didn’t miss out on any photos of Old Boys on John Smiths Smooth.

I had five minutes till the kitchen shut, apparently.

“Fish and chips and whichever beer is going fastest, please”

And he was right.