I could have taken the train to Sandown, but the combined travel tickets condemned me to the dreaded Vectis buses.

At least the hovercraft stomach churning was over in ten minutes. The bus was 30 minutes of hell. Good job they had those little USB sockets to recharge my phone, eh ?

I jumped off the bus (not literally) as soon as I saw Sandown pier. I like the way every passenger thanks the driver for making them feel sick.

Sandown is a, er, old-school resort, with one of the scruffiest High Streets outside Withernsea (a good comparator).

Just the odd bit of intrigue at Not Dead Yet, alongside the tat and takeaways.

The back streets housing the Castle are being dug up by a team attempting the world’s longest tea break.

Any doubt that it might be shut is erased by the tell-tale barking within.

By Wight law, all town pubs have to look like they’ve been moved brick-by-brick from South-East London in 1985.

But the Castle has added a sorcery theme, of sorts.

An argument between two dogs apart, it’s a peaceful pub, a bastion of male drinking and of BBBs.

I go for the Gales HSD, as it’s the strongest, and the strongest beers seem to survive the tortuous ferry crossing from Chiswick to Ryde best.

Mudgie would approve of the music; “Since You Been Gone” and some more Quo. But the HSD is a bit watery (NBSS 2.) and not a patch on the Bass he’s been drinking down in the Star.

“MAX !  Don’t get jealous. Not over HIM”  shouts a bloke at his pooch, which is just about to start licking my feet as I spy the Bass tat and plan my escape. 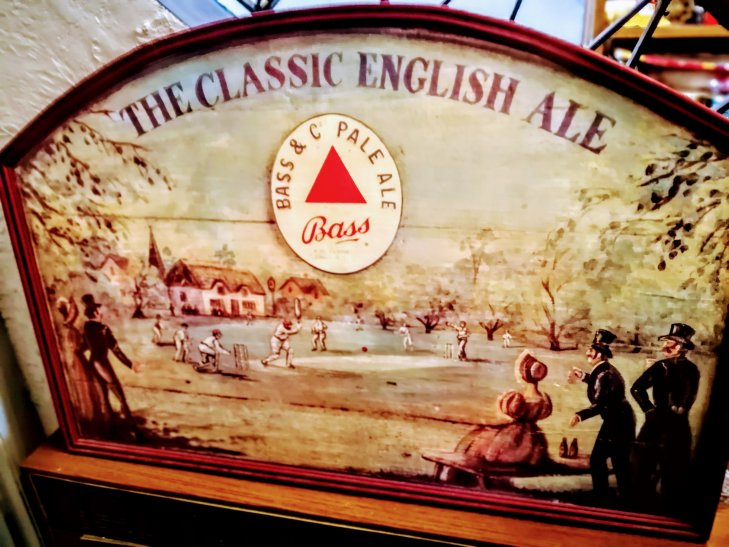 An inauspicious start, and I now felt even worse.  The bus approached, but I hit the hills.

13 thoughts on “SORCERY AND SICKNESS IN SANDOWN”