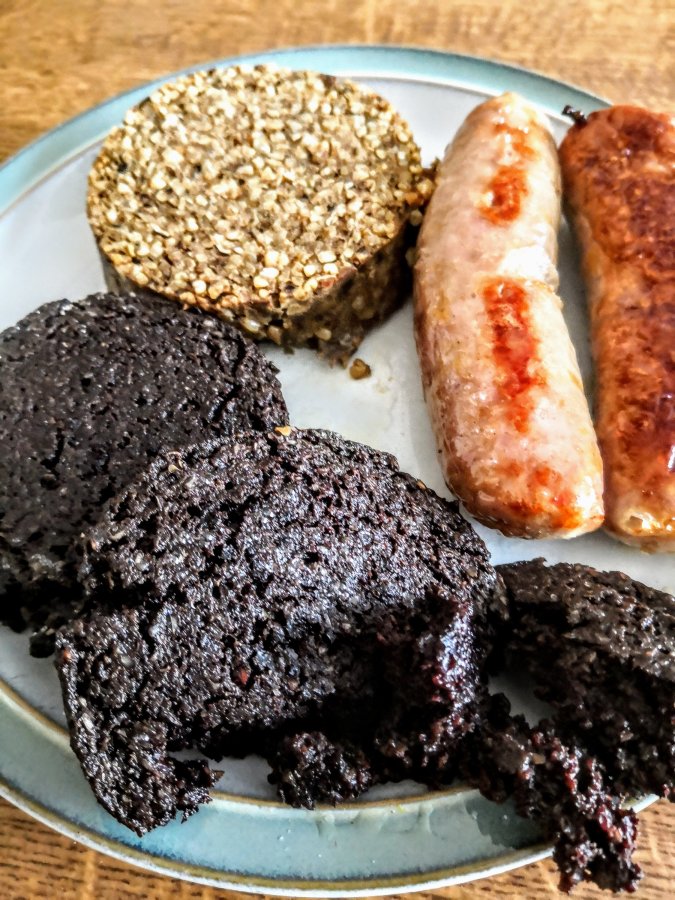 Black pudding and white pudding from Bathgate, apparently.  Charles knows how to live (B&B from £75pppn).

With no comfort breaks or flat whites we drove straight to Buxton. The slog through Lincolnshire but the A617 really is the cruellest road.

I gave Charles an unintended detour south of Chesterfield, and promised him we’d stop to climb the crooked spire on the way back.

As we entered Buxton to the cheers of well-wishers we were only three pubs behind Paul Mudge,  Sadly our entry to our hotel car park was blocked.

I actually saw our Beer & Pubs Forum colleague sitting outside the King’s Head.

The Landlord at the Queen’s Head, a real gem, ushered my car in to a space only a battered Aygo would have ventured.

Clean and well-equipped rooms with decent WiFi, though well above my usual skinflint budget.

A traditional looking Peaks pub with multiple rooms catering for locals, pool teams and a wake.  I must encounter a wake once or twice a year. On the one hand you know there’ll be beer pulled at lunchtime; on the other you need to be a bit more sensitive with pictures.

No harm taking shots of the Bass livery though.

Various pubbers called Peter and Ian met us at the bar.  The choice would have passed muster at a beer festival 40 years ago.

Sadly, five pumps is about four too many, and the scores for Moonshine ranged from NBSS 2 to NBSS 2, which isn’t bad but explains why it’s rarely graced the Guide (mind, not much else has either).

We found a space near the table football, which it seemed a bit insensitive to play with mourners round the corner.

Paul either complained or eulogised about his £2.60 pint of Marston’s, I can’t remember, and someone said they nearly died when they saw Holt Bitter being sold at £3.00.

No better way to start than moaning about the price of a pint. 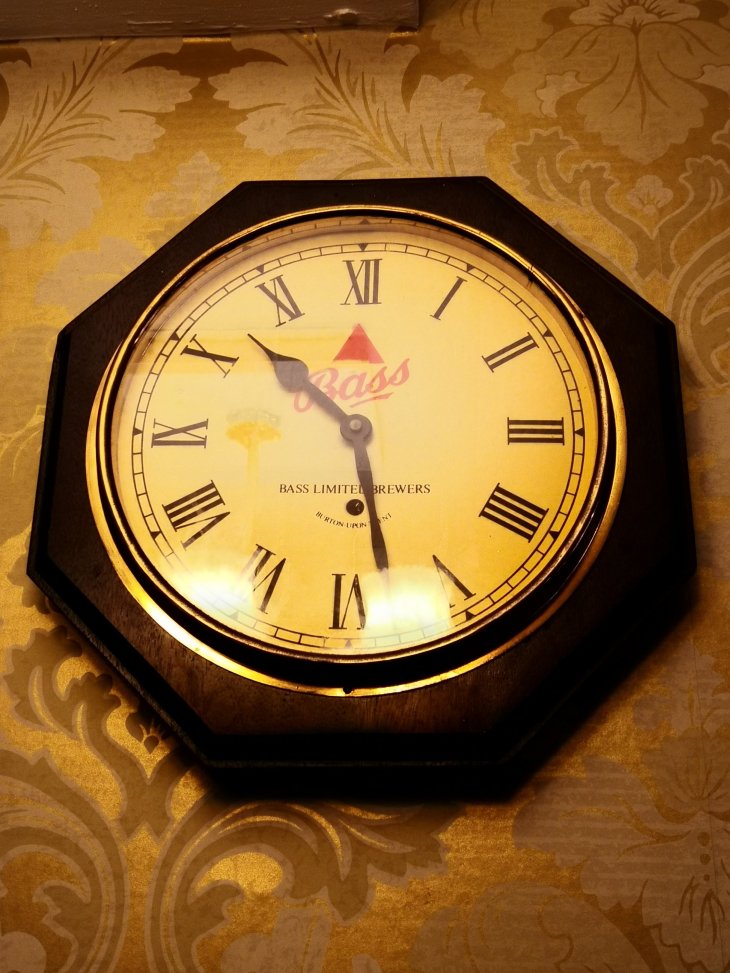