You left me in Llantwit Major in the drizzle, you sods, in the glow of a sublime pint of Doom Bar. Talking of which, I see one of our top beer writers has finally seen the light.

This might be an after effect of my abstinence, but I’m drinking my first pint of Doom Bar in years (yes it’s early but I’m in an airport) and it’s… rather pleasant. Reminds me of the beer I used to drink a lot of 10 years ago.

Be nice to have some Welsh beer in Wales though; plenty of adverts, not much in the Beer Guide. 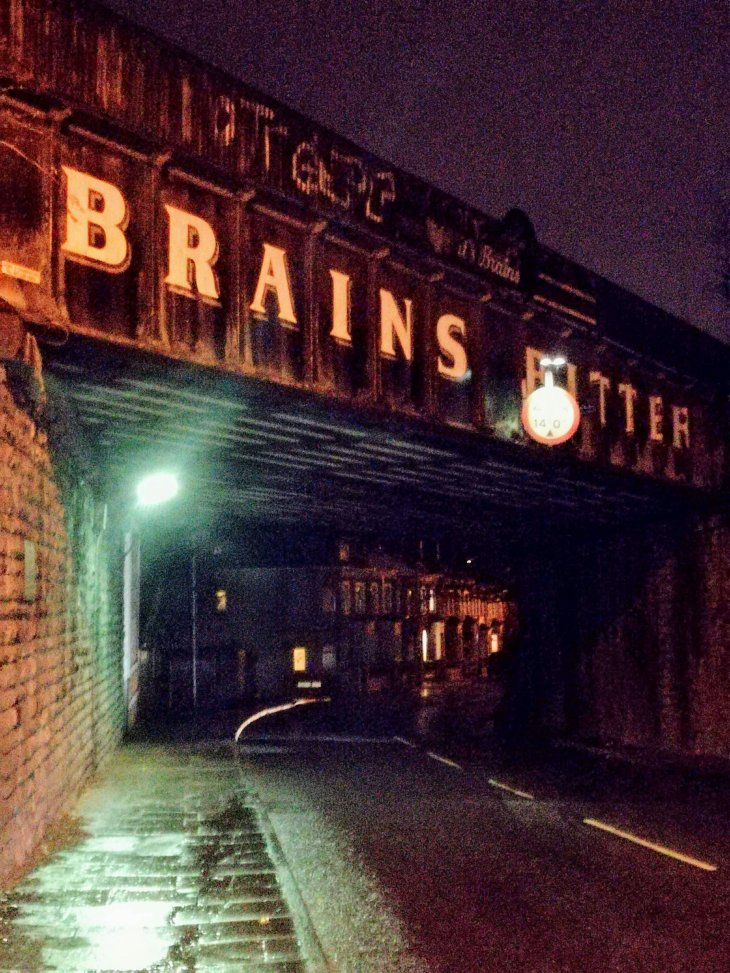 On to the Tudor. 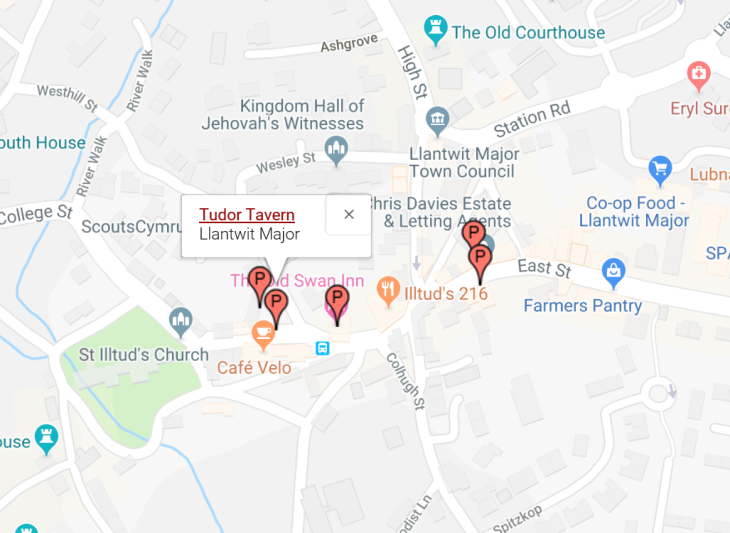 Five pubs and a club in town, four in the Guide. Something in the water ?

WhatPub promises Hancocks and Wye Valley, we get Wainwright instead of HB. It must be a decade since I saw Hancocks on a bar.

Not sure what’s got the Tudor into the Guide. The Wainwright is solid NBSS 2.5 nothingness, and the only cask I see poured in 20 minutes.

The pub seems to contain the entirety of the town youth, tucked into four distinct drinking areas which are unmodernised enough to be characterful.

It’s the sort of place you get on the edge of Cornwall towns like Penryn, where students come to avoid craft keg, and I liked it well enough.

Just as I was leaving I noticed the pump clip turned round.

That rotated square clip could only be HB*, couldn’t it ?

Suddenly remembering I had a train to catch in 7 minutes and an 8 minute walk, I had an agonising decision to make.

Revisit two pubs here with Draught Bass and Brains, or jump on the train and get two new ticks in Penarth…

*Don’t bother telling me HB was last brewed by Everards either.

17 thoughts on “A VAIN SEARCH FOR WELSH BEER”