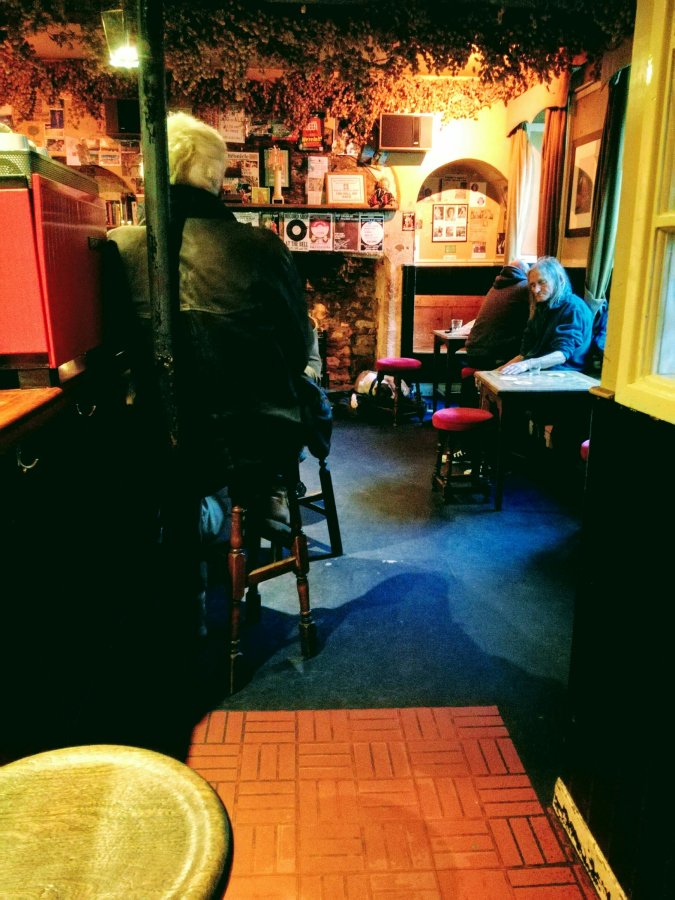 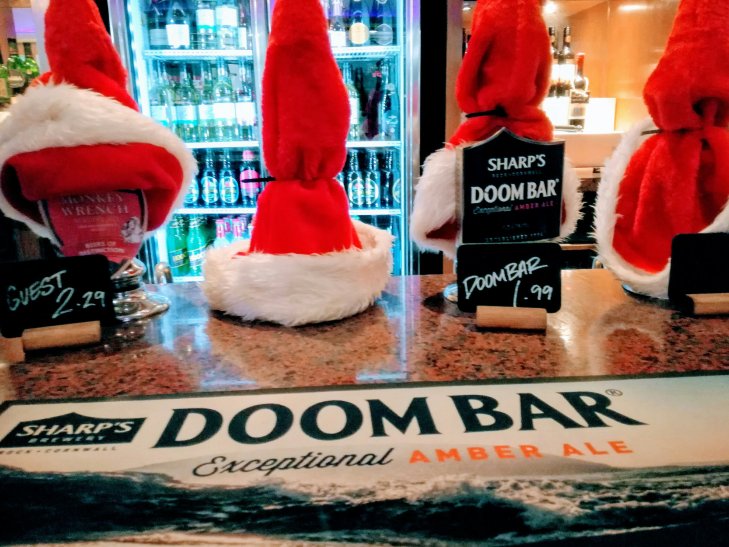 It might seem a bit reckless reading these Bath posts now, but my original plan had been to have a few halves in Bath and then take the train to Bradford-on-Avon (twinned with the real Bradford) where a trio of ticks awaited.

That idea went up in smoke as our Gang of Four stumbled into the Bell and spied more prime Boring Brown Bitter.

I ask you; Butcombe, Bass, murky Mango IPA and Otter in the same day ! Can you top that, Maidenhead ?

The National Beer Scoring System puts NBSS 3 at the level at which you may “cancel plans“.

Here, the Otter was a 4, but it was an astonishing buzz of pubbiness that kept us here rather than in t’other Bradford.

Old Boys with flat caps, studentz of indeterminate age, and a soundtrack that stretched from Canned Heat to “White Bird“by It’s a Beautiful Day, a stretch of about 24 months.

These photos aren’t filtered, so there must be some weird light in the Bell. At the time I put it down to the beer. 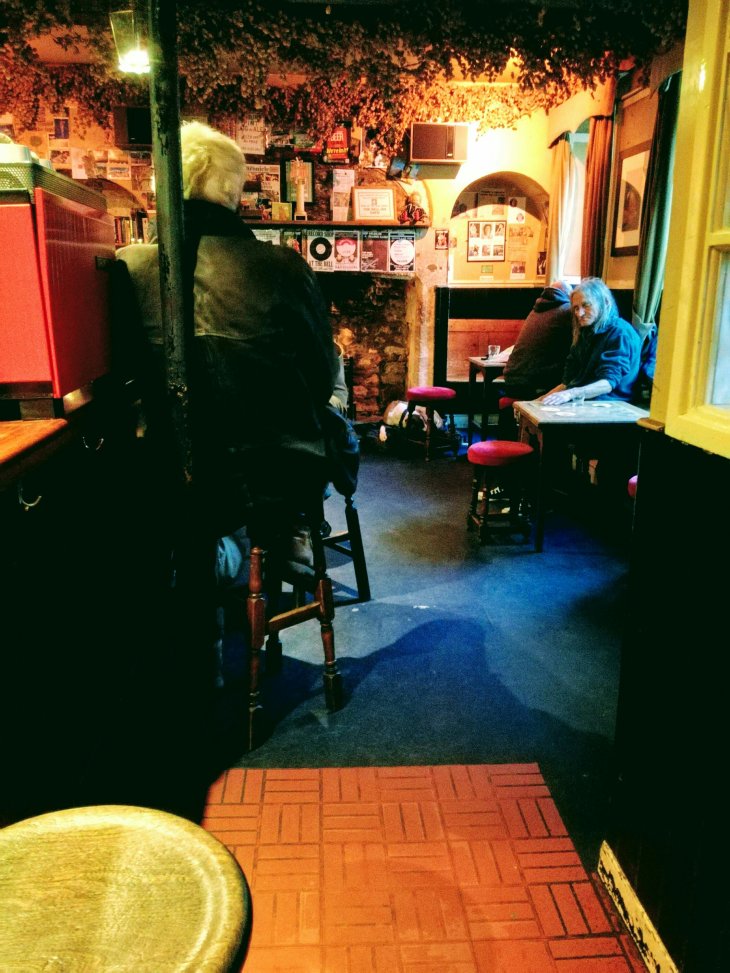 It was a wonderful hour. Even the reviving coffee was good. My notes say “She has funny cars”, “Not that you agree with wallhanging” and “Tronvones“.

One of those may be a song title.

NB The Bell isn’t in the Beer Guide, but a place open eleven days a year is.

22 thoughts on “CANCELLING PLANS IN BATH”