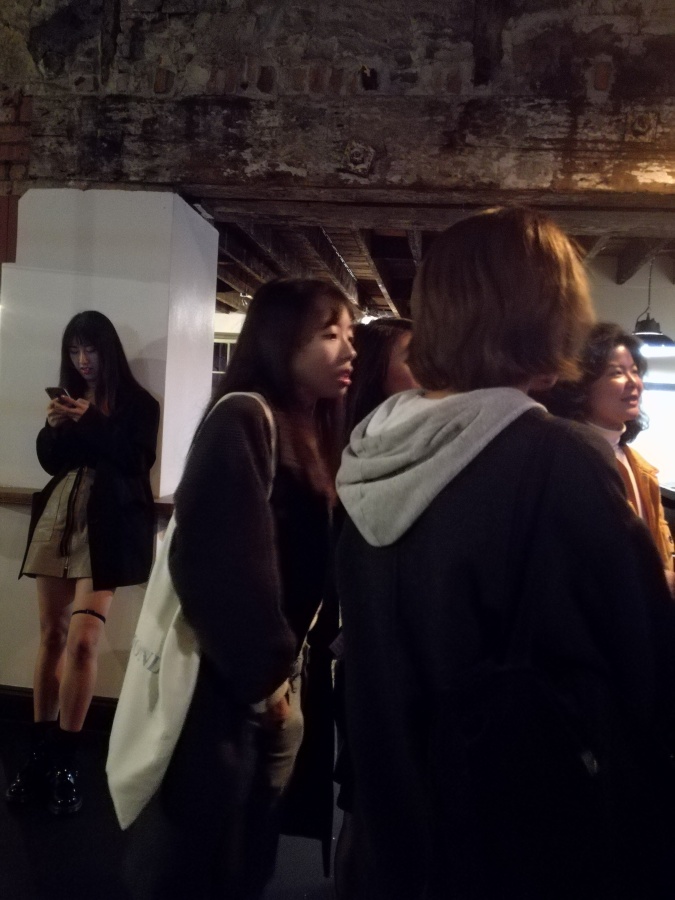 A last pub in Bristol for Monday night, leaving an irritating loner a couple of miles to the north-east to do (Duncan will have been there before breakfast). 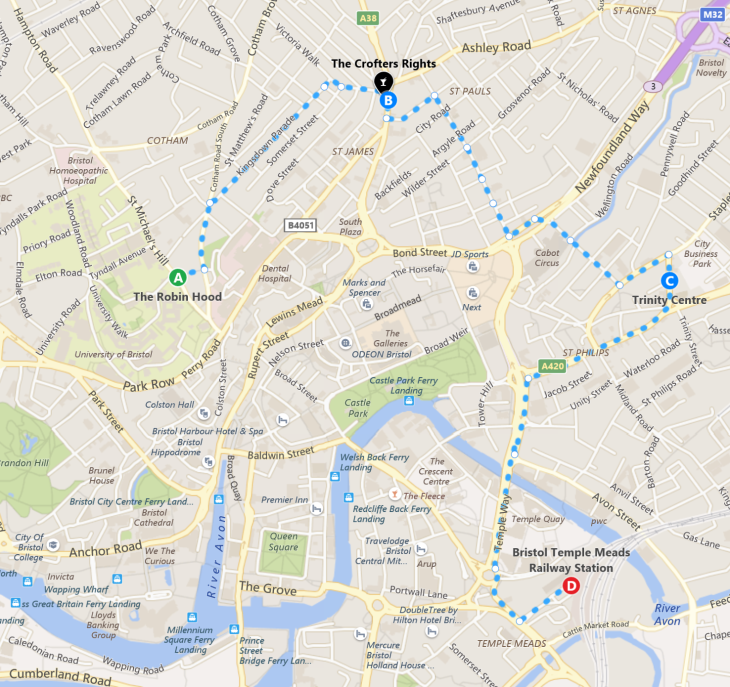 The Crofters Rights (YOU argue about apostrophes) is an entertaining walk to Stokes Croft, the east Berlin of the West Country.

In two words, the Crofters is “very Bristol“.

If I’m honest, the pubs on Stokes Croft tend to merge into one another; this one could well have been Canteen across the road.

And the beer taps along the wall could have come straight from the Volunteer.

It was nigh on impossible to distinguish the cask from the keg from the ciders along the wall, which matters to the hardcore 27%.

More urgently, it was impossible to get served as a large group of Japanese ladies spread out across the bar, passing successive tasters between themselves.

Now, I’m delighted to see a diverse crowd in our pubs, but there was one overworked barman offering tasters and advice, and it was a good ten minutes to serve the group above.

But the thing was, they then all had pints of the strongest ones. Respect due.  I felt a real weakling nursing a half of Under Current (Siren again) which was decent but a bit chilled (NBSS 3).

So why had the entire population of Japanese under-25s tipped up ?

I was tempted to stay, and it was hard enough climbing the stairs from the loos,

but my Low ticket had cost me rather more than the fiver being asked for Big Stink, and I wanted to see some more art in Hepburn Road.

Low are the band most likely to take the “Always changing, always the same” mantle from The Fall.  You’ll notice my gig photography is as good as my gig reviews.

Good acoustics, duff beer at the Trinity, so I had coke.  A successive wave of cancellations due to a fatality at Paddington had me scurrying back to Temple Meads at 10.20, arriving 2 minutes before the last train of the night back to Bath.  If there’d been a Bristol Tap I’d have chanced it, mind.