Moaning done, it’s back to the new Beer Guide, and a bit of a curate’s egg* in Ware.

You know Ware, one of east Hertfordshire’s gems. 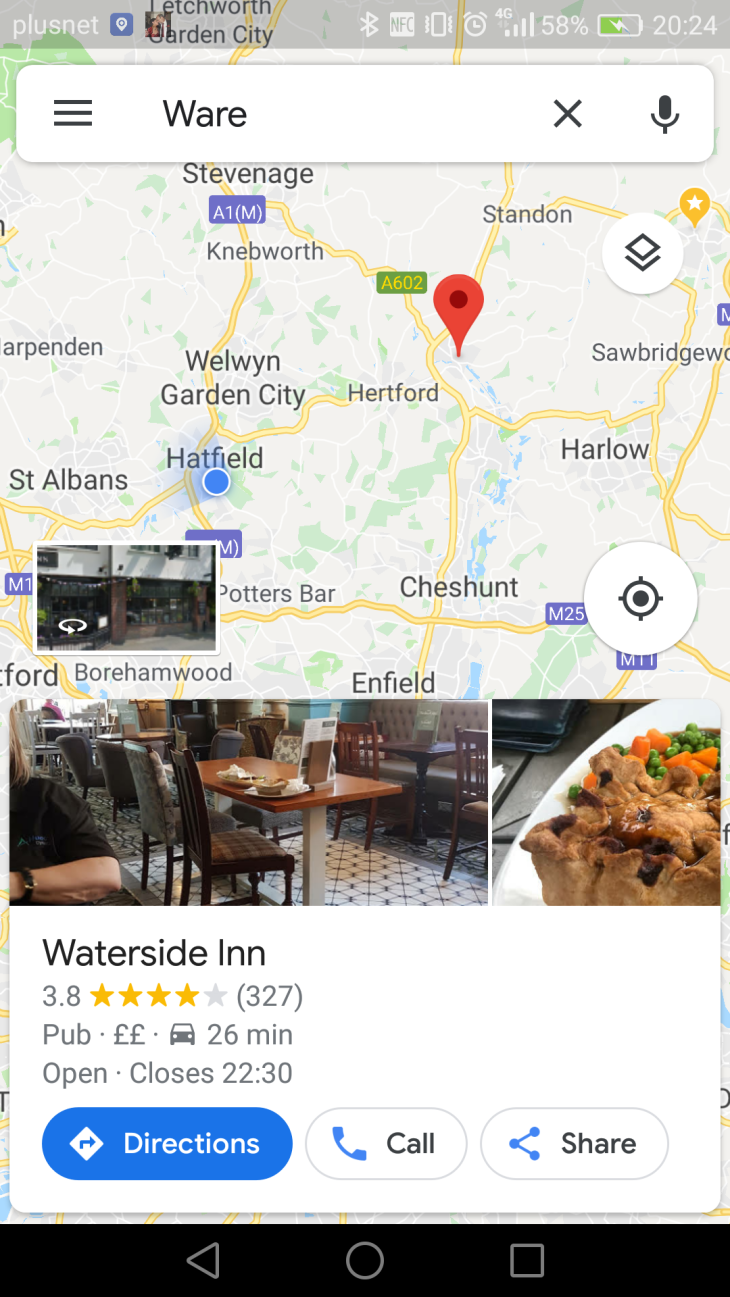 Like Baldock, Ware has been bypassed into a quiet life providing sustenance for  retired gentlefolk visiting garden centres and parents who want their children to speak Latin.

The Riverside is the last place in town I expected to ever grace the Guide. Even though it opens at 10am, always a winner.

The sort of place you meet your friend Jean for coffee, or celebrate your divorce over Quinoa, but I can’t quite fathom its rise to GBG superstardom.

Ah right. It’s all about choice. Eight beers, most of them boring and brown (hurrah). Fairly obvious what I’m going for, though.

I ordered an Eggs Benedict. As you do. Our Spanish barman reached for a coffee cup.

“No, half of Pedi please”

The look was bemusement rather than incomprehension.

But it’s a Stonegate pub. Stafford Paul would be on his 3rd if this was Wolves.

I sensed that pushing the issue would get me in the Ware Watchman (Tues edition), so I smiled. Only 26 minutes to wait, and so much to explore.

As a diner, it was pleasant, and I only bumped into two gentlefolk on my travels. The excellent Eggs Benedict was made with bacon rather than gammon, clearly a political statement.

At 10.59.55 I approached the bar. Mr barman had already poured my half. He’d be useful in Margate Wetherspoons.

In fairness, a cool, rich, sulphorous Pedi, that wavered mysteriously between NBSS 3 and 3.5. Better than I expected, if I’m honest.

The soundtrack consisted entirely of First Aid Kit and the domestic arrangements of Ware mums, that are less interesting than those of mums (or dads) in Stevenage.

More decent beer, but perhaps the dullest tick so far this year. In Hertfordshire, who’d have thought it ?

*Curate’s egg only available on breakfast menu in selected Spoons.

26 thoughts on “WARE NOT KEEN-WA TO SERVE ME PEDI”