Since I’m here, I may as well tell you about my last Lincolnshire GBG tick for the year. Hopefully this will inspire young Simon to up his game and get to Cleethorpes (5 Guide pubs, scary nightclubs and 5 donuts for a quid).

I’d be interested in lifeafterfootball‘s view on Cleethorpes; if your only experience of it is being abused at Blundell Park you may not be its No. 1 fan.

I certainly hadn’t expected a return visit so soon, having seemingly done every conceivable outlet last year. But that’s the joy of “tiny pubs“, ruining ticking for GBG completists since 2005.

Nothing on earth beats the English seaside when the sun shines. Except perhaps the Welsh seaside. Mind you, the actual sea was so far away that two lads had reached Denmark without getting their feet wet.

On the downside, I had my first 2018 sighting of Men Without Shirts, which would have made a great band name.  When they did wear shirts, blokes tended to favour Leeds or Scotland strips.

I walked from the real station to the toy station.

Still plenty of attractions along the coast, including huge calorific cake on the Pier, 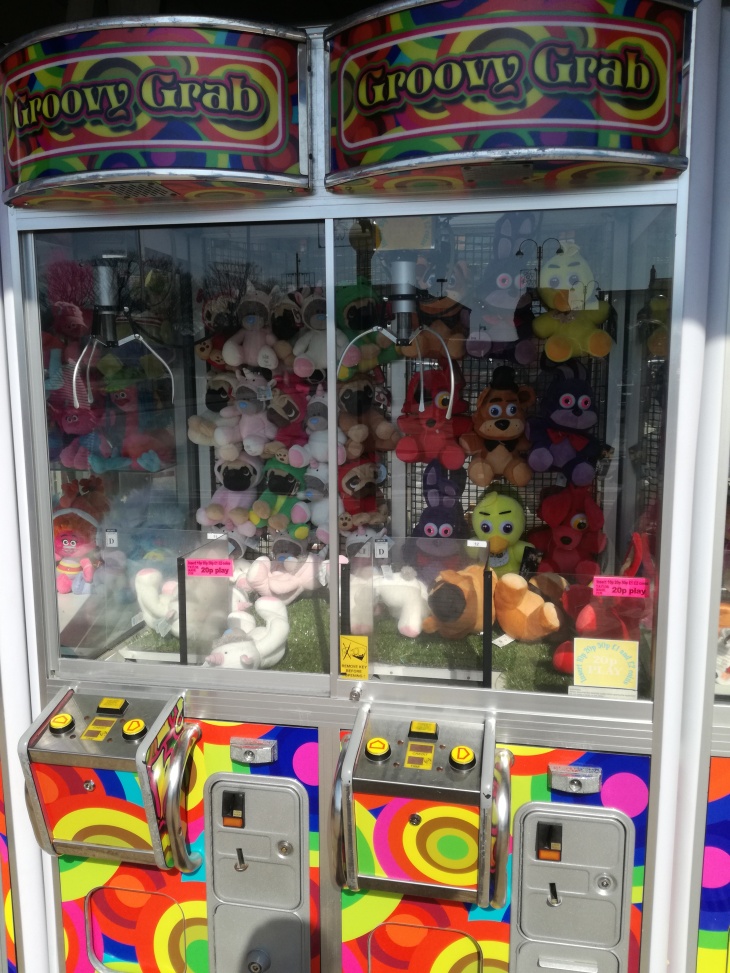 and the self-acclaimed “Smallest Pub on the Planet” on the platform of the light railway which takes you from Cleethorpes to Cleethorpes.

My tweet from the scene says it all, as does the response from those West Londoners, relishing a challenge from The North.

The Kingston reference is to Claygate, which like Cleethorpes has no space inside to sit, which makes them a kiosk rather than a pub in my book.  Next year a bloke will stand on the boating lake with a cardboard box over his head dispensing York Terrier from a growler; that can then be the smallest pub on the planet.

For now, this one’ll do.

Anyway, bloke in a singlet, his mum in a raincoat.  All you need to know about the English seaside.

23 thoughts on “THE CLEETHORPES CHALLENGE”