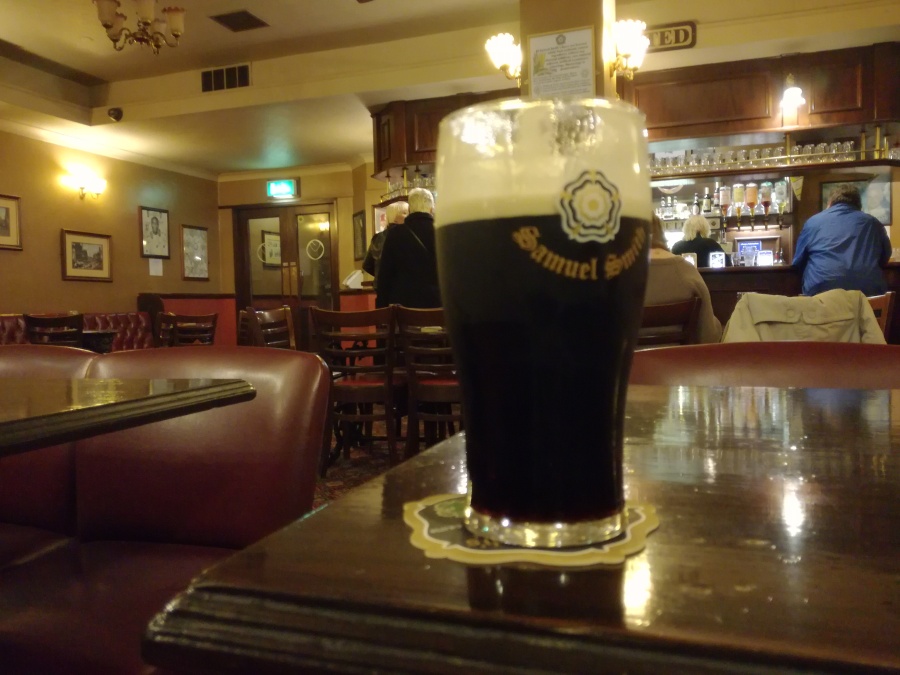 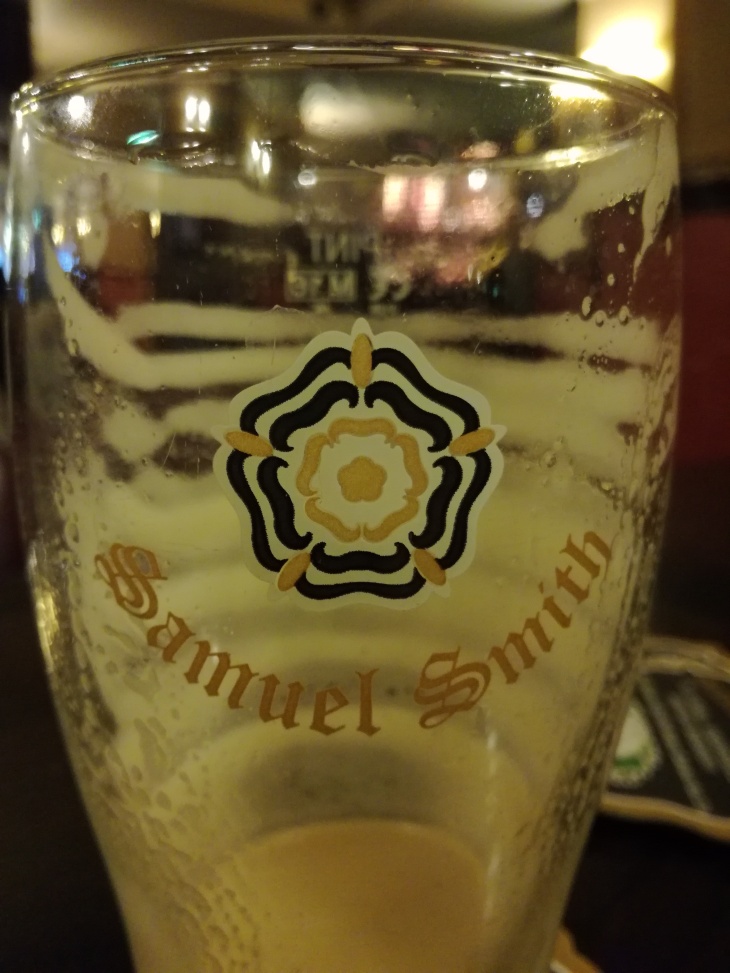 Not a shallow attempt to get a view from the Paisley Pub Prince, but a report on a cheap pint of keg in one of my long-term bucket list pubs*.

Obviously you’ll want to know the important details of tonight’s trip to Leeds, like what Simon was wearing under his BRAPA mac, and how many times Richard mentioned Boycott.

That can wait.  I ended an evening truncated by the Northern Trains strike in the Duncan, a legendary hardcore Leeds United pub that some of us have been hoping would get in the Guide for years. 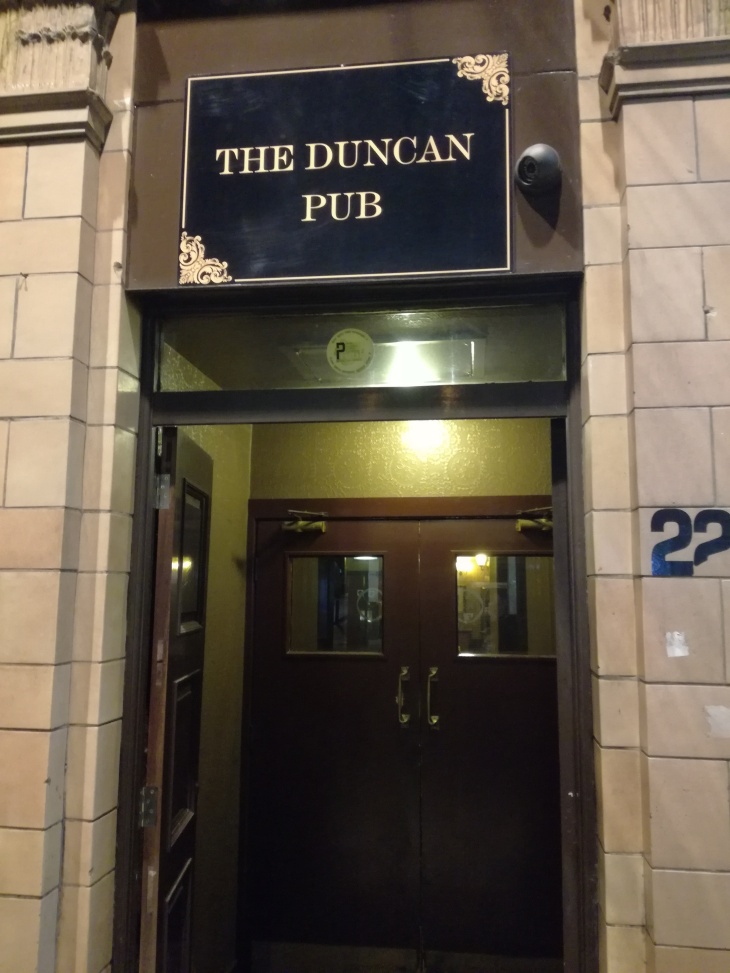 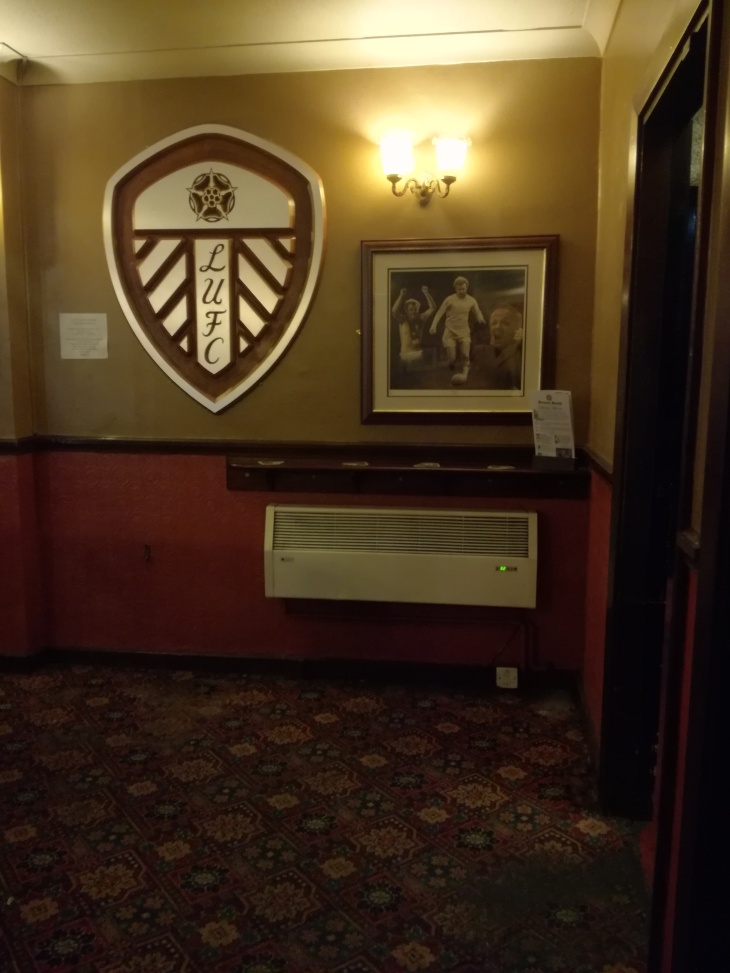 But it’s owned by Sam Smiths, which tends to disqualify pubs from the Guide outside of more enlightened towns like Newport, Scunthorpe and Stockport**.  Dropping the hand-pumped OBB confirmed this visit was never going to be a pre-emptive tick. 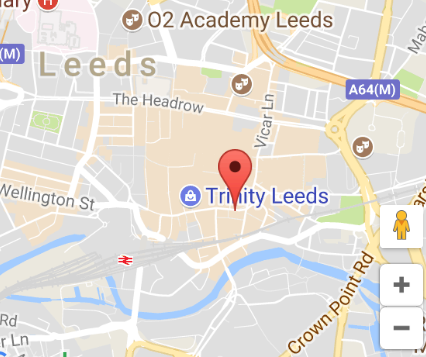 I guess it’s named after Duncan McKenzie, who I just about remember from a trip to Elland Road with my Dad in ’76, though the famous badge sticks more in the mind. 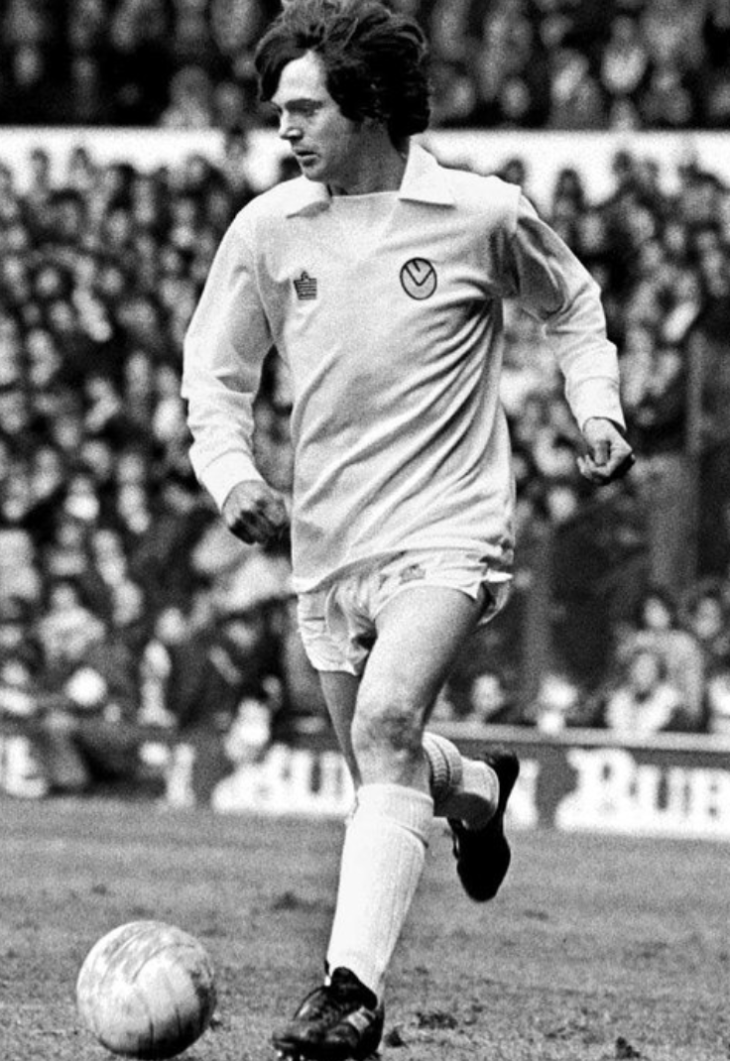 This is one of the more basic Sam’s houses, almost social club in style, but with an incredibly homely feel, and high standards if not classic design.

A decent turn-out for 8.30pm on a Wednesday were playing pool, machines and chatting. 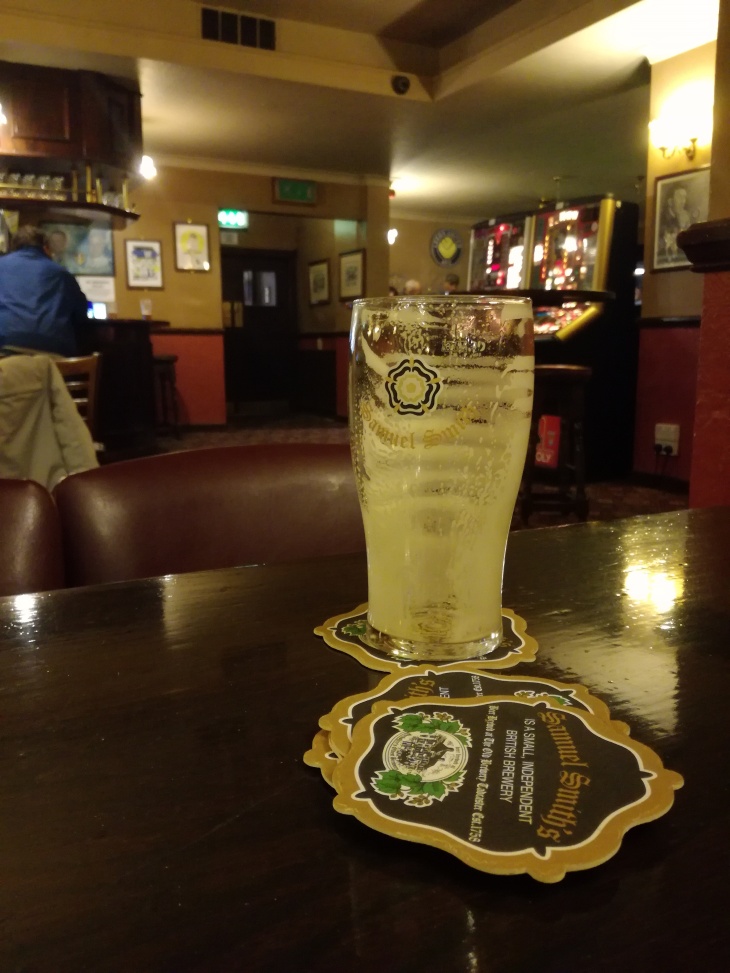 Notably, there were as many folk younger than me as older.  Many pubs these days seem to cater to the middle-aged (micros) or the young (brewery taps); in the Duncan all human life was there (except Man United fans).

As you’ll see, I went for the Stout, a velvety keg joy for £2.30 that almost persuaded me to tear up my CAMRA Gold Card.

You’ll notice the keg range eschews those fancy new beers Sam Smiths have been dabbling in lately, in favour of the old favourites. 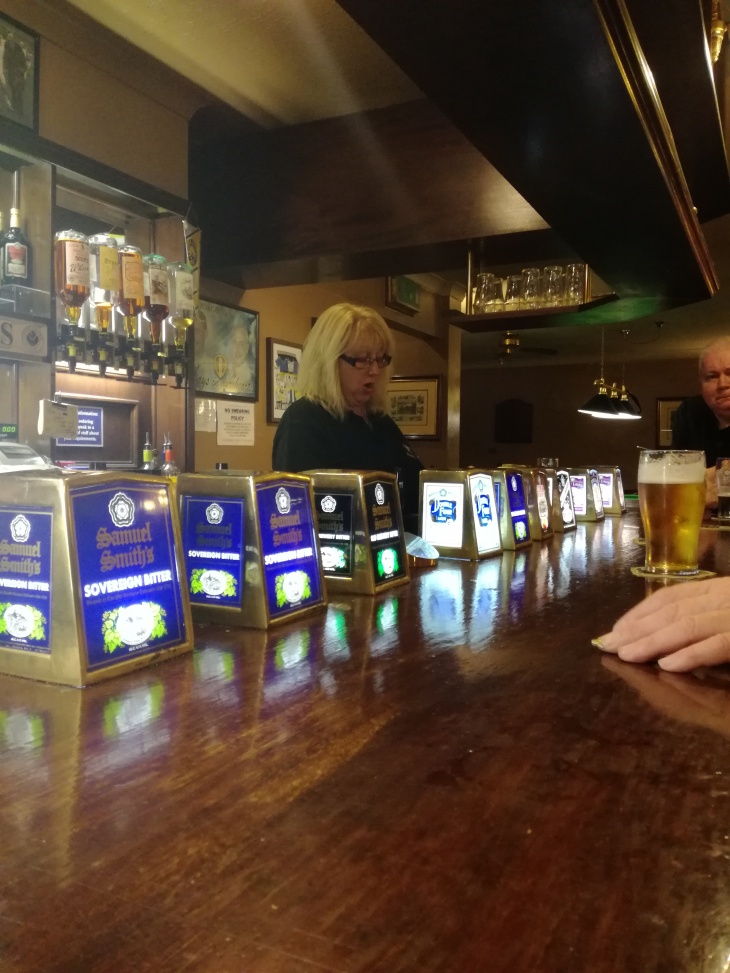 As you’ll also deduce, this is a wonderful place to enjoy a pint in peace and quiet, at the end of an evening of seating of mixed quality.  And no-one stared at me or looked shocked by my Fen accent in this cathedral of Yorkshireness.

On the basis that Sir Humphrey might read this blog, I won’t disclose whether the locals breached the “No Swearing” rule, though I did hear the (presumed) landlady bellow “Language !” on occasion. 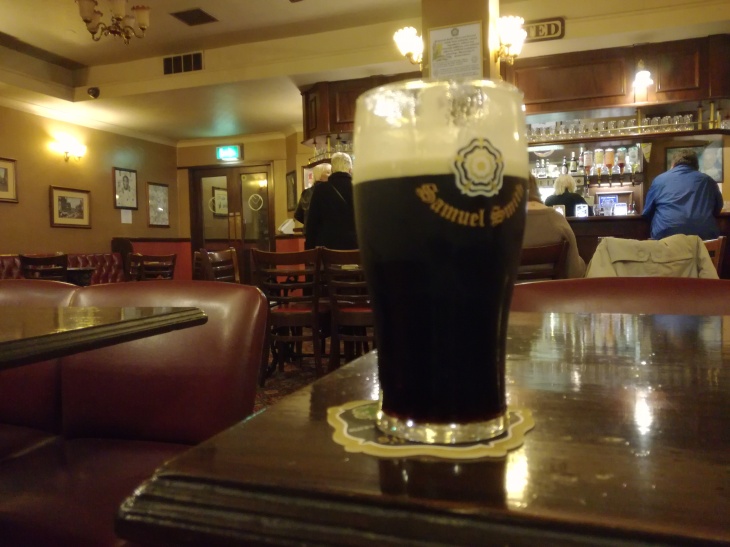 Banter next to me was BRAPA-esque, as the star turns at a big gig by ’80s legends was recalled.    “Bananarama, Boy George, Billy Elliot…”  “You mean Billy Ocean ?”

But the highlight was a chap walking the pub asking to look at our fingernails, perhaps the first occasion in a UK pub.  It transpired he’d got a 5p piece stuck in the fruit machine and needed someone with nails to extract it. You don’t get that in an Ember Inn, I can tell you.

*I don’t really have a bucket list of pubs, of course.  But if I did, a pint of real Bud in a sports bar in Chicago would definitely be on it.