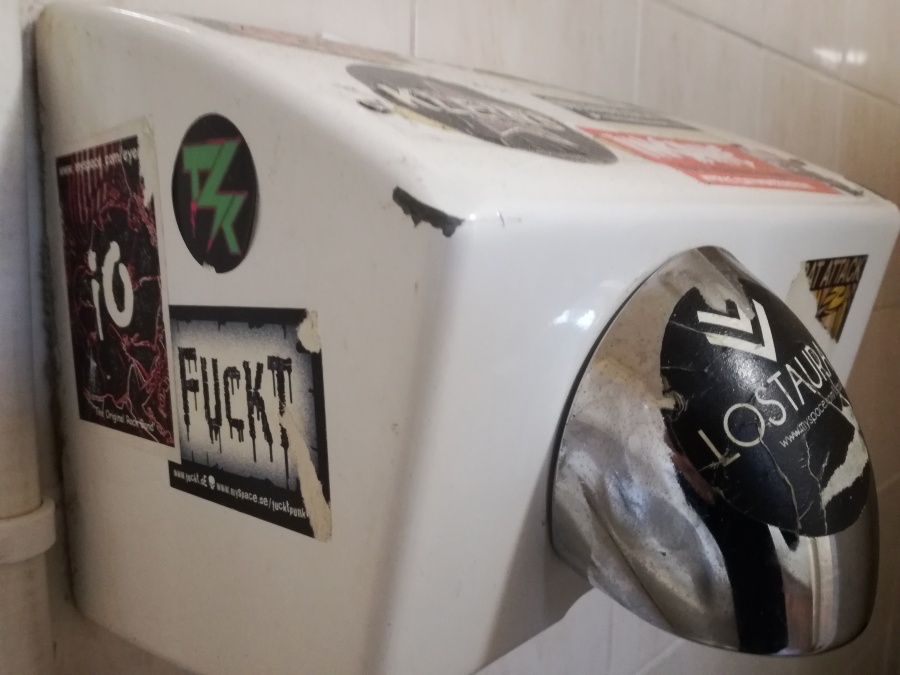 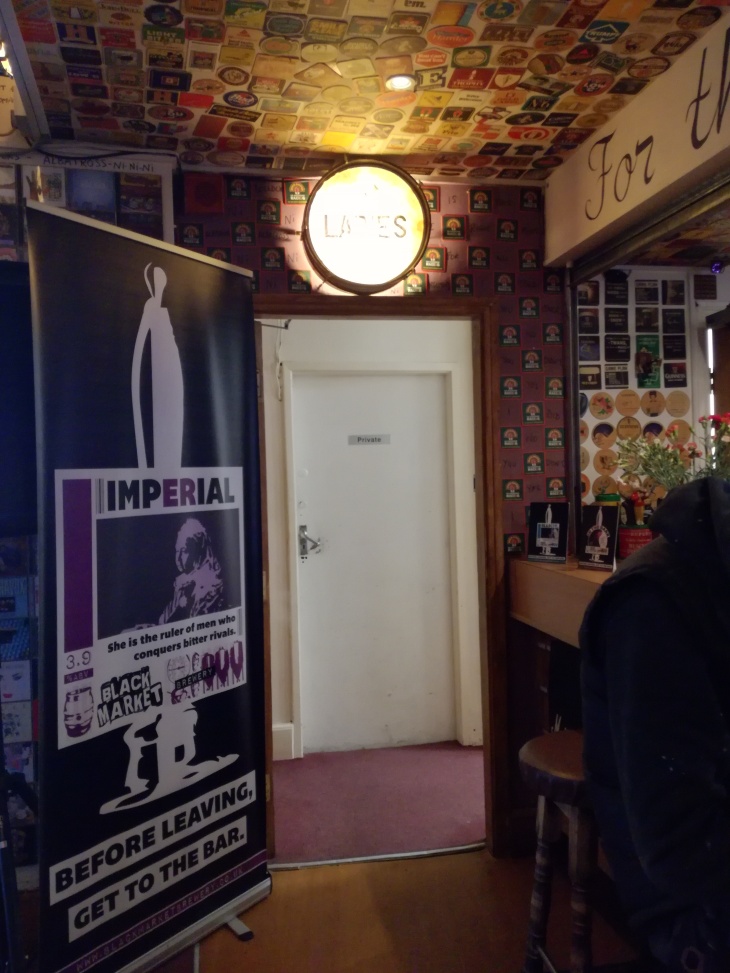 Whinge over, no sympathy forthcoming, so forward to the past and a great pub in a place you don’t expect one. 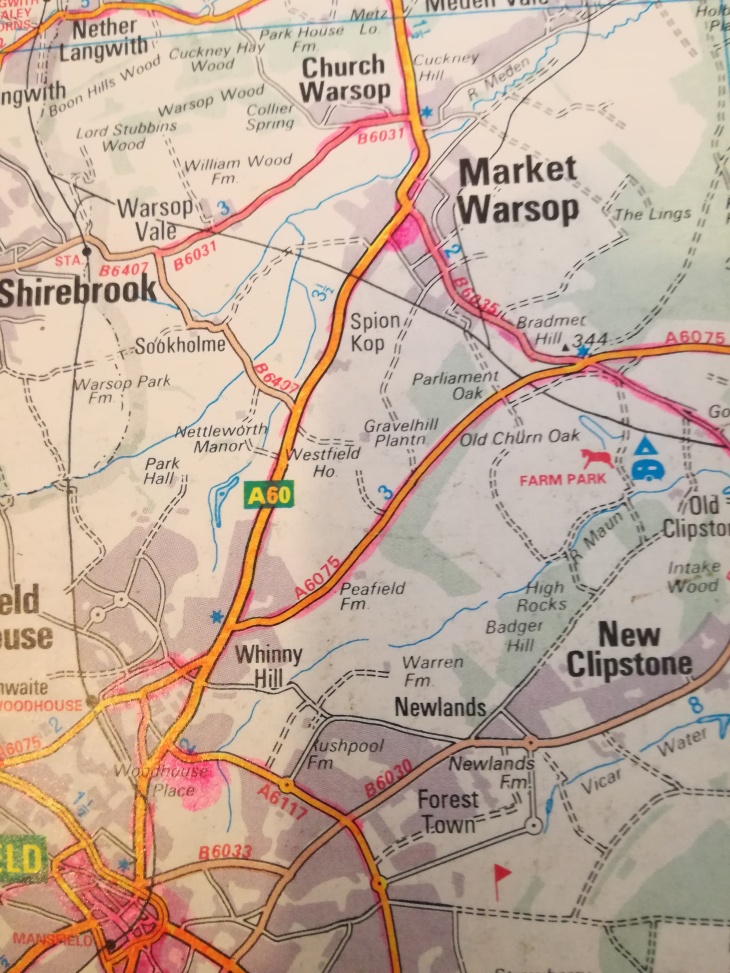 On my days off from the hard grind of blogging I drive gentlefolk around town for our voluntary car scheme. Most people seem to have moved to Waterbeach from more interesting places, and occasionally I get to compare notes on pubs in obscure parts of Kent or Norfolk.

One lady had moved from Warsop in North Notts, a town I’d never stopped in, though at least I knew it wasn’t as posh as Mansfield Woodhouse.

So imagine my delight when the Black Market Venue made the Guide, certainly the first Warsop entry in my GBG ticking life.

The minimal Wikipedia entry for Warsop is a delight.  Half the history section is taken up with the following revelation;

“Street Sweeper Barry Snowdon, a Mansfield District Council employee who works in Warsop, won the Bravery category of the Local Government Council Worker of the Year Awards in 2009“.

Barry is one of 11,999 residents, which I guess made me the honorary 12,000th during my hour there. I’m guessing it doesn’t get a huge influx of tourists from CenterParcs.

I’m still not sure if you need to add Market to the name.

It’s quite well pubbed, but the shops stand out. 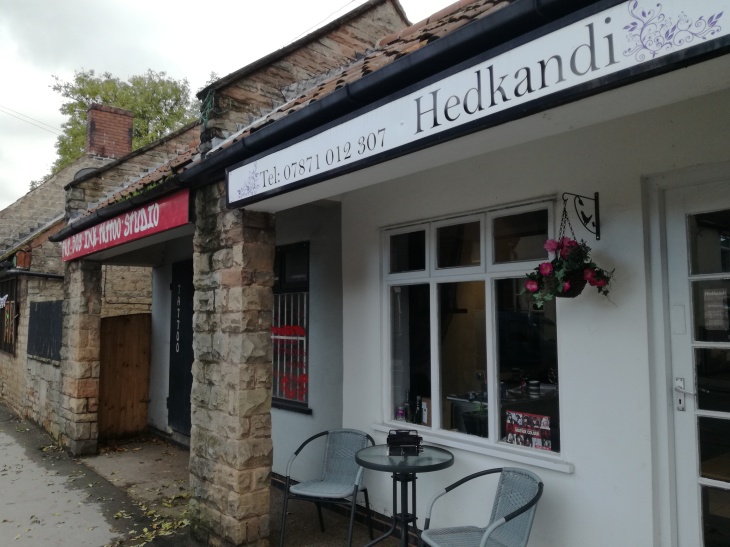 Yes, HedKandi, Fashion Flair and Grandma’s fruit pies on the same road.  Take that, Cambridge Grand Arcade.  They also have Euronics and Boyes, which Cambridge lacks.

Northerners (and this IS the North, despite what Alan and Mudgie will say) get proper shops selling proper cake.  I had four of the Eccles cakes. Magnificent.

Folk like me who like staring at Old Folk and shops will find Warsop all they need.

Activities for normal people can be found on this Facebook page.  How can you not fall for a place whose Fire Station (5*) is its top attraction. My son Matt would have enjoyed the video games at Retro Play, had it been open.

Good job the pub (looking more like a double glazing shop to be honest) was open, just for a change. 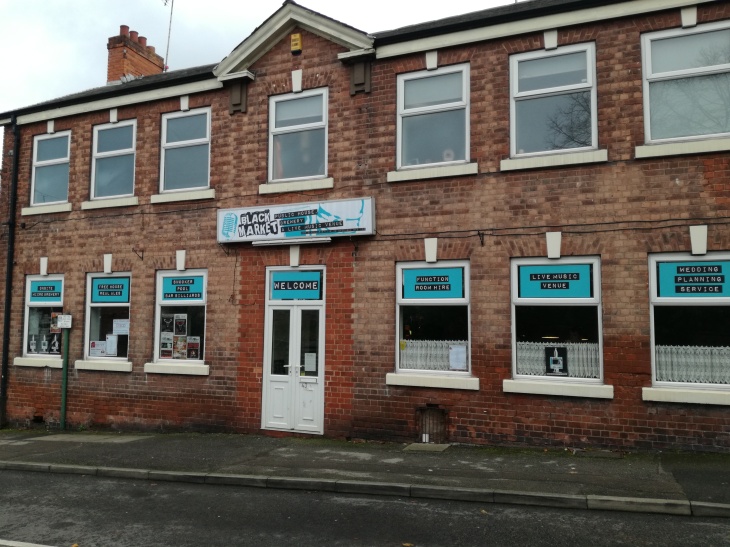 The Black Market is described as a Venue, which means you get live music and FUN.  Live music from acts as diverse as Rob Tognoni and Sean Webster.  Rock on !!!

Pubmeister caught this place on a quiet day (here).  On a Friday with a big group of lads clocked off for the weekend, I thought it was a wonderful pubby experience.

“Margaret !”  boomed a voice as three of us stood at the bar awaiting service. The bloke who served us didn’t look like a Margaret, but that’s Notts folk for you.

A beer at £1.75 a pint sold itself and our host was honest enough to tell us he wanted shot of “In the Dark” quick before it went sour.

It was a tiny bit homebrew but several days from sour, and silky enough for me to score an NBSS 3.5.

More than that, this was a little treasure of a place to enjoy a pint.  A variety of areas to hide or chat, proper seating, beer mats, tat and some great (and relatively polite) banter. More of the feel of a northern social club than a brewery bar, in fact.

The lads on the next table were on the Carling and Guinness, which may account for them mistaking Orbison for Elvis on the music channel. Easy mistake to make, it was “Only the Lonely“.

“You alright then, me duck”  one chap asked, as I headed for the ladies loo.

Not having the guts to tell him the truth*, I acted lost. Great loos.

*I was photographing the John Smiths beer mats on the wall.