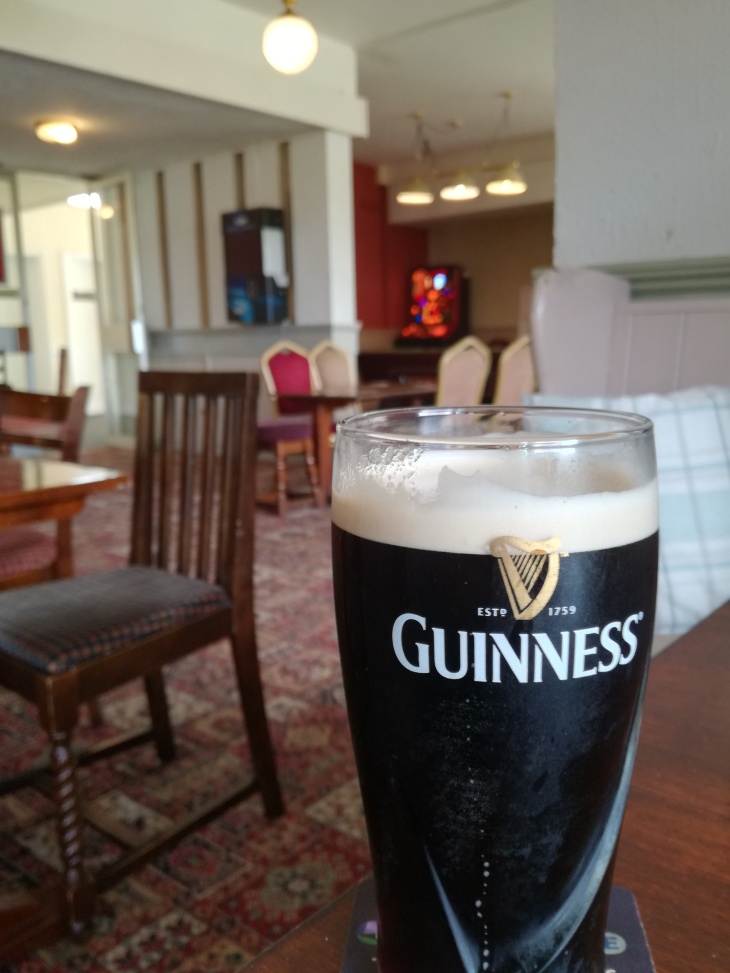 According to my photos, which is the best chronological record I’ve got, my next trip out was to meet Cambridgeshire pubbing legend Pint and Pubs.

An exciting walk from the station that manages to miss out all of historic Cambridge (apart from my old NHS offices on Union Lane); 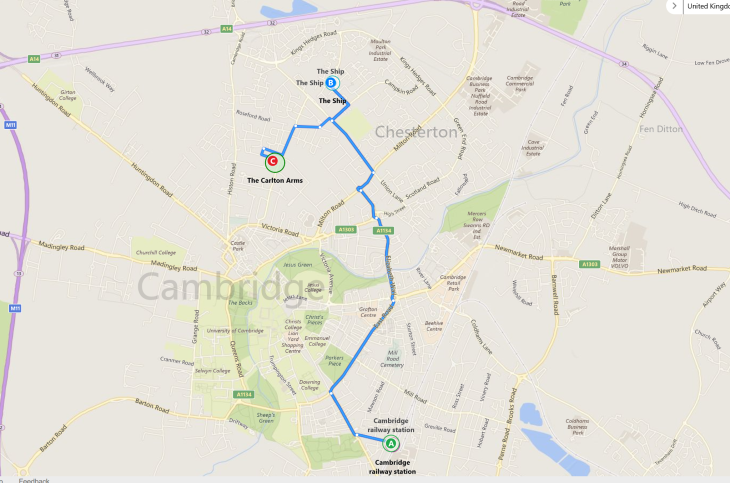 Only a week ago, apparently, but in that time P&P has made two award-winning blog posts out of it and Biggsy has come and gone. 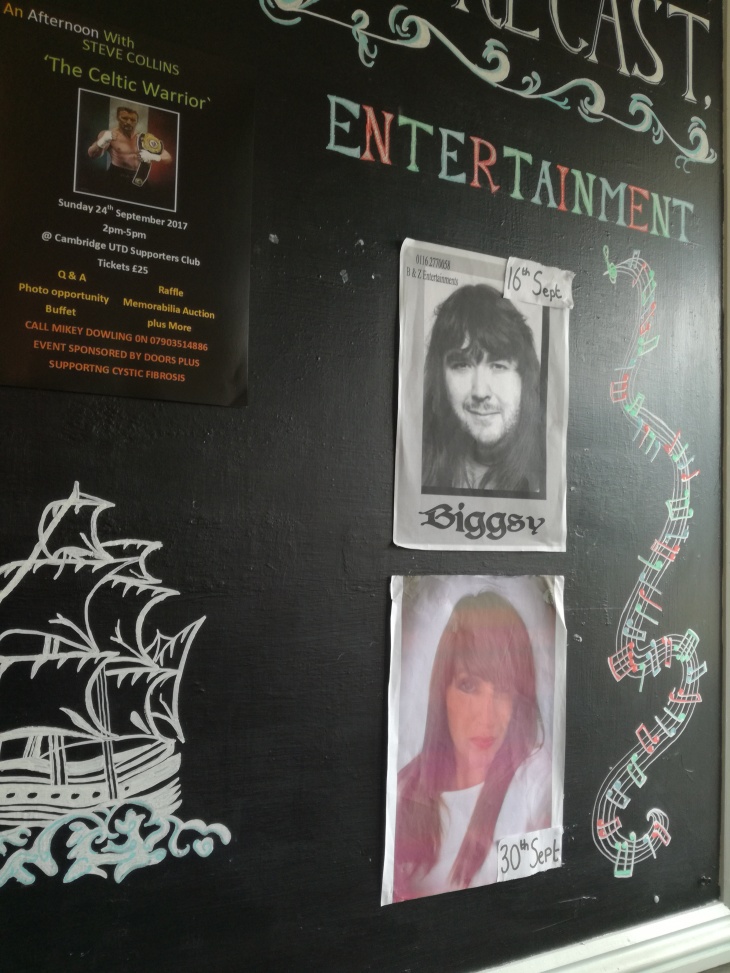 But the unnamed torch singer above(Biggsy’s sister) is still to come on the 30th.

I enjoyed The Ship last year, and it hasn’t changed into a Craft Keg emporium for the folk of King’s Hedges in the interim, thank goodness/unfortunately. 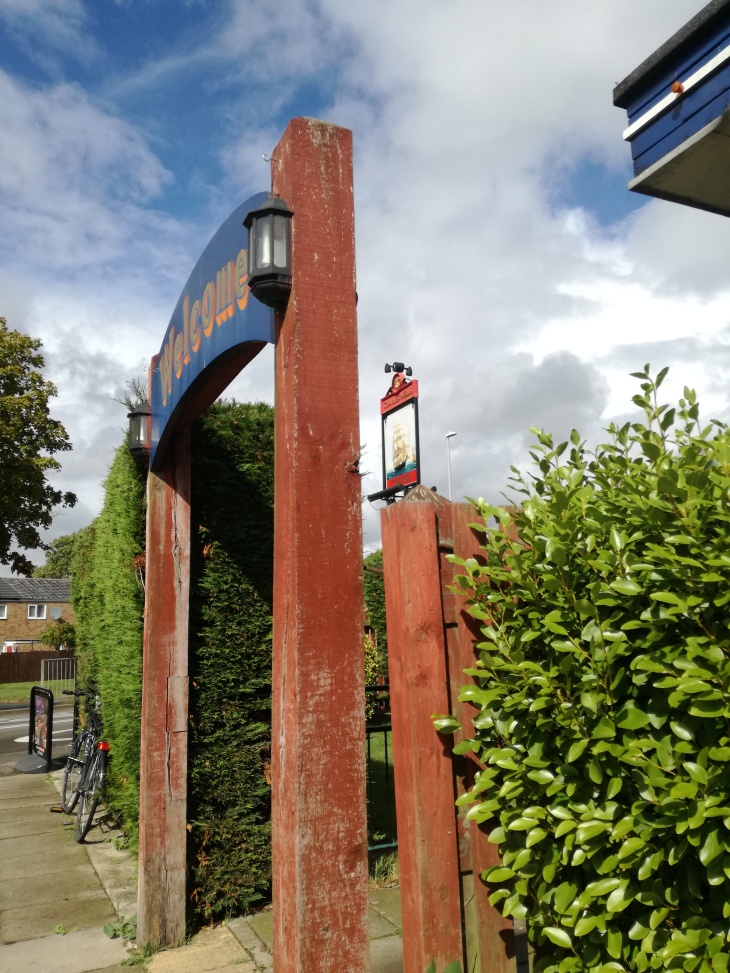 P&P hadn’t braved The Ship before on his quest to visit all the Cambridge licensed premises; I sensed he was waiting for an escort.

Still, he’d beat me there on his BMX and had already picked his Eagle IPA, “surprisingly OK” his verdict.  As you’ll have seen already, I played safer.  It didn’t take six minutes to pour.

At 1pm on a Monday the Ship wasn’t busy, a trio of Old Boys I’d seen last time (still) at the bar and a couple of smokers at the door, none of whom seemed to be watching the tennis.  It’s a good pub for a natter, and the landlady was cheery. 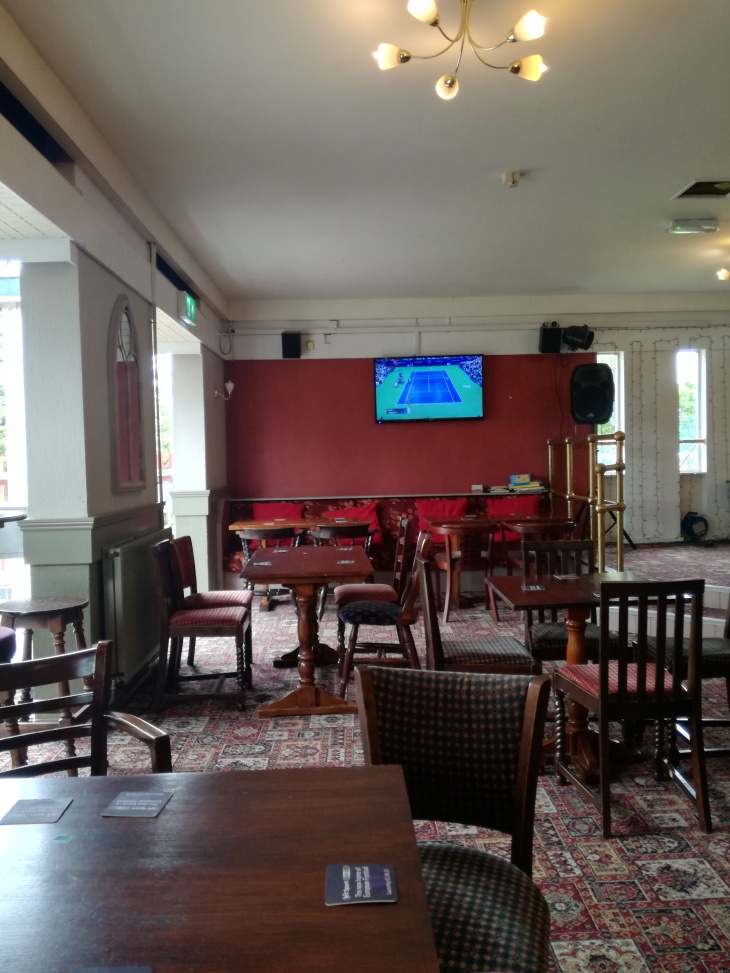 In warmer weather than my last visit, the adventure playground looked oddly attractive after a Guinness, but sadly I’m no longer five.

Your options in the estates of north Cambridge are, to say the least, limited. 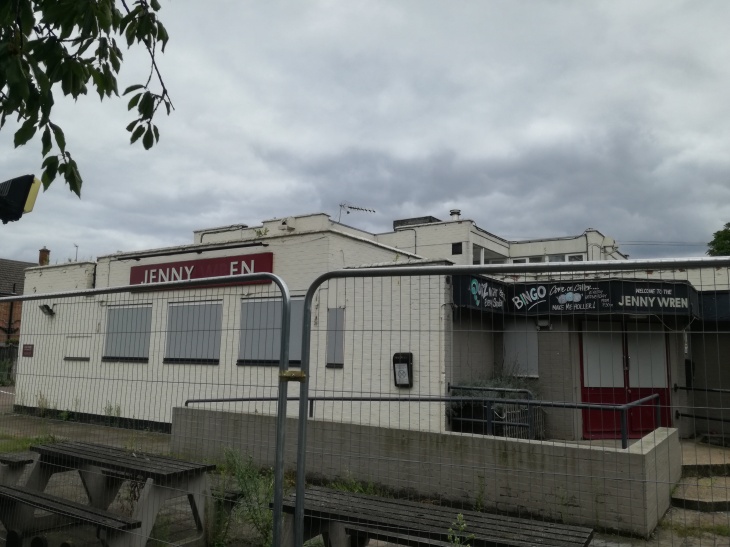 The Jenny Wren closed this year, leaving us the joys of keg Boddies in the Premier Inn. 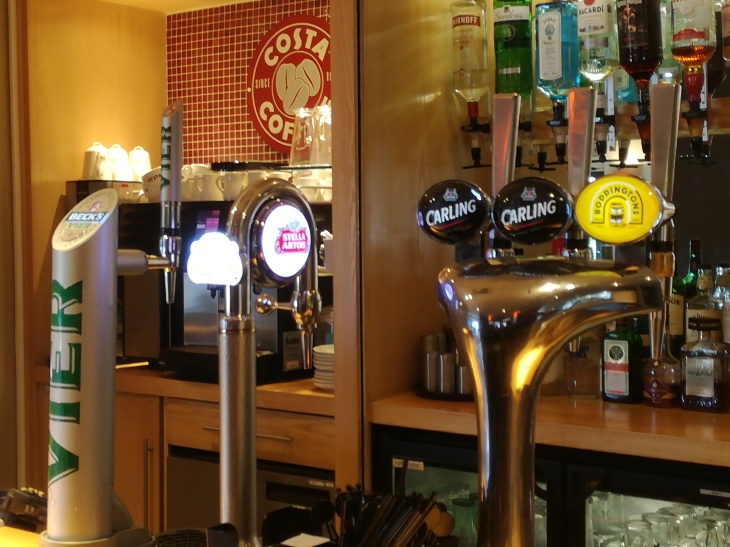 And even worse in the Travelodge next door. Welcome to Cambridge !

The Carlton Arms looked a scary place before Terri and Jethro (of Cambridge Blue empire fame) took it over more than a decade ago, turning it into one of the world’s great pubs (really). 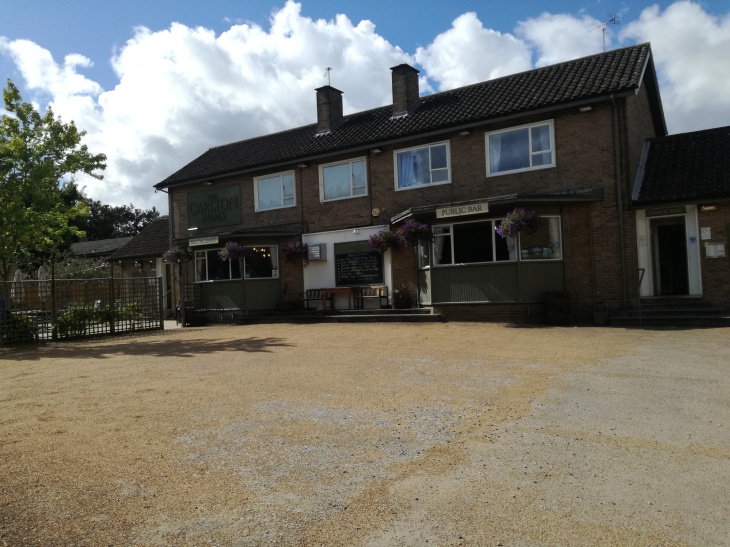 It’s a top community pub, even if the ale range has consolidated a bit since then, though still straight from the barrel. 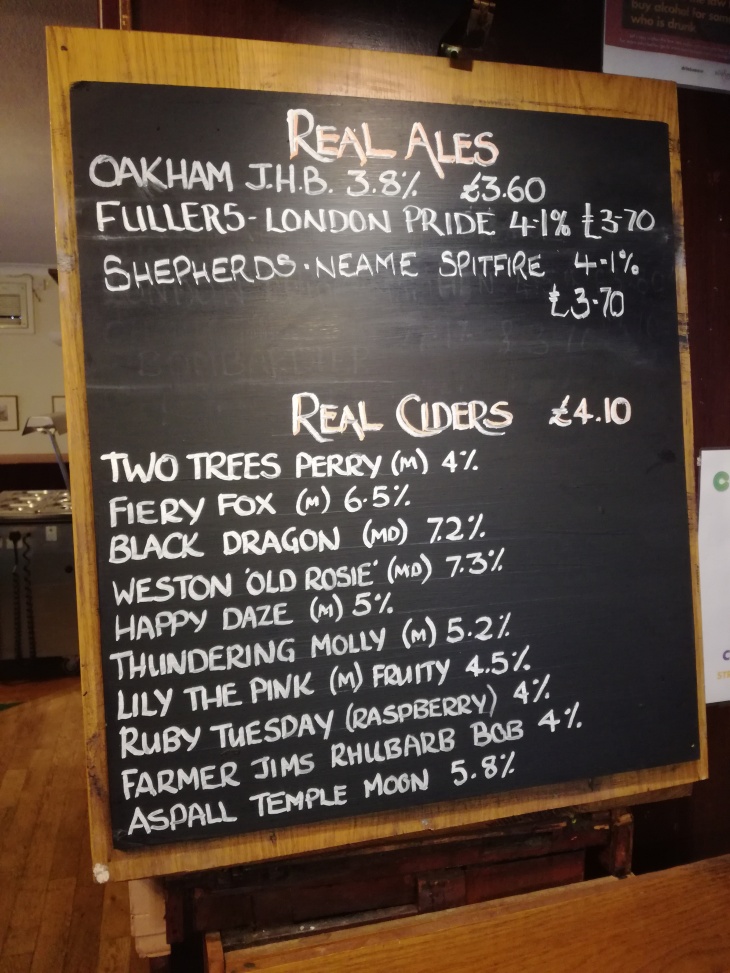 But for a Monday lunchtime, trade was brisk and cheery in the Public.

One of the cheeriest pub experiences of the year, even on high tables, as we chatted rubbish and argued over chart placings for Jocelyn Brown singles.  Pint & Pubs knows his pubs, and his soul music.

I’ll gloss over his conspicuous photography in pubs. 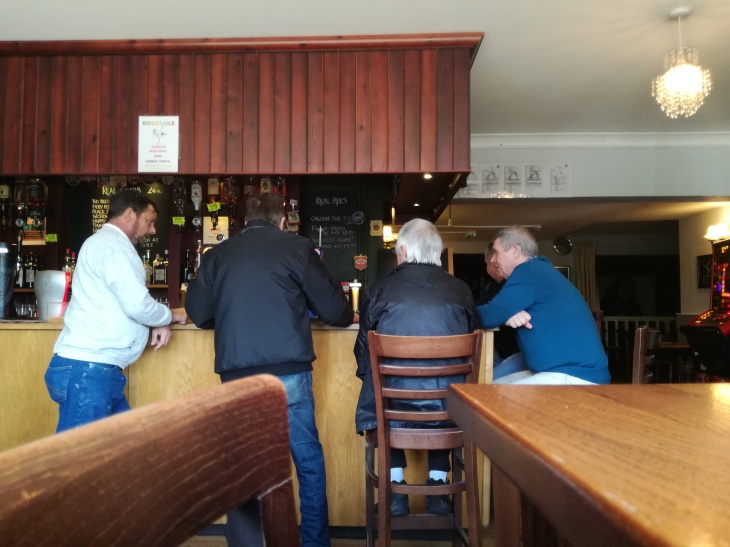 Just as importantly, the Oakham JHB was nectar (NBSS 4+). 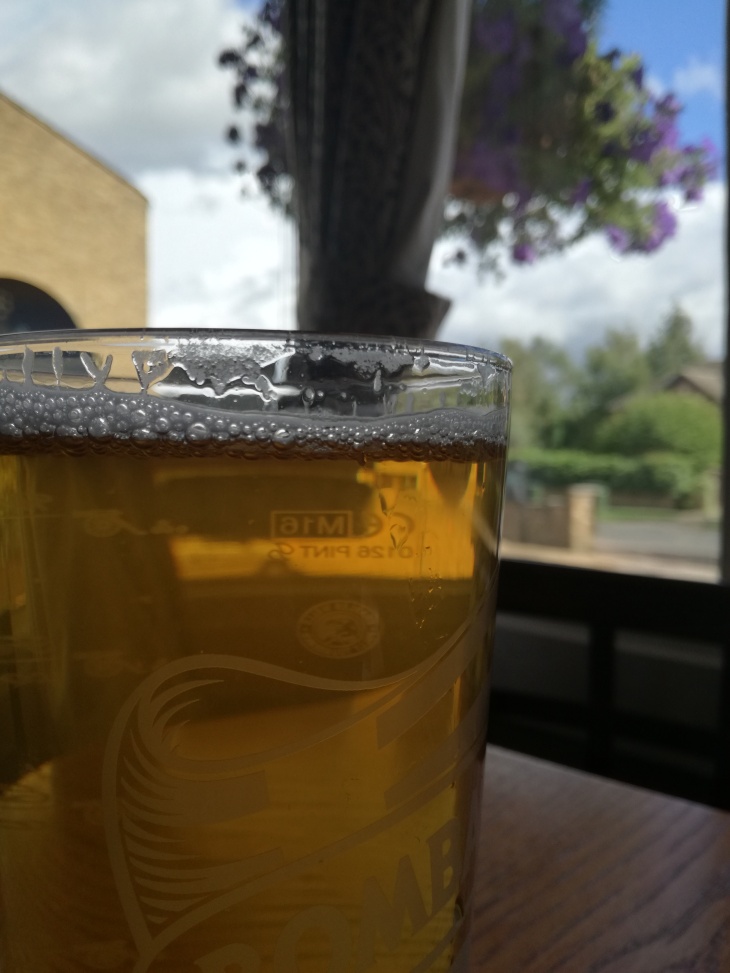 So good that we were chuffed when a local gave us his pint ordered by mistake (what could he possibly have asked for that sounds like JHB ?).

So good, too, that we both vowed to go home immediately and enter our NBSS scores.  If the Carlton beer is this good consistently, it ought to have a shot at a return to the Guide.

The Landlady gave us a tour. Much of the breweriana has gone, but the lounge is still quirky, and you can’t beat model ships in pubs. 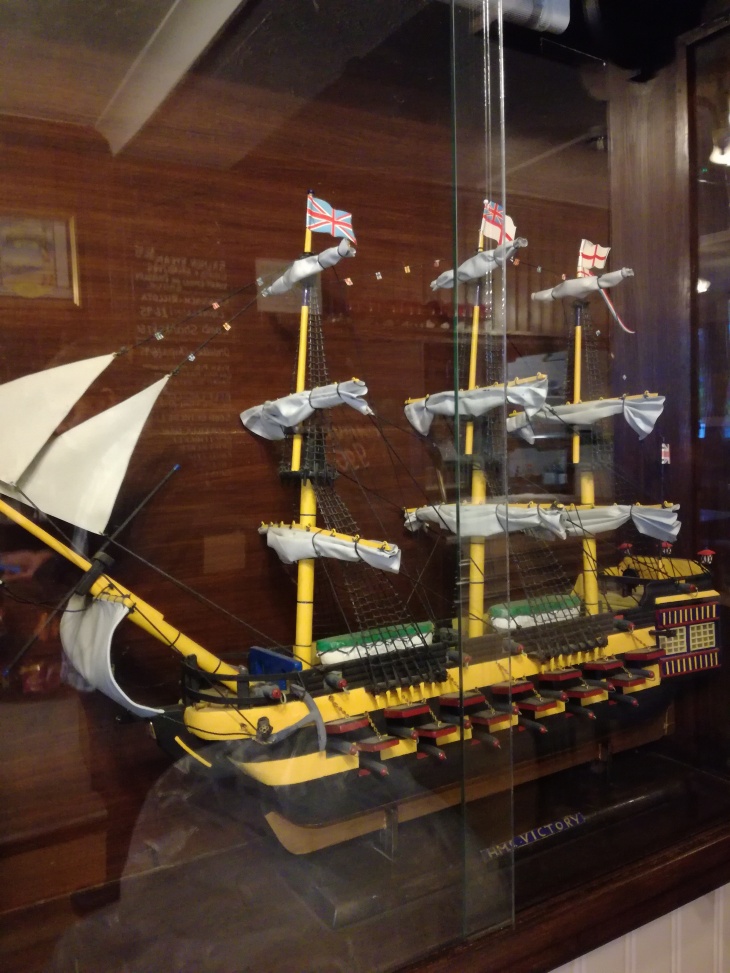 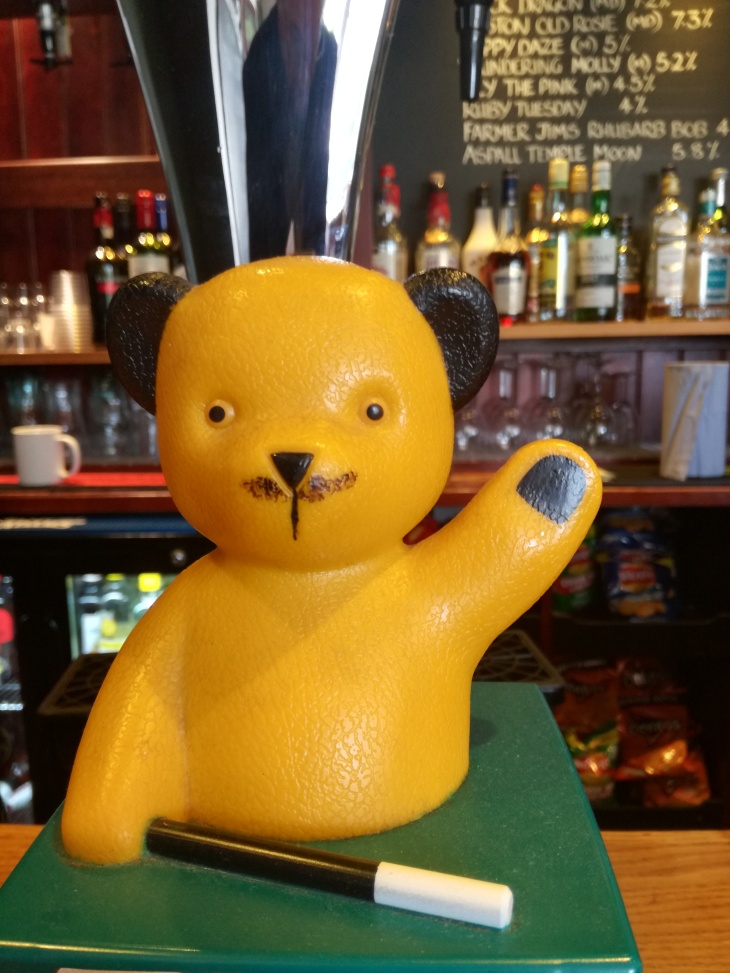