I see CAMRA have organised another event in a giant hangar to show how many billion beers there are potentially available in the UK now.  So many that they haven’t got space for Dobber IPA among all that home brew.  If anyone has tasted all 900 this week, I’d love to read about it.

The GBBF is another example of how CAMRA has taken it’s eye off the ball, focusing on hats made out of balloons and prosecco rather than beer quality and the availability of flat Bass in every GBG entry.

Fortunately, great basic pubs continue to survive without craft keg and Spoons vouchers, including a new one in the depths of Radnor Forest.  When your nearest town is Knighton, you’re officially remote.

Wonderful scenery on the exciting 25 minute walk from a station seemingly located in a different country (perhaps it is), particularly if you love sheep as much as I do.

And, joy of joys, the Greyhound in Llangunllo has outside toilets. 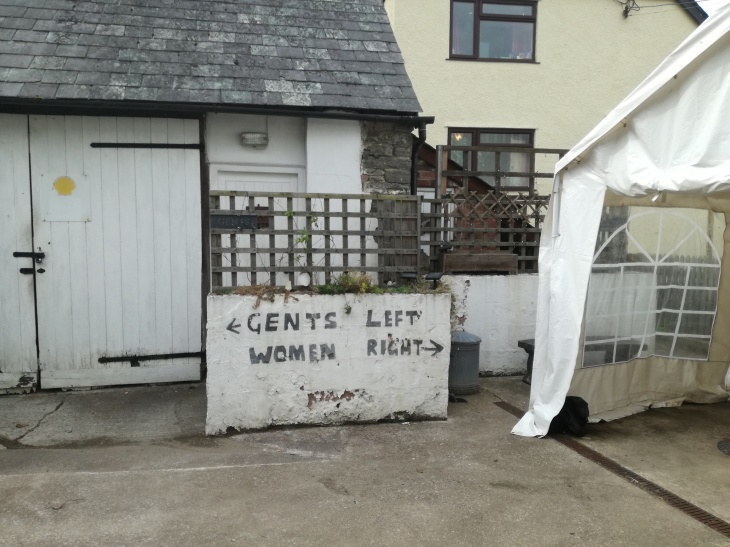 It also has that bane of the pub tickers life, which WhatPub delightfully calls “approximate opening times“.  At 5pm on a Saturday, the front door looks very, very closed. That’s because you enter by the back door. 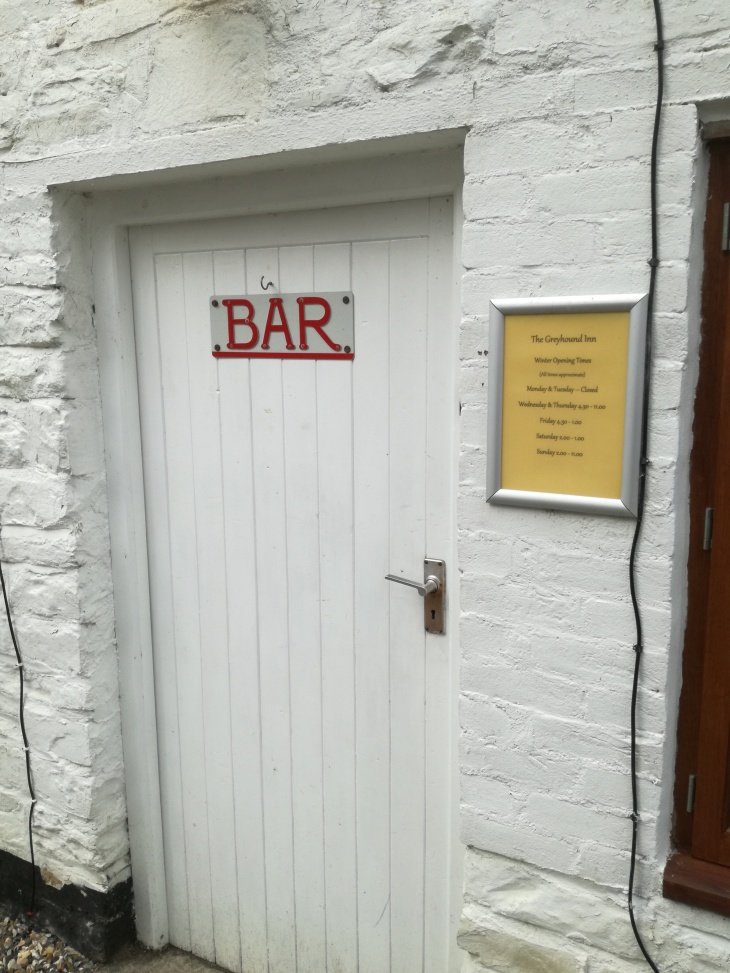 Notice, if you will, the opening times clearly displayed at the door, affixed with Martin Luther like firmness (CAMRA in-joke).

Great pubs give you welcomes like the Greyhound did.

Cheeky, irreverent ones. “What kept ya“, rather than “Will Sir be dining tonight ?”.  You could have been in the Olde Vic.

I didn’t take notes; you don’t when you’re engaged in conversation.  But a group of half a dozen locals were legends.  One of them was 103 (“104 next week“).  The rest of them appeared to be from Sedgeley.

They’d guessed I was there because of the GBG entry, which clearly meant the world to the landlady, and well-deserved it was if the Six Bells was typical (NBSS 3.5).

But really, come for the CamROT approved (by me) toilets, the best since the Vetch closed. Just don’t miss the train back.

NB. I hoped the Campaign for Real Outside Toilets had some substance, but all I could find on the internet was this.