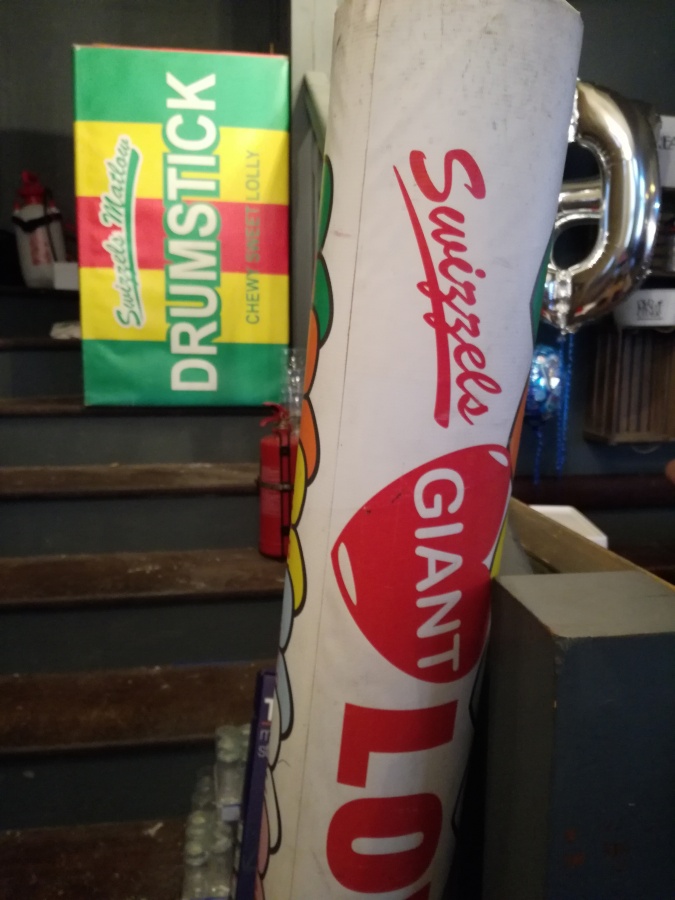 Enough of East Angular for a while.   I might report on Littleport if I can bear it.

I had a couple of days recovery while Mrs RM drank her Southwold present. 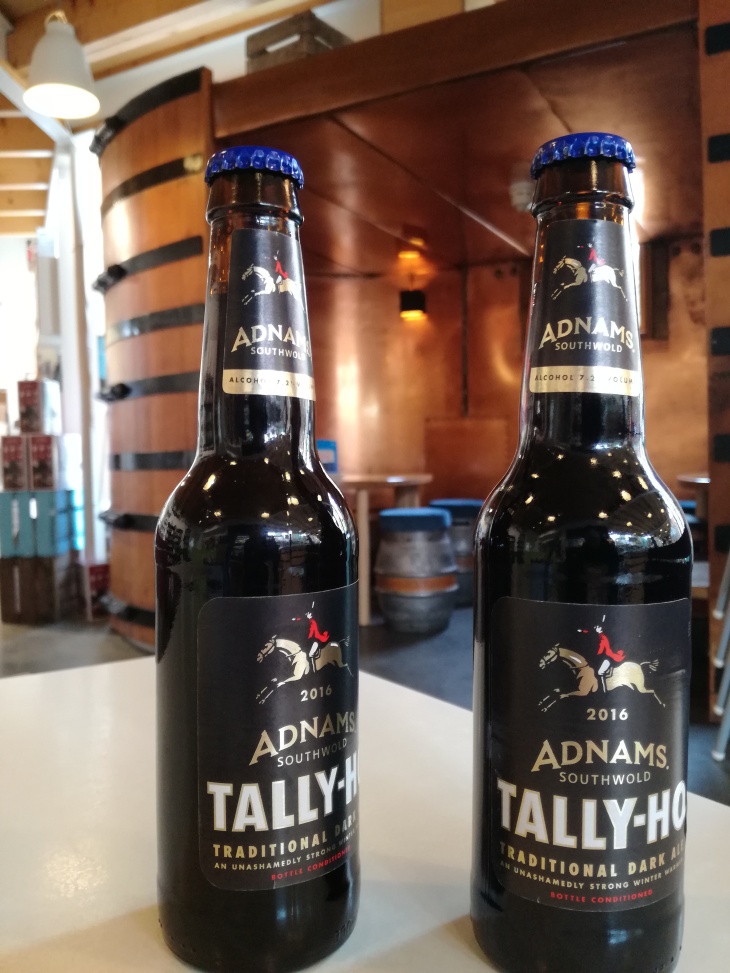 By Saturday we were going mad so I suggested a day trip to the Dales.

If nothing else it’s a chance to stop at Ikea, I said helpfully.  “Grrr” said Mrs RM.

So the last two Derbyshire GBG ticks for 2017 are primarily down to her. 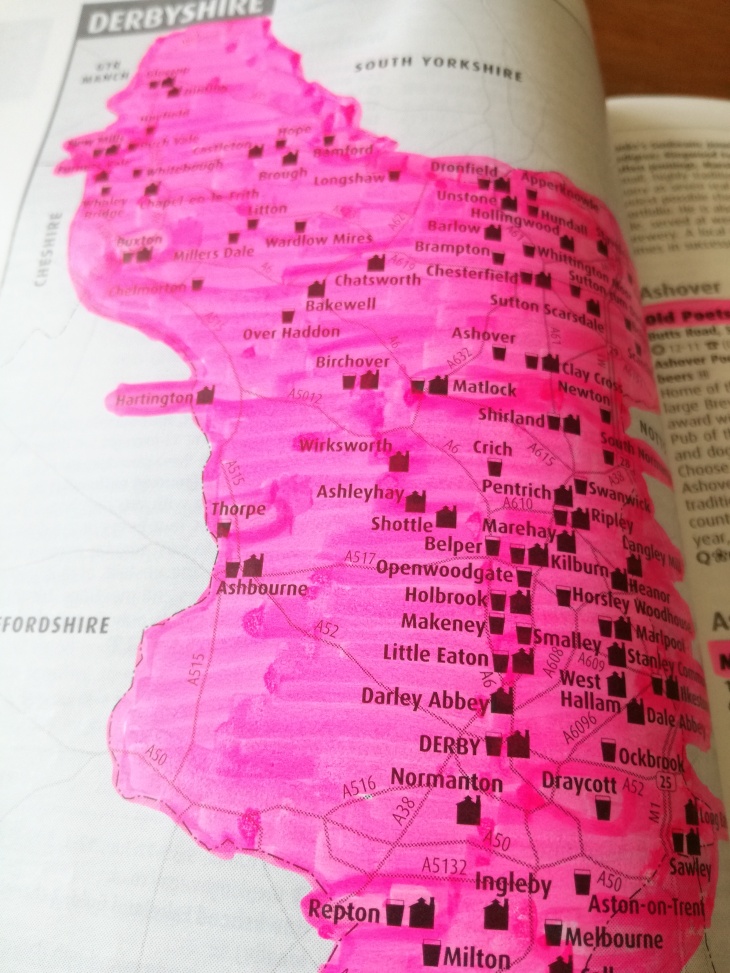 I still get to pink the Guide in, though.

Matlock has never held the same appeal for me as Belper or the villages around Clay Cross.  Perhaps it’s the tourists, perhaps the congested streets, perhaps the lack of a great Bass outlet.

More likely I just resent paying £3 for 2 hours parking alongside the Derwent. I took to it in the sunshine though. Lots of impressive stone buildings housing “vintage” shops and places called Herd. Never found out what that was.

Or what this juxtaposition was all about.

But I know a good looking pint in TwentyTen when I see one. Shame this Brew Master Pale was being drunk by Mrs RM (“Mmmm“”). 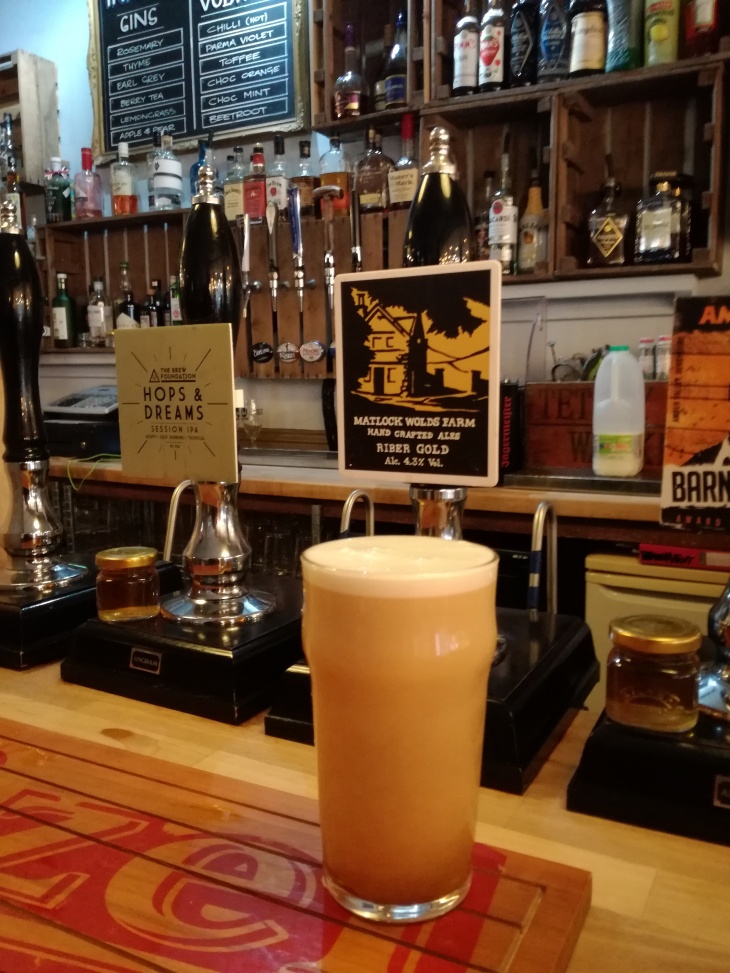 Much in the style of fellow GBG place MoCa, this is a Derbyshire take on the café bar that caters to a wide range of punters and seems to care about the cask (“It’s all going fast“) said the landlady in answer to my search for the fastest selling beer.

Mrs RM liked it, despite the raised levels which are a bit of an assault course when you’re 5ft 0″ and carrying 2 bags of crisps. I  always imagine Matlock as stuck in 1983, so it was no surprise to hear the hits of Mrs RM’s youth playing.

“You can’t hurry love” and “Gold”  suited a large party which may well have been celebrating a 50th birthday party (Ollldddd), as did the weird Swizzels memorabilia.  What’s wrong with a Bass mirror ? 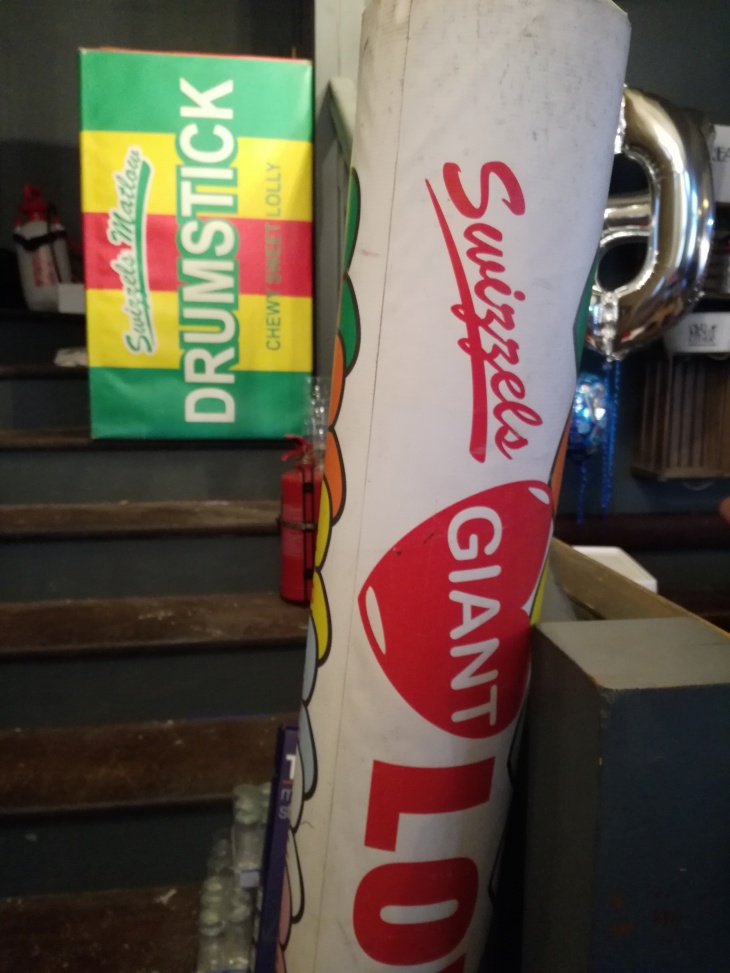 I was happy enough watching blokes standing at posing tables eating Pieminster pies, so I let Mrs RM have one of their homemade vodkas.  And a pie (I had a scotch egg). We then had a big dramatic argument as I ordered a ginger beer with Mrs RM’s vodka. Keen readers may remember a similar tiff over drinks orders in Carmarthen last year; Mrs RM never forgets.  If Simon had been there he’d have enjoyed our territorial dispute.

The food was great, the beer was very good, the service top notch. 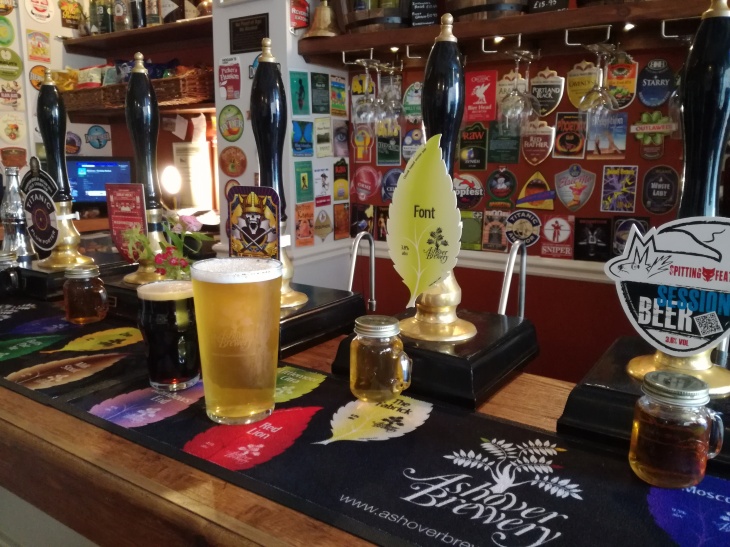 This is visually the most micro of all micro pubs I’ve been in this year. Local Ashover Font and the inevitable Plum Porter are the most predictable of beers, and £3 a pint a predictable, if welcome, return to micro prices of old.

A sip of that Ashover told me quality was high here, though on Saturday afternoon there was just the one professional drinker and, bizarrely, two girls from the next door beauty salon drinking champagne.  Have they no shame ?

Musically, we moved on from 1983 to 1989, enjoying mid-period Tom Petty and Fleetwood Mac, much to the joy of our Beautique workers, possibly the youngest people ever seen in a micro pub.

We admired the Council buildings,

and I would have taken Mrs RM to the delights of the Thorn Tree, but it was too steep.

And that was that, bar an excellent coffee and cake at PeliDeli and an exploration of the cutting-edge public transport options. 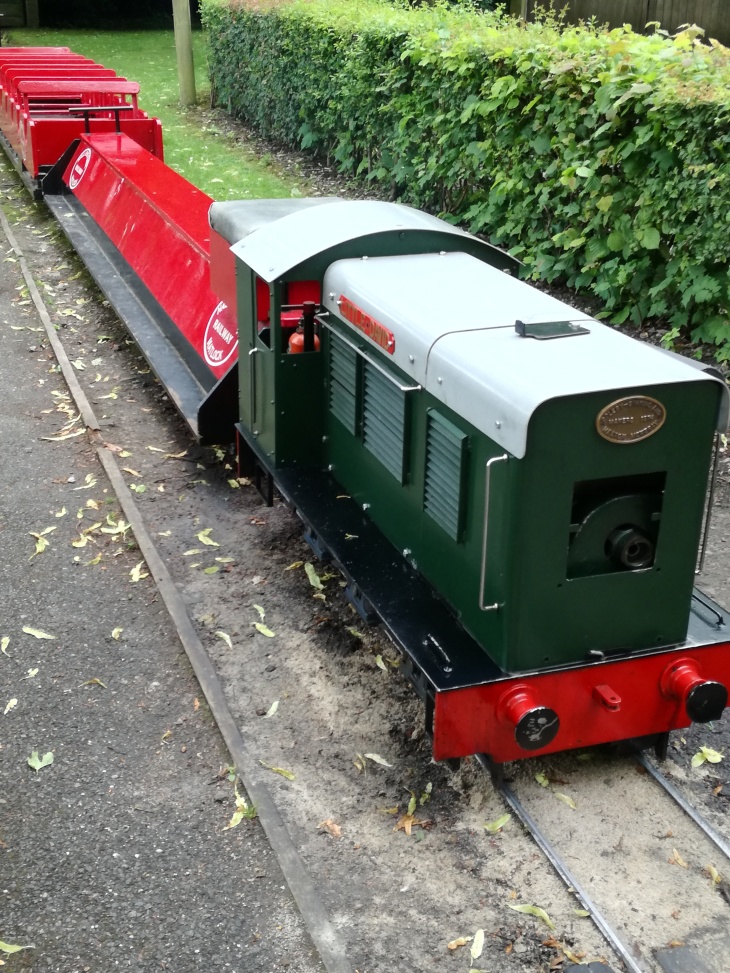 Derbyshire complete.  Four pubs in Matlock, all scoring NBSS 3.5 or better, but the town still feels a bit under-pubbed and over-cafed.  Perhaps someone will open a pub just selling Draught Bass.  Perhaps not.