A second interesting post by Pub Curmudgeon today, with some reflections on the qualities of “Ordinary Bitters“.  I take the view that almost any of the established Boring Bitters, Brown or otherwise, can veer toward greatness when expertly kept and served.

I’ve never had a great pint of Everards though.  Or a bad one. The Original was a star in the Anne of Cleves in Melton Mowbray years ago but that was when a 5.2% beer felt very daring, rather than the lightweight it is now. The great beers in Everards pubs tend to come from their Project William guests.

I’d never been to a Beer Guide pub in Long Buckby before either, as the WhatPub description for the King’s Head delightedly tells me this is the first entry ever for this large Northants village. I’ve never seen a more detailed description, or a fuller set of pub feature symbols, for a pub.  It only lacks an underground station. 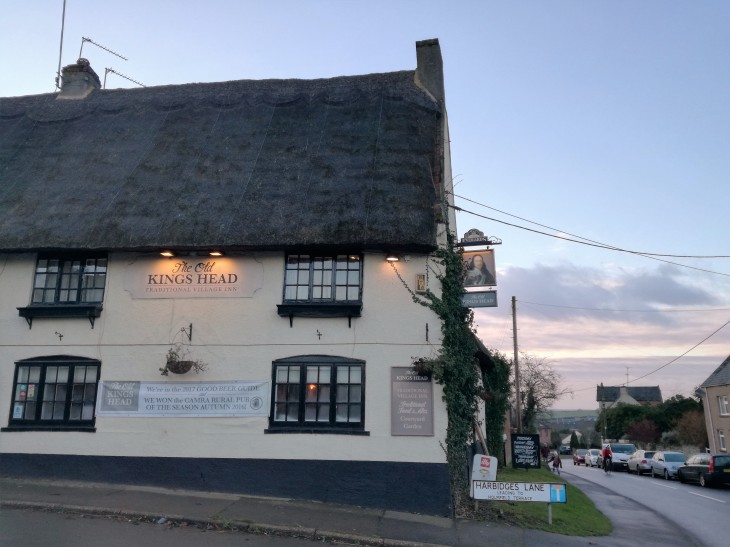 There’s not a lot to say about Long Buckby itself though, with even the old motte and bailey totally obscured by new housing developments. Hopefully Dick and Dave are able to identify the most famous former resident from the title of this post.  They’re probably on their way to Washington right now to perform their Small Faces tribute act this Friday (joke, joke !).

Dick and Dave would like the Kings Head, a proper all-rounder of a village pub which maintains an unspoilt, flagstoned public bar, oddly shunned by the noisy villagers in favour of the lounge.  Everards do have some proper pubs in their estate, and this isn’t the only one with a Northants skittles table.  Best not to combine it with darts though. 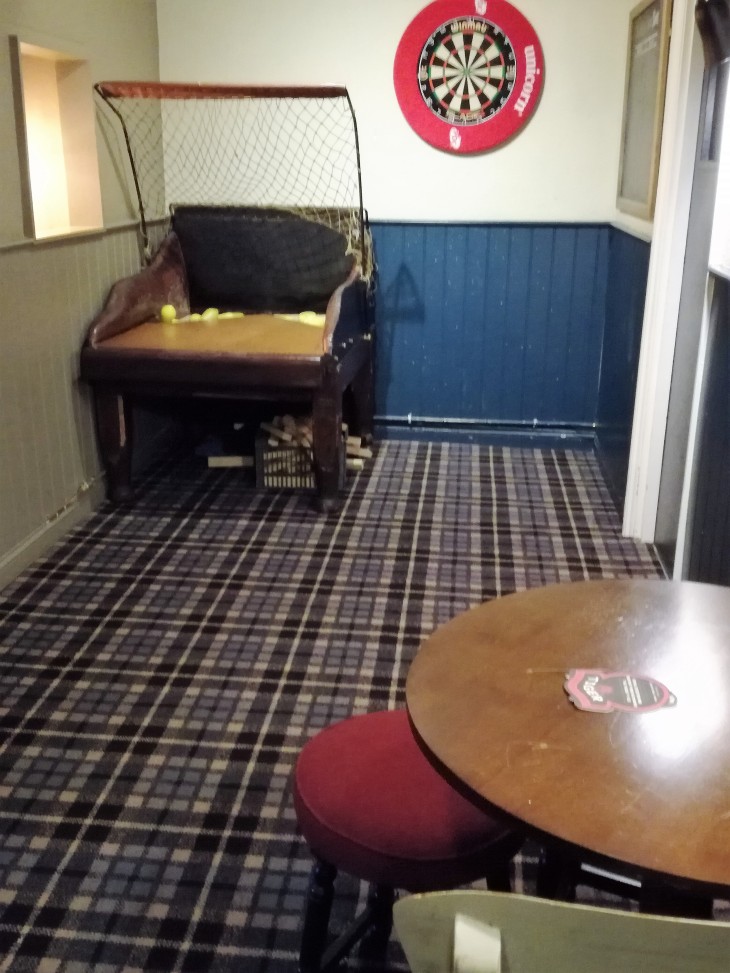 Everards have joined the rebrand craze we all love so much, but I quite like the big words and bold colours.  A shame the advertised Tiger was off, as was the Lincoln Green.

The helpful barmaid recommended the seasonal (?) Cathedral. As so often the case, the special beer wasn’t a patch on the regulars, whether because honey seemed to be the main ingredient or lack of turnover (it was weaker than Tiger but priced higher).  The Bath Special was much better (NBSS 3), something I rarely say about Bath Ales.

The public bar is very relaxing, with just a couple and their dog enjoying their Guinness under the hunting prints.

An eclectic music selection moved seamlessly from “Raindrops are falling on my head” to AC/DC’s “Back in Black”, possibly a first time for that combination.

But the best thing here were the glasses – straight and chunky.  None of that jug nonsense for Everards.

17 thoughts on “EVERARDS IN THE LAND OF HAPPINESS STAN”