I was in the great city of Stoke as a cheap base for my latest trip to the Etihad, watching City reserves play that Glasgow team supported by professional drinkers.  These days, it’s more a case of watching the day-trippers taking selfies and continually standing up to let latecomers take their seats.

Having already ticked off the central Manchester GBG entries, I’m now free to choose a pre-match pint from the world’s second best collection of pubs. Places like this;

Unless I’m heading to the north of town for my occasional healthy lunch here,

I tend to end up in the Piccadilly Tap, which some might say is a lazy choice.  But unless you know the secret word* to get you into The Jolly Angler, the Tap is the closest real ale to the Etihad on my half-hour walk from the station.  They also serve beer in aglass, even when Celtic are playing. 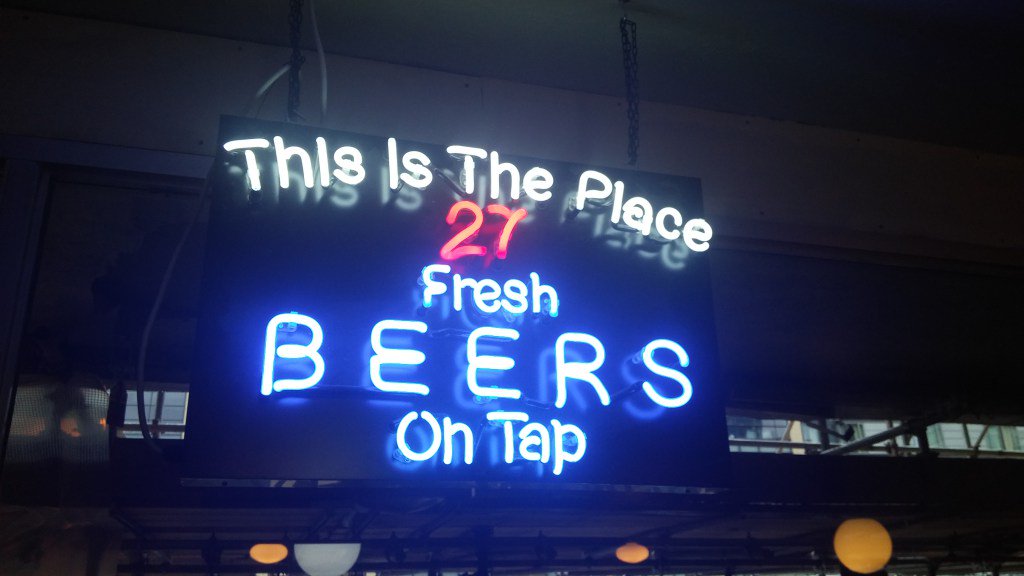 Perhaps it’s because of the scaffolding, but the Tap never seems quite as packed as you’d expect, which means you can always get a seat.  I rather like the communal tables upstairs, a good place to annoy total strangers by asking them what they’re drinking.

But mainly I like getting a good beer quickly, and the Tap has really got its act together this year as far as range and quality are concerned. The well-priced Adnams beers here are always as good as my benchmark in Cambridge, served at what I regard as an ideal temperature.

Lately this has been the reliable place for Cloudwater, albeit a changing beer each time.  That Session IPA (NBSS 3.5) was hazy as described, but I was warned.

All it lacks is proper chips and curry.  Fortunately they’re only ten minutes walk away.

4 thoughts on “TOP PRE-MATCH PUBS No.1 – THE PICCADILLY TAP”