My idea of hell is a week at Centerparcs.  I always struggled to show the required enthusiasm for colleagues trips to resorts at Thetford and Penrith, particularly when they never left the site all week.  Pontins in Southport is more my style; access to the world from that one.

Some people don’t even know they’ve gone to Thetford, as it’s styled Elveden Forest, and I doubt the ancient town gets much custom from holidaymakers.  Until recently, all it got was a clogged up A11 on changeover days, though dual-carriageing has done wonders.

Wednesday brought some of the best weather of the year so far, and although I’m no fan of the East Anglian landscape, the big skies over the southern Forest were surprisingly affecting.

Thetford itself is worth a half-day walking around.  The overall feel of the place is quite down-at-heel, particularly in the brutal shopping area, but it’s packed with things to see. 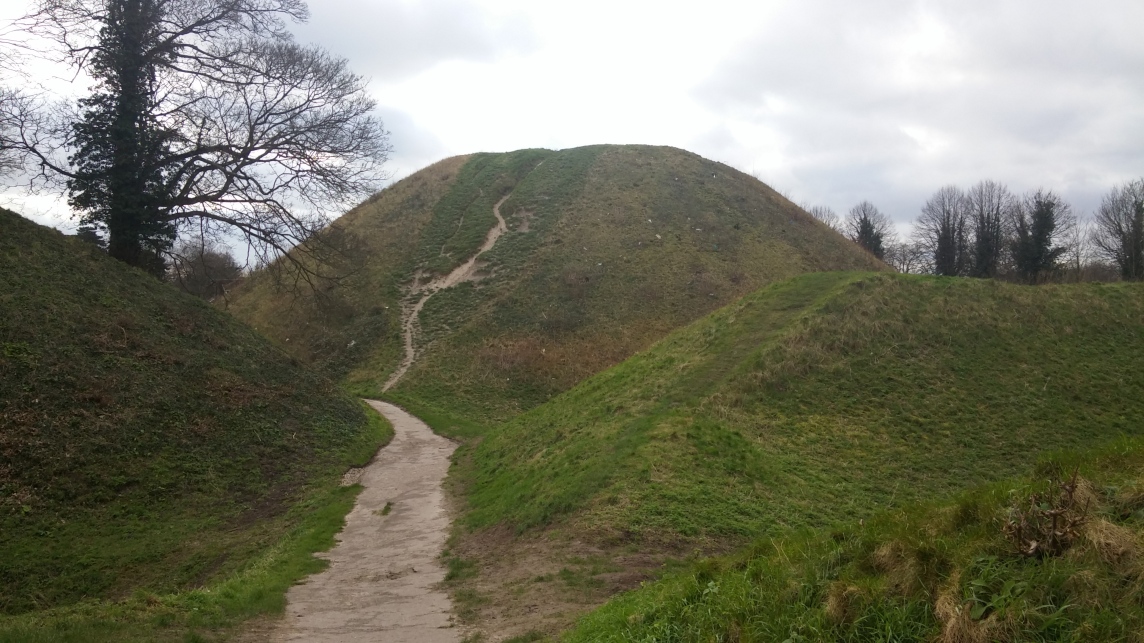 There’s even an authentic hill, by Eastern standards; the castle mound is very atmospheric.  The Albion (Greene King but good) pub had been the best of the bunch on previous visits, and certainly still looks inviting, even if it’s in and out of the Beer Guide these days.

That style of building is common in central Thetford (the suburbs are London overspill at its worst); it can look impressive and austere, as in the former gaol, opposite the former Bidwells Brewery.

These two are in Old Market Street, which also houses the ancient Dolphin and is the gateway to the nunnery and the main riverside walk, which leads to the Priory.

Apart from the dramatic ruins above, the town has some small but worthwhile museums, of which the Ancient House is the most worthwhile.

Unless, that is, you’ve come to see the Captain Mainwaring statue. Thetford is hoping to capitalise on the Dads Army revival (*), pushing its dedicated museum and even renaming some of its central streets.

The two Beer Guide pubs are OK.  The revitalised Black Horse has built on a standard Wherry/IPA portfolio, which I actually prefer to Spoon’s Red Lion, whose vast range includes too many oddities (two Conwy rugby specials) and whose St Peters Best is consequently a bland NBSS 2.5. The Eggs Royale came before I got back to my table as well, which is Great Western standard.

Full marks to the local Council, whose promotion of the town’s heritage is an example to many larger towns.

*I don’t watch much TV.  There’s enough drama to see in a pub.  By contrast, has anyone ever returned a duff pint in The Queen Vic – now that’s drama.