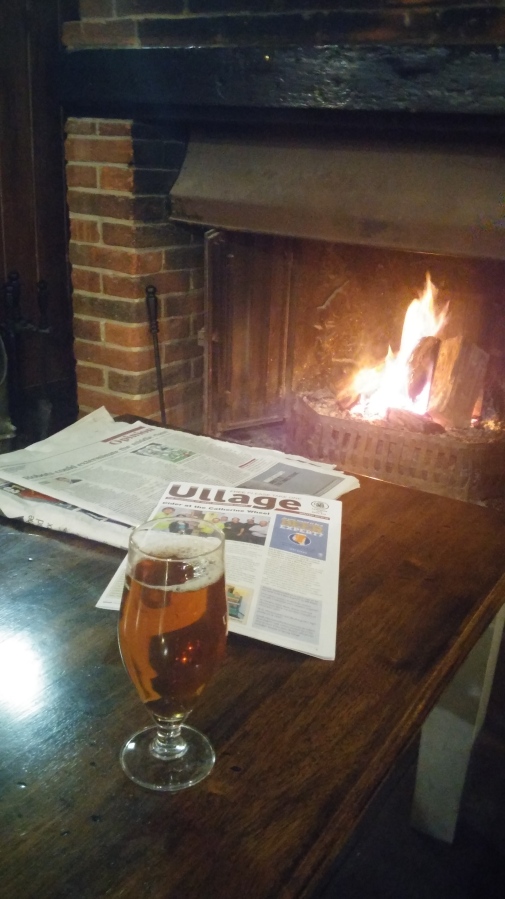 A couple of days in Newbury to finish off Tryanuary, and a chance to see a town that left little impression in the past, bar some decent Arkells on the A4 and a recollection of a lockside Fullers pubs. The cheap, newish central Travelodge has free parking so they’re back in my good books.

I had a mixed view of the place at 8pm last night.  I’d had a good late afternoon walk around the hilly (to a boglander) villages just below the M4, and Curridge in particular impressed.  The Bunk Inn was a typical restaurant-pub, with a decent Upham Punter (NBSS 3), as common round here now as Good Old Boy and Doom Bar.

Pleasingly, the evening was dry enough to walk the town. But there was little to see, and one of the deadest town centres in memory on the night before informal prohibition ends.  It was also very dark.

I wrote about the Friday buzz in Stourbridge, and I do have recollection of the Lock Stock and Barrel being lively before, but my chosen Beer Guide pubs were places of quiet reflection. In The Newbury this gave me the chance to fully appreciate Richard Harris’s MacArthur Park, unfortunately without a decent Punter to accompany it (NBSS 2).

Both punters ordering before me had a mineral water, at least taking Dryanuary into the pub, if you could call it that. The smart but fussy décor would not have been to Mrs RM’s taste.

I couldn’t get much enthusiasm for the King Charles either.  I’ve no problem with Greene King beers but the house beer was dull (NBSS 2.5), and the guest beers predictable.

There are two Wetherspoons almost side-by-side, and again I’ve rarely seen quieter ones. At the Beer Guide Hatchet staff were making their own entertainment in the absence of customers.  To its credit the rarely seen Maggs’ Magnificent Mild was superb (NBSS 3.5).

Micro-pubs clearly know their market, as Newbury’s own version was firmly closed till Tuesday, so my pre-emptive tick came at the cosy Catherine Wheel, where the Andwell King John, a risky choice, was Beer Guide standard (NBSS 3), even if the scatter cushions weren’t. 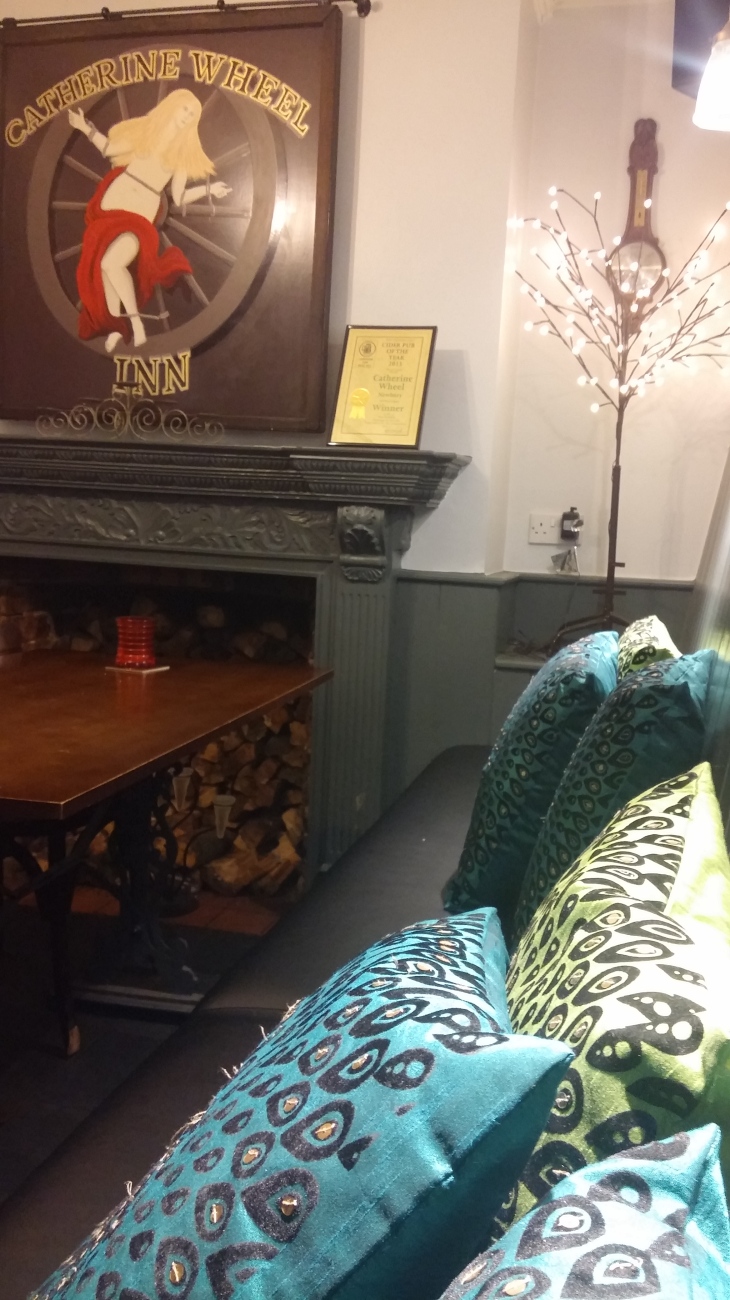 And that was the pubs. In the morning, the town looked a lot better.   The canal walk reveals an unpretentious place with some good parks, although not much is made of the waterside potential apart from that Fullers pub.

I hadn’t seen much great architecture until I stumbled on the (closed) museum, in part of a magnificent old Cloth Hall near the main park.

Some positives then, and no doubt I’ll be back at some point to tick off the Cow & Cask, when I will certainly revisit the Lotus Garden, the Chinese takeaway of the year so far.

3 thoughts on “NEWBURY IN THE DYING EMBERS OF DRYANUARY”