I’m not a great fan of Suffolk, finding the coastal towns of Waveney a little staid, the often heralded villages flat, and Adnams less challenging a beer than it once was.  I do, however, have fond childhood memories of caravan parks in Leiston and the Ipswich Town team of the late ’70s, and Woodbridge, the Shotley Peninsula and the cloths villages of Clare and Lavenham are undeniably attractive.

One of the better known villages, about 20 miles from both Southwold and Diss, is Laxfield, which has a fair few renowned buildings, including the Low House (King’s Head) with it’s much photographed pub interior.  I was intrigued to see the pub drop out of the Beer Guide this year, as I thought management under Adnams ownership had been pretty continuous, and I recalled beer quality in years past as exceptional.  Laxfield instead boasts the Royal Oak in the new Guide, so I thought I’d compare the two.

Laxfield is just about worth a trip to see the Guildhall, housing a small local museum, and has a few decent walks branching out from All Saints, but I can’t disguise how flat it is.  Both pubs, however, are gems.  The Royal Oak is an impressive looking multi-roomed pub with welcoming owners, great tiling in the gents, and a superb view of both All Saints and Guildhall outside in the sun.  Adnams is never at it’s best in halves, but here it was flat and lovely (NBSS 3.5).  On a Thursday lunchtime I was the only customer though.

After my walk I popped down the (very small) hill at the back of the church to the Kings Head.  This was packed with cheery seniors eating from an upmarket but admittedly tempting menu.  The simply furnished rooms are comparable with the Turf Tavern or, closer to home, the Queen’s Head in Newton, and the tap room housing four Adnams beers deserves better photography than mine. 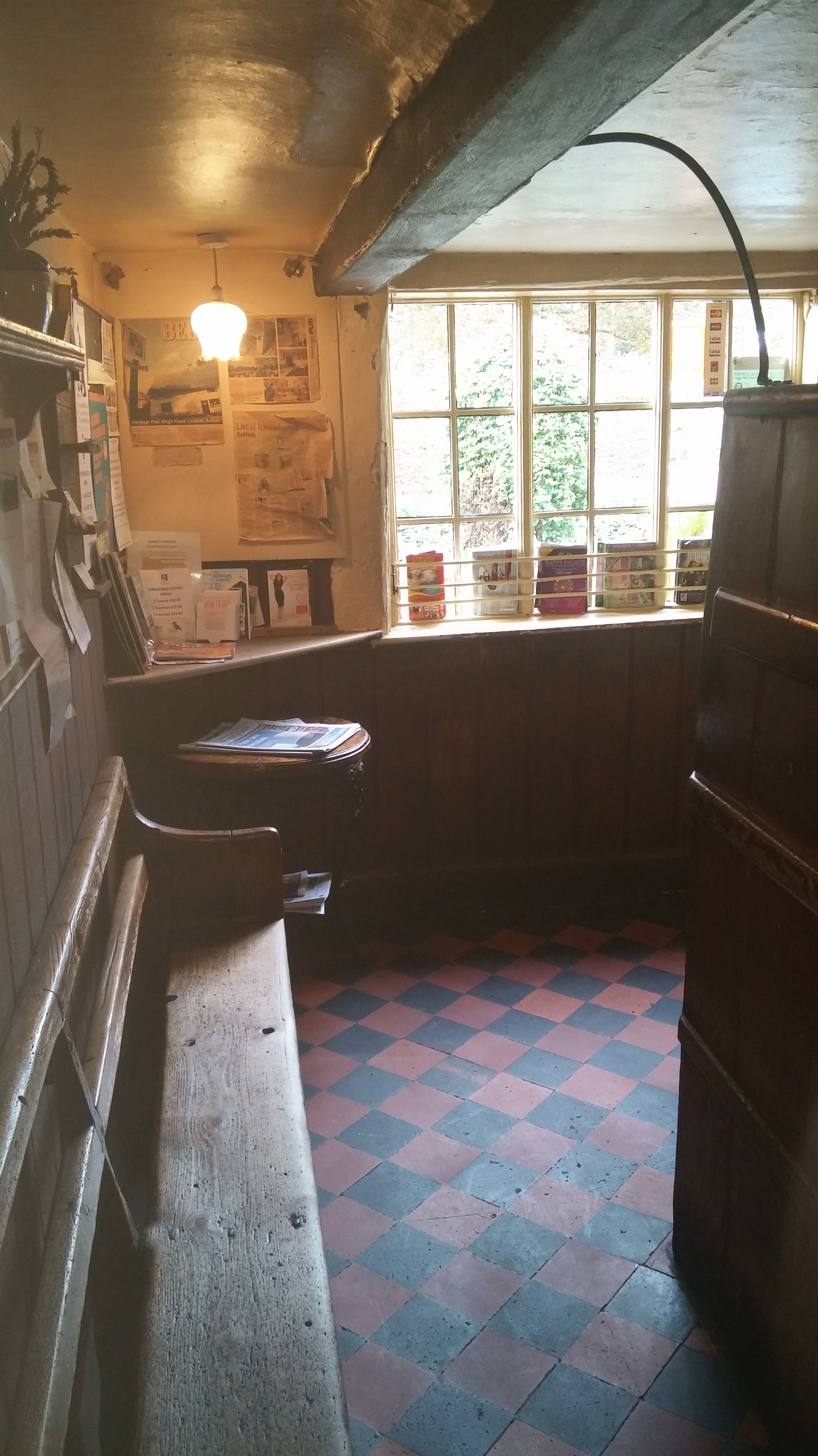 The only thing letting it down a bit was the beer, the Adnams a bit watery despite gravity dispense (NBSS 2.5).  Despite being much the busier pub, more folk were drinking wine or posh lager than beer with their lunches, and those four beers seemed a couple two many.

I’d recommend both these pubs; the Low House is being cared for very well by it’s owners, and is a treat for the eyes, while the Royal Oak serves Adnams at it’s best.  Congratulations to CAMRA Ipswich & East Suffolk for getting their priorities right though.

2 thoughts on “LAXFIELD HIGH AND LOW”