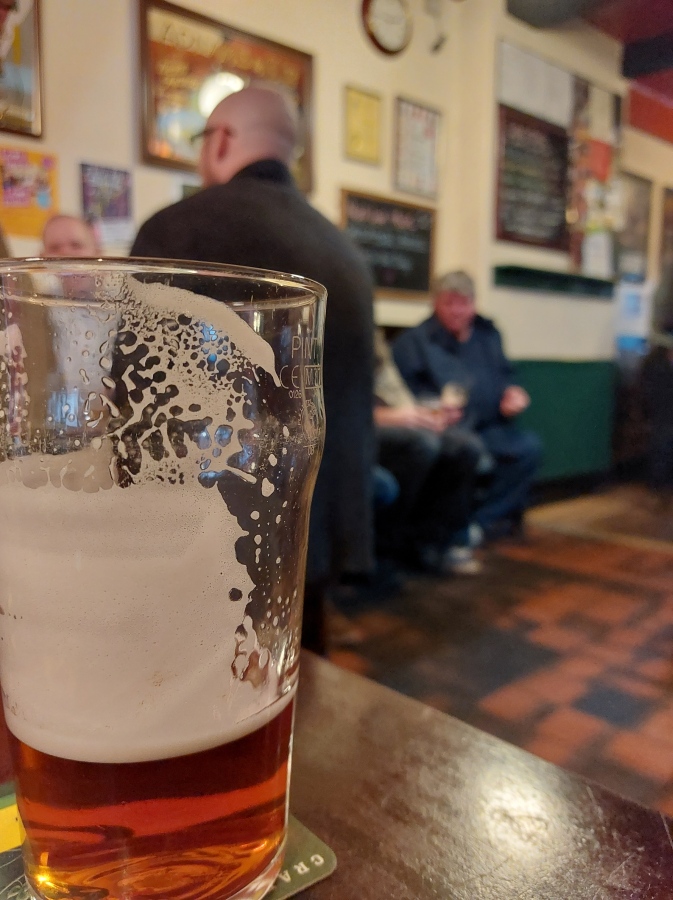 Have I done this one before ? Wouldn’t surprise me.

Pauline nearly guessed right, I did look in the window of the Strugglers, named after the ascent from the Wetherspoons to the pubs at the top of the hill.

Sadly staff illness had scuppered what look like a good trading day. Such is a publican’s life in 2021. The pubs and restaurants were heaving, though it was noticeable how few folk were carrying shopping bags through town in mid-November.

So it was the Victoria, for the first time since 2003 when I visited a dozen Lincoln pubs before ignoring the “Rugby” final and watching Kick’n’Rush who I’d previously directed to their gig venue.

Probably the best known of the city’s pubs, though I bet a lot of visitors think the Cathedral is a Brunning & Price.

A masterpiece in simplicity.

It’s hard to explain the Vic’s appeal, more Armoury than Arden Arms in Stockport terms, and with a beer range pretty much unchanged since that 2003 visit.

Someone on Twitter commented on Mrs RM only having a half of Citra, but she’s allowed such extravagances, just as folk can wear whatever shirts they want.

I’d nabbed to last table along the wall, a perfect viewing spot, and noted a never-ending stream of drinkers heading through to the garden. In November.

Down the hill, an easier journey than the one the other way (science), we momentarily contemplated Thor’s Bar, but the call of a workingmens boozer up the line in Retford was just too strong.