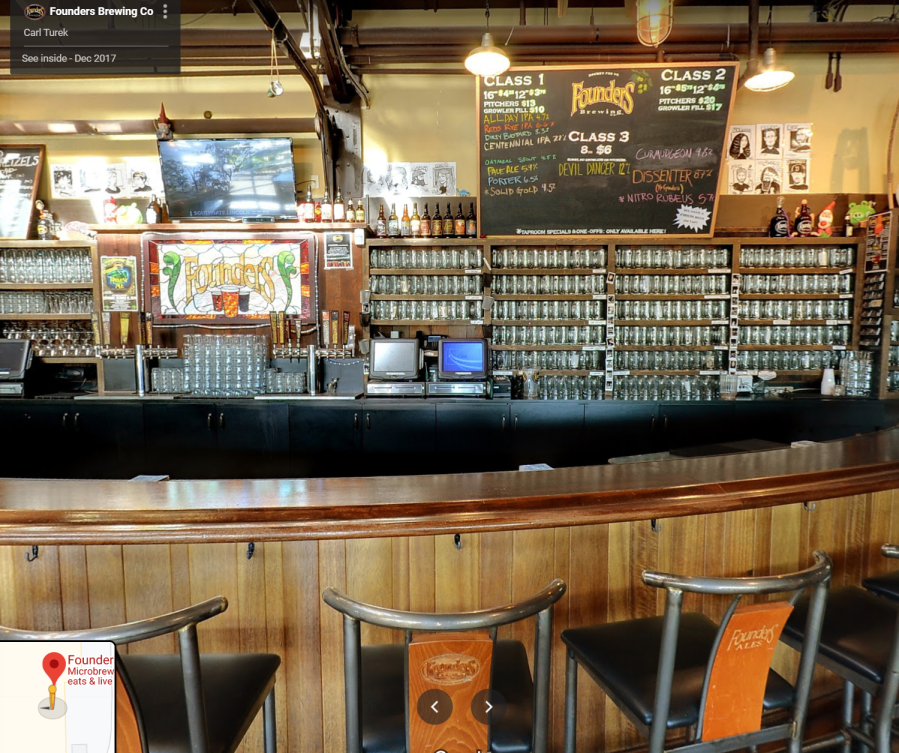 You give the Americans an inch (of map) and they ask for a mile.

You’ve had long enough; here’s the answer to yesterday’s “Guess the Pub Crosses the Pond“.

If you’d analysed that bit of river really closely you could have deduced you were in Michigan, but the giveaway was this ‘lil fella;

Yes, it’s Gerald R Ford, whose presidency seems to have consisted of budget deficits and pardons (for Nixon and draft dodgers). It’s hard to escape his legacy in Grand Rapids, also famed for its furniture trade.

You were fixated on finding a pub called “Old Ben” or “Firkin & Franklin”,

but what actually was Benjamin, if not a Founder ?

Famed for their All Day IPA sold in cans in 7-11s, I even gave you a clue in the last line.

Perhaps I need to give these quizzes a difficulty rating. That was a 7/10.