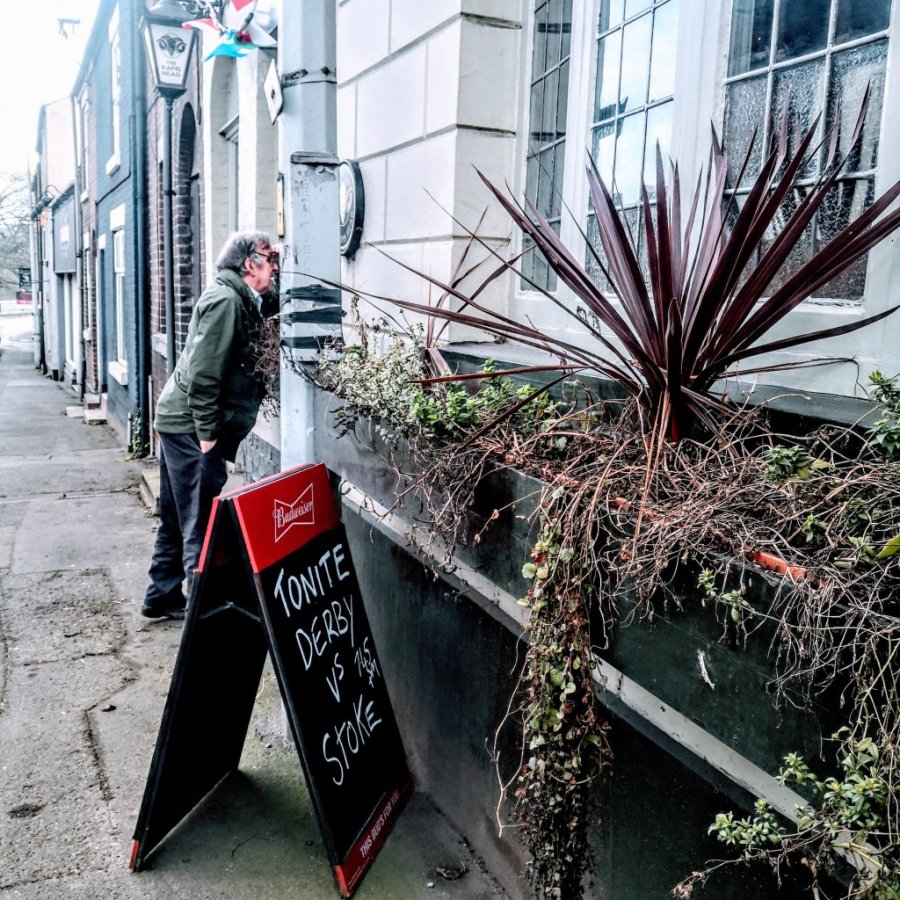 Enough speculation about the GBG; let’s move on to Barbara Dickson in a woolly jumper.

By 1980 I’d got over early fixation with Donny Osmond and was firmly into Scottish punk.

But it was “January, February” with its challenging and prescient lyrics about Pandemic cabin fever that took her onto Top of the Pops presented by hirstute Radio 1 presenters.

“One more night, another day, another year (without a GBG tick)
It doesn’t seem to matter
‘Cos you don’t seem to care“

I’ve been looking back at January and February 2020, the months before the world changed. Never look back, folks.

Seventy-one (71) pub visitss in February alone. And that felt like a bad month at the time, as only 43 of those were new ticks.

This is the first week’s pubs and NBSS scores (not for coffee). What I’d give for a week like that now.

The highlight was a lunchtime session in Congleton with Stafford Paul (again), here seen peering through the window of the Rams Head for signs of a handpump.

After that we got the new, nimbler campervan and looked forward to a Spring full of frolics and fun pubs, starting in Devizes.

No table service, queue at the bar, sit where you like, stand up and dance, fall over.

How young we were, how young.