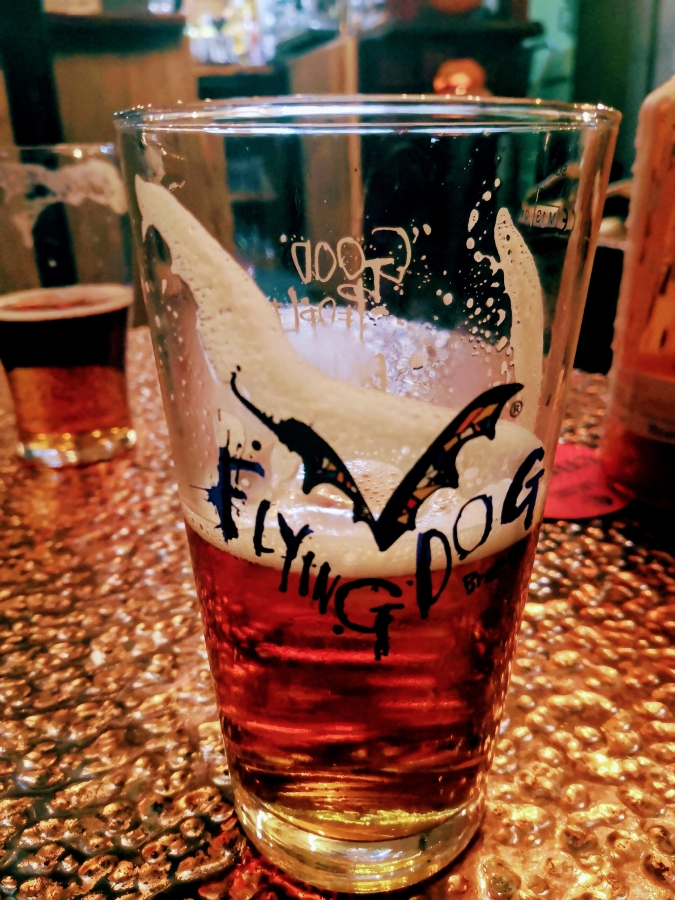 Curry Charles wanted to call this “Flying Doggy style in the Cock“, but I know children read this (BRAPA for a start) so that can be left for a future pub blogger.

Our Dereham evening continued five minutes from the Cherry Tree at the Cock, busiest pub of the night, and possibly the whole of West Norfolk.

It’s not in the Beer Guide YET, but if we see it through to a GBG22 I’ll eat a large pasty if it doesn’t make it next year. It’s so new Bing Maps hasn’t caught up from its spell as the Rusty Tap, an unconvincing name for a plumbers if you ask me.

I wondered why Charles was so keen for us to get a move on and get seated; it was only 17:11 on a damp October Wednesday.

We entered at the rear, just so Charles could make another double entendre to the disgust of Mrs RM.

The “greeter” (not in a Wight Bear way) looked perturbed.

“Oh, we’re nearly full. Ah, I can squeeze you in round the corner“

While Mrs RM appraised the option, I took the photo.

“It’s Happy Hour for another 15 minutes“.

Ah, that’s why Charles was in a rush. Typical Scot Auditor.

Not a bad seat, copper tables and all, but a bit low unless you’re Mrs RM.

Last time here I was impressed with a smart, cosy, grown-ups pub but a bit taken aback by the differential pricing.

This time the 25% discount made the Cherry Porter and Nightingale a bit of a bargain, though obviously Mrs RM had to choose from the bottle beers.

There’s only one Plum Porter, of course, but Mauldon’s cherry variation was startlingly cool and crisp, an easy 4.

“Brass in Pocket” gave way to “Like A Rolling Stone“, the cheery* couple opposite tried to buy cake but failed, I unadvisedly stayed for a Green Jack Nightingale of my own. Turnover is nearly everything; this was a 4.5.

Happy Hour had gone, but enough remained to give the Spoons a run for their money on cask sales.

Outside, the Landlord arrived back from Mighty Oak with some barrels of beer. One of those, Oscar Wilde perhaps, would have seen us through November.