There’s been a lot of concern about the number of people returning to pubs. often highlighting the concerns of the vulnerable and the perception that pubs aren’t as enjoyable as they were.

Now, Pollyanna is my middle name (it’s not. It’s Polly). I reckon 2020 is the golden year for music, that our country has never looked better, that people of all ages have been unfailingly nice during Lockdown*.

Honestly, I’ve loved going back to pubs this month, even the ones that don’t provide the crucial tick and pink marker.

During the lockdown I promised myself I’d pay return visits to some local pubs I’ve neglected, so I can’t be a hypocrite when the Cambridge News reports some “popular pub” closing.

Let’s do the Brewery Tap, just across the fields from me (but 15 minutes on foot via the A10).

The local Enterprise pub, last surveyed by local CAMRA in 2017 and last visited by me when the play area opened a decade earlier.

It used to be the local for Waterbeach barracks, and as the closest pub to the slowly expanding housing on the old RAF site it might expect some uptick in trade.

But new residents often don’t visit pubs very often, and the crowd in the Tap looks pretty much the same as it is whenever I walk past. I like that in a pub.

Handwash, Track & Trace, No Standing At The Bar, the Landlord scrubbing the tables clean. All good if you ask me.

As is the beer range.

And the bench seating.

As you’ll see, no Old Boys and no-one enjoying themselves in pubs anymore.

The Tim Taylor’s Landlord was cheap and cheerful, but I switched to Guinness as The Villa vainly tried to hold on to their chances of Prem survival.

Everton v Villa is the most played League fixture, and the worst.  Iron Maiden and Florence’s Machine played at newly reduced volumes.

Everyone talked to each other. 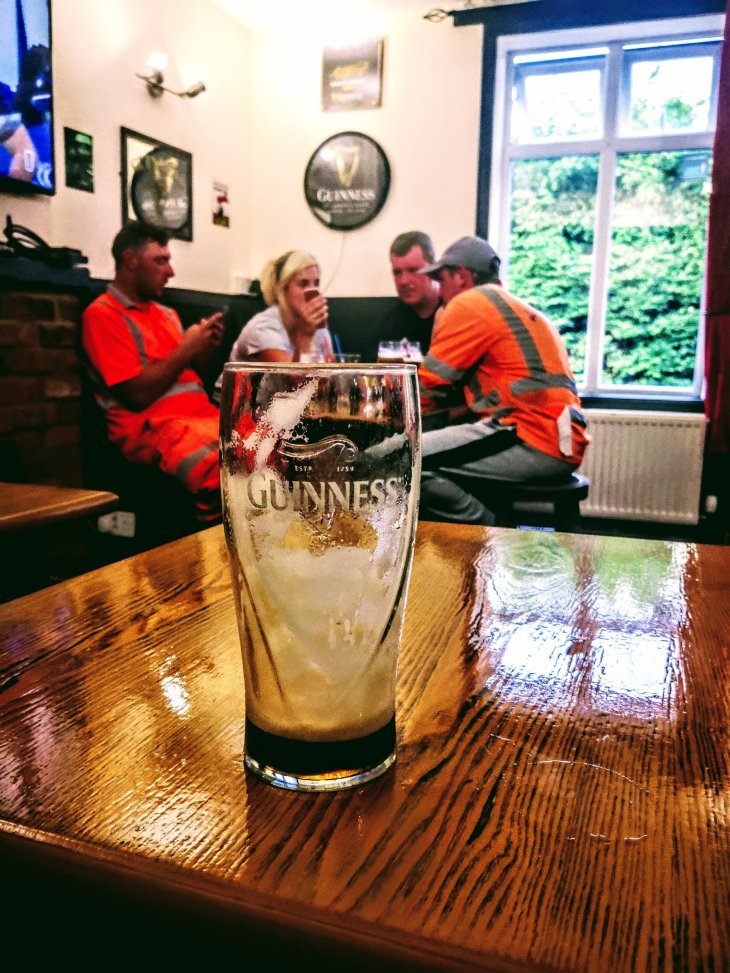 It was great.  In fact with mine the only Waterbeach accent I could have been in North Shields, if not Tynemouth.

I sent BRAPA a text message;

“I’m in Waterbeach’s rough pub, the Brewery Tap. Haven’t been inside for 15 years, only twice ever. “Dude like a lady”, Everton v Villa and an argument about what scraps are. NO ONE is local. A girl with stars on her cheeks shouts “BATTER” and talks to Hi Vis blokes about her bairn. The cask is OK, Guinness good. The best pubs are miles outside the GBG.”

It’s not rough, and the refurb during Lockdown is so good I’ll pop back for more Guinness. If Curry Charles stays over I’ll make him try the Wherry though.

*To be fair Mrs RM had an order for 200 toilet rolls already in the pipeline so I never had to fight for loo paper.

18 thoughts on “THE BREWERY TAP”