Greetings from the most chaotic Starbucks in the UK, one of New Brighton’s most exciting features.

At least the WiFi signal will hold up long enough to do this short post to complete Tyne & Wear in the picturesque Gateshead suburb of Swalwell.

Picturesque compared to the Gomorrah of the Metrocentre, where hordes of late night shoppers descended from the train on Wednesday night to buy things they don’t need with money they don’t have in order to maintain that all important 0.75% GDP increase.

How do you get out of a shopping centre? There are no signs saying EXIT. And only one pub, the daringly named “Spoons” to guide you.

I nearly succumbed to a preemptive tick till I remembered: 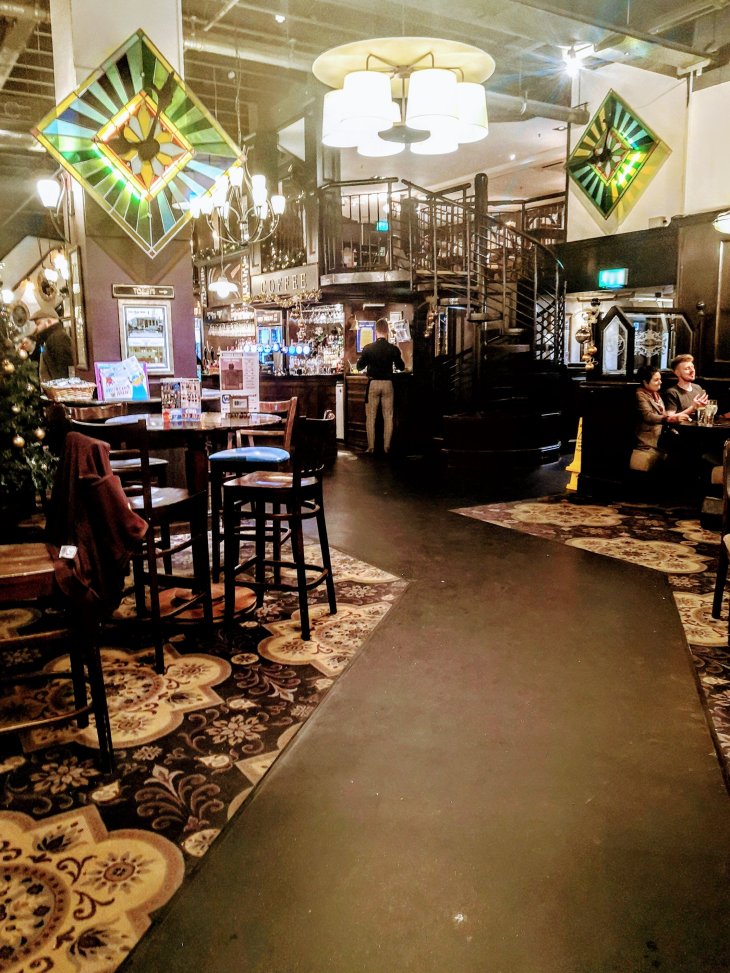 I’d been here before, and NOWHERE gets in the Guude with Doom Bar, Abbot and IPA. (except in Glenrothes). 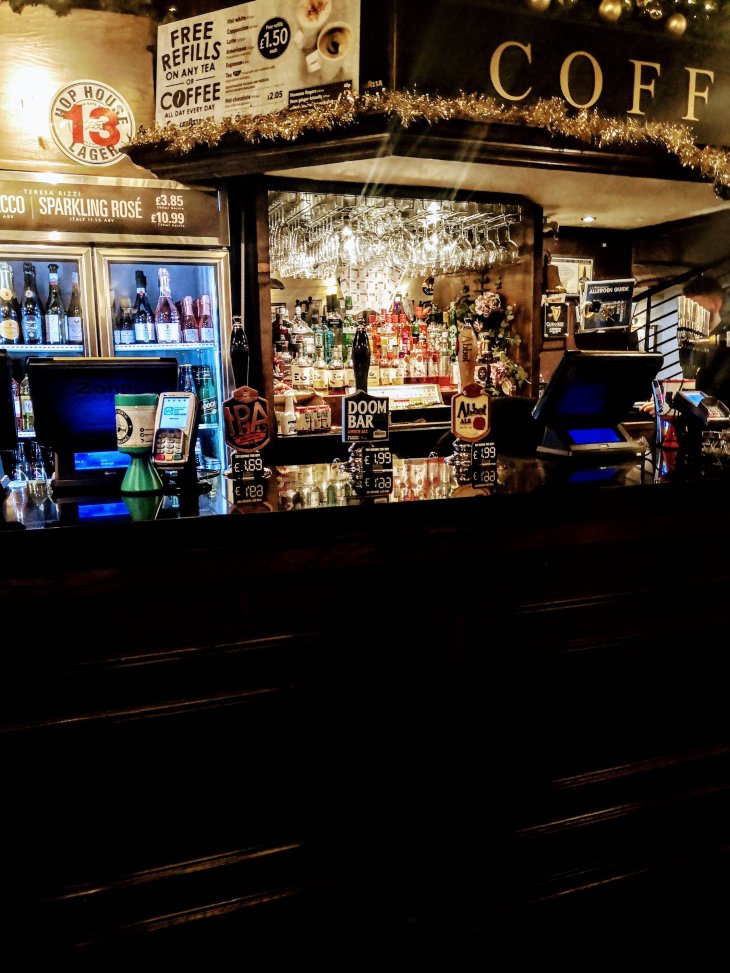 After 22 minutes consulting the “Centre Guide” I gave up and returned to the train station to begin a walk around the site.

I once walked up the vertical muddy bank at Northampton’s Sixfields stadium, the only journey I can compare this with.

But as I walked under the A1, the Sun appeared before my eyes.

It wasn’t the Sun I needed, but their sort of niece pub over the road called “owa the road“, logically.

A proper blogger would give you a forensic analysis of these two, drawing out scientific evidence as to why Proper Pubs are great and micropubs are devil spawn, but it’s not true. And I was wet. 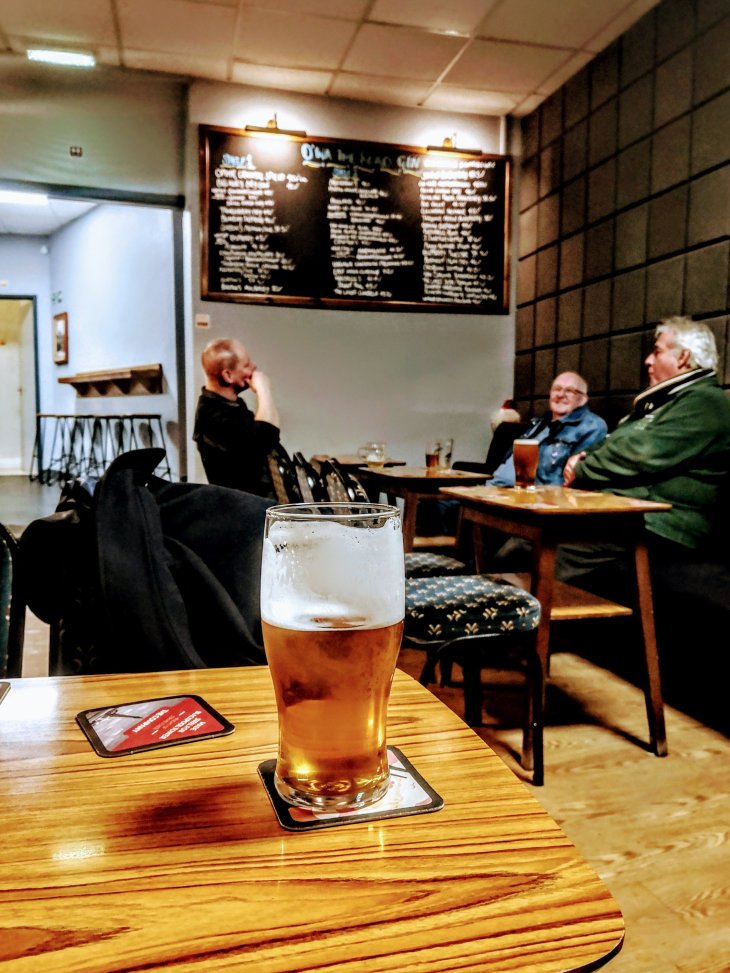 Owa the Road was warm, inviting and had a range of ages drinking pints.

Someone said “Canny” which made my day.

The nice lady said “Straight glass or handle“, which really made my day. 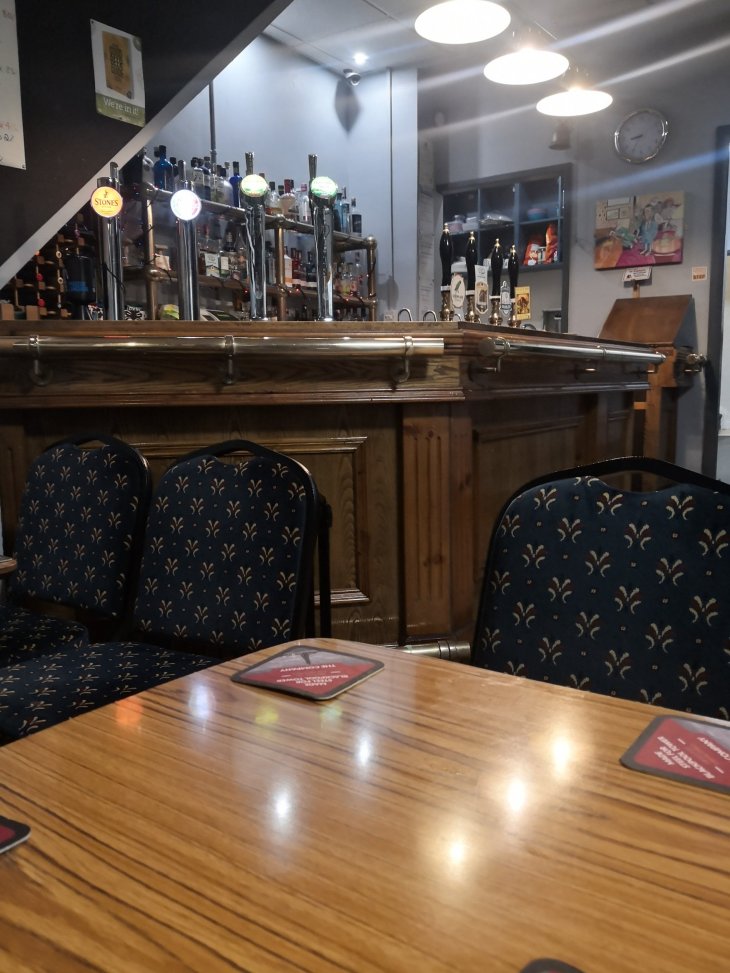 Something lovely called Grainger (NBSS 3.5) with a SPBW label on it, which means it was brewed in a forest, Kershope I think. 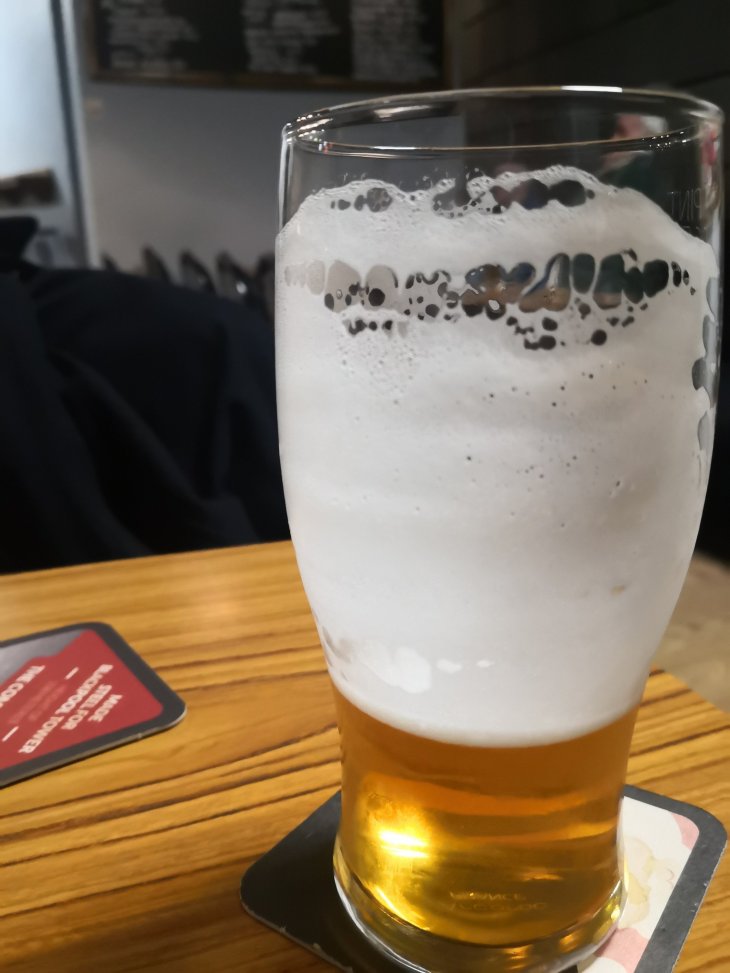 Anyway, had my free refill of filter and porridge, so bye to New Brighton. Off to hide in Hyde.