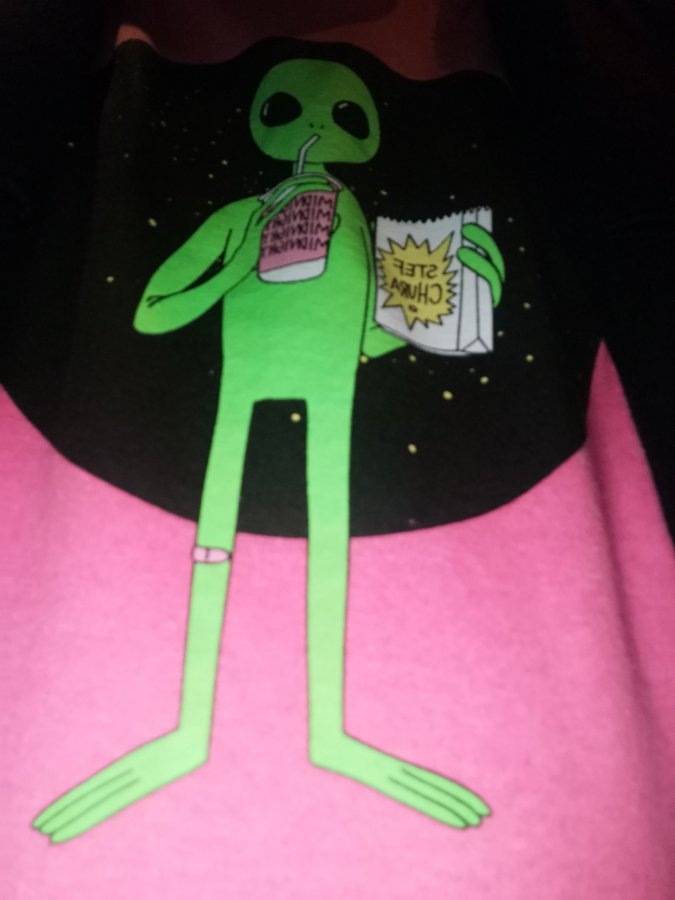 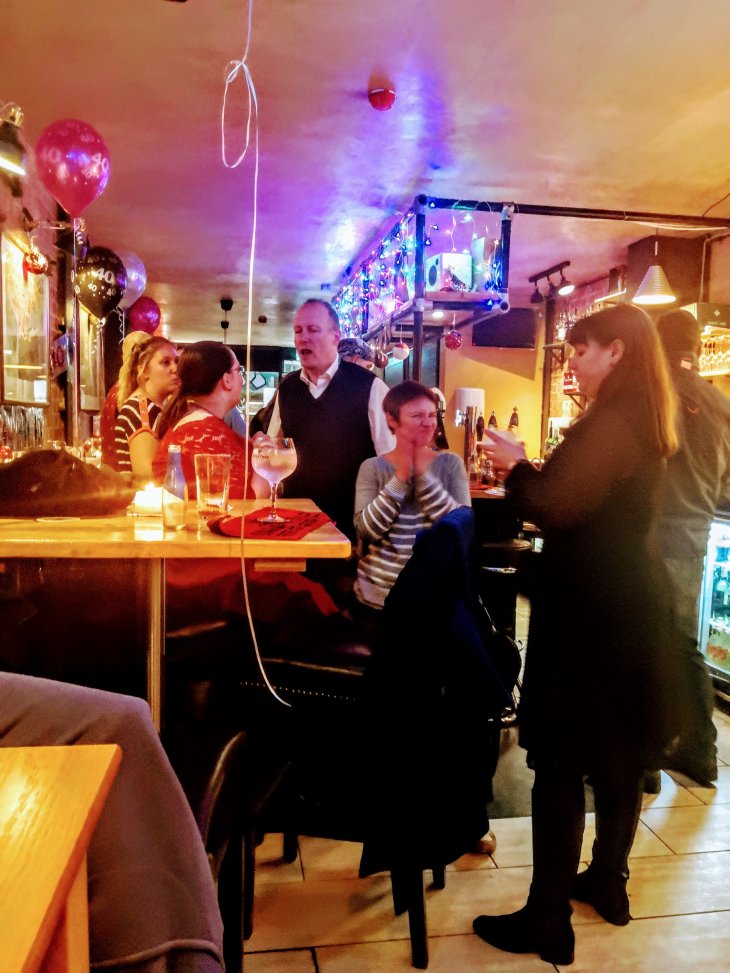 Aldous Harding in Southampton. Half an hour walk into the centre for a lone GBG tick and then the expected Meantime/Camden/Peroni in The 1865, a new venue for me. 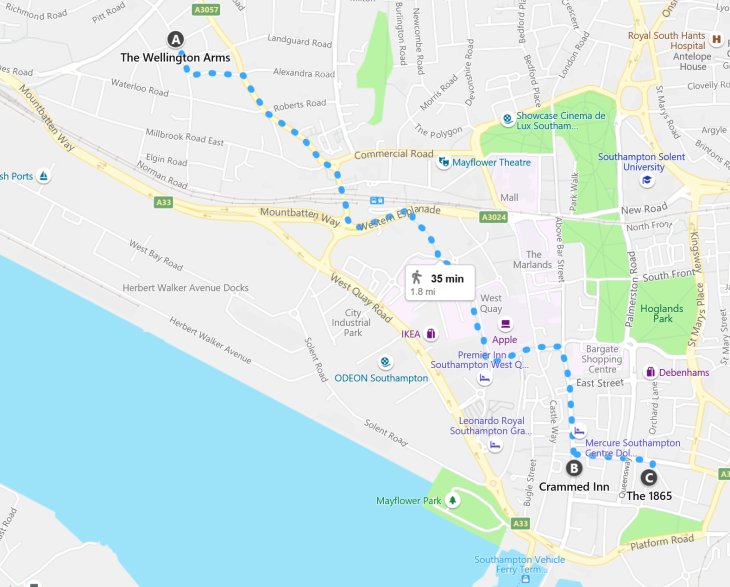 Southampton is basically micros, big shops, 9-0 home defeats and cruise ships, but I can make the Old Town look very pleasing with a well chosen filter.

A long, thin, claustrophobic gin bar that reminded me of the one over the Itchen.

With a 40th birthday party (remember them) in full flow I did wonder if I’d even get in, or be asked if I was one of the group (top), which of course I would have claimed I was. 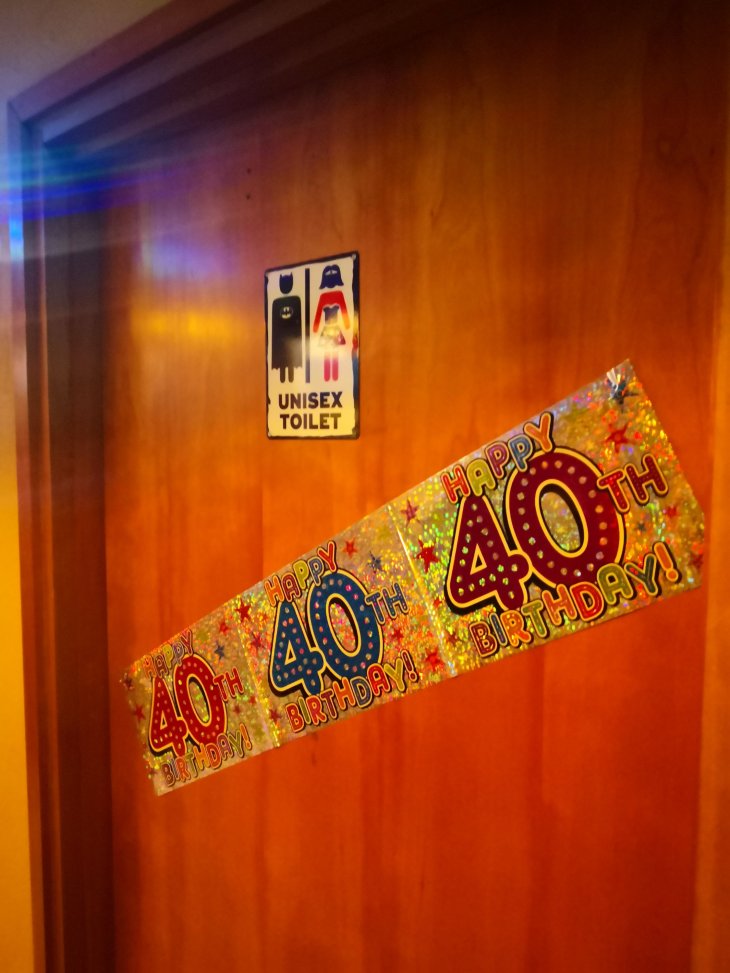 So I was just pleased to get a half, particularly from one of those brewers I’ve never heard of. Citra is the expert on Hampshire pub microbrew, of course.

Being a 40th birthday, they had a chap doing acoustic versions of James songs.

“OHH SIT DOWN” he sang. No-one takes any notice, of course.

The 1865, Manchester’s Gorilla, had a weird crowd, even by my standards. Aldous was sitting down, so no-one could see her.

I think they’d all turned up to see Balaam & the Angel rather than a sensitive alt-folkie from New Zealand, as they chattered about Jools Holland and mortgages on semis in Shirley throughout the set. 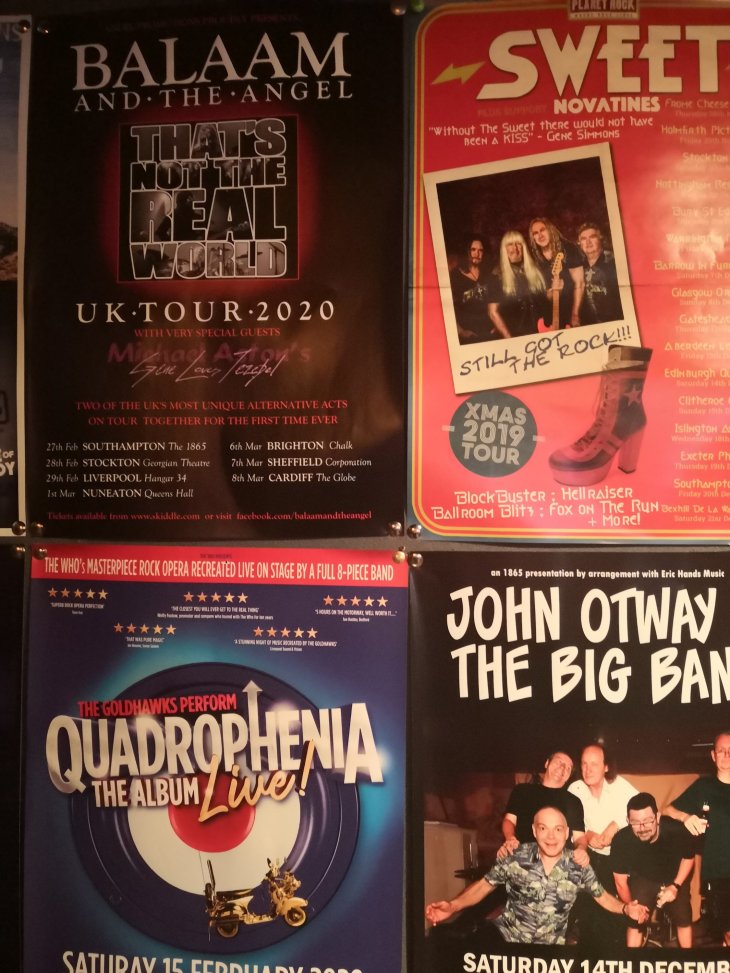 The subtlety of lyrics like “Show the ferret to the egg” in The Barrel was lost on the Southerners.

“Whitesnake can’t be my entire life” said the chatterbox on my right, but I suspect it was.

BUT at least they drank real ale. Here’s proof.

The Palmers was OK, considering the plastic glass, someone likes my trendy T, and Aldous was grumpy and peerless.

Not a bad night.

6 thoughts on “CRAMMED INN. THE BARREL”