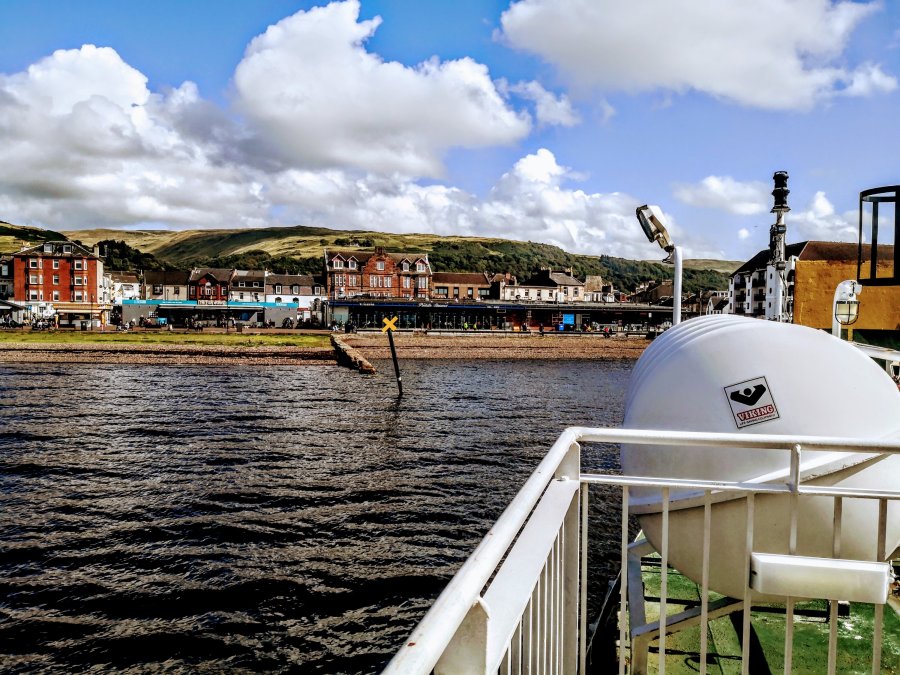 You left me at the Cumbrae ferry, waiting for the return to Largs where Pubmeister was waiting to whisk me around the GBG pubs of Ayshire and Greater Paisley.

Look ! There he is, hiding behind the yellow X below.

For the very best photos of our emotional reunion, look at Duncan’s blog now.

But if you do you’ll my large strides off the Caledonia Macbrayne at 3.55 pm, determined to beat the rush for the Paddle Steamer.

There’s twenty (20) Spoons in Glasgow and Ayrshire in the latest edition of the Guide (is that breaking the embargo), approximately 108.4% of total pub stock.

I have reports to bring you of a Spoons in an airport which nearly involved me catching a plane to Magaluf by accident, and one that was so scary I walked straight out.

But the Paddle Steamer was small, cheery and provided a great example of the rare Scottish periscope dispense.

The Yazoo beer is one of those collaboration efforts that rarely fail to disappoint, but this one was made in your favourite brewery in Wolverhampton, and a cool, rich half scored NBSS 3.5.

In fact, Spoons provided some of the best beer on this epic trip, though if you’re looking for variety you’ve caught the wrong train.

As I finished the suds (no tipping, no tipping !) Duncan suddenly asked,

“I hope you did the Twa Dugs in Milport”