I know how some of you only live to see maps of Beer Guide counties covered in pink (rather than green), so here’s Northumberland.

And here’s what my rather battered GBG looks like with two/three/four/? weeks till GBG20 arrives in pristine condition.

Elsdon is in the remotest bit of the county, making Rothbury look like a thriving metropolis. Which it is, compared to Bellingham, where you’ll remember I celebrated my 10,000th GBG tick in 2017.

My first ever trip to the Simonside hills. Wiki tells me;

In Northumbrian folklore, malicious dwarves, often called duergar, are said to attack walkers in the hills or lead them astray, especially at night.

I think we all know where the “Simon” in Simonside comes from.

If you’re a malicious dwarf here your pub choices are a bit limited, but include those marvellous places in Bellingham and Greenhaugh.

Rambling a bit now, because I can’t tell you masses about Elsdon.

Oh, it has a massive village green.

I believe there’s a bigger one in Car Colston, go and check for yourself.

No cars, no people, no pub tickers desperate for a wee, no sign of the Bird in Bush and no WiFi.

This deserted building will surely be a micropub (or a BRAPA toilet) by the time of my next visit.

I heard laughter and song and followed that crumbling path to a house with an open door, but it was just a birthday party (and not my birthday).

Then a mile away across the village green I saw the giant Opening Times sign.

A couple came out, so I walked in. It’s very much “Rescued village allrounder” rather than “Unspoilt basic boozer” or “Northumbrian destination pashmina gastro“.

The pub was closed for a while, a few years back, and now offers this remote village a range of banter, beer and (charity) boxes, so I’m not saying a word against it.

But that beer was homebrew (OK) and the banter unintelligible.

It really needed a drunk 40 year old pub ticker from York to come in and trip over the darts mat on the way to the Gents, if I’m honest. 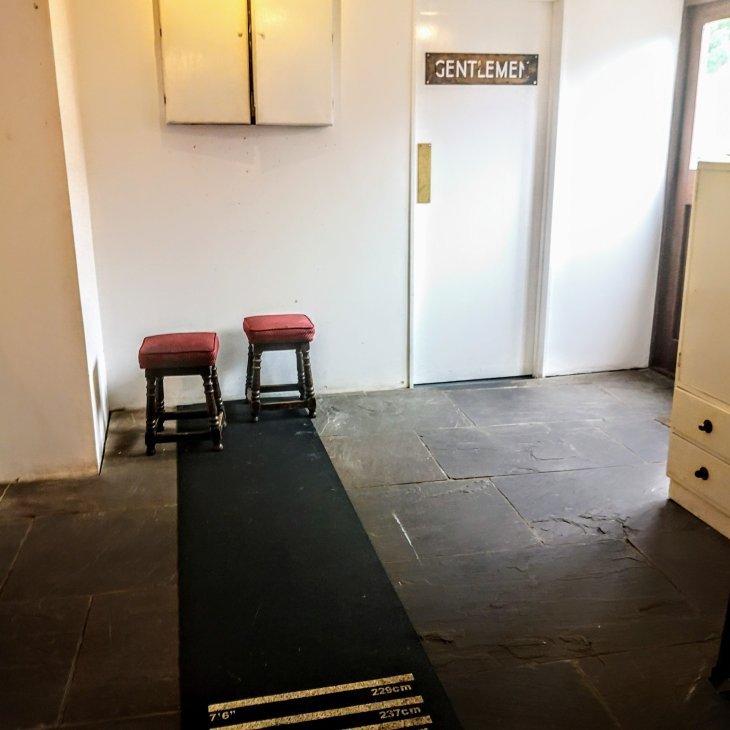 17 thoughts on “NO SLEEP ‘TILL NORTHUMBERLAND PINKED”