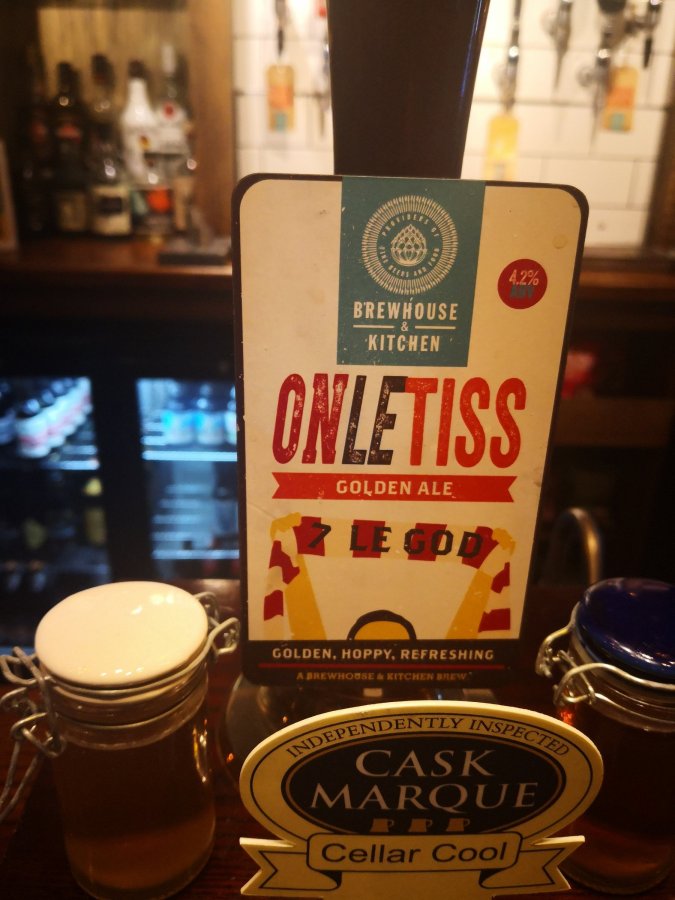 Back down the M3 at the conclusion of the charity sale (total raised – £6,501) to conclude Hampshire.

There would have been a mammoth FOUR new entries in Southampton, but one of the shiny and crafty by the Quayside had just closed. Shame.

Still, a trio of newbies, including a Brewhouse & Kitchen, so we are richly blessed.

I actually did these while the Cup Final was on, which will give you a sense of where my priorities lay. City were only 2 up as I started. 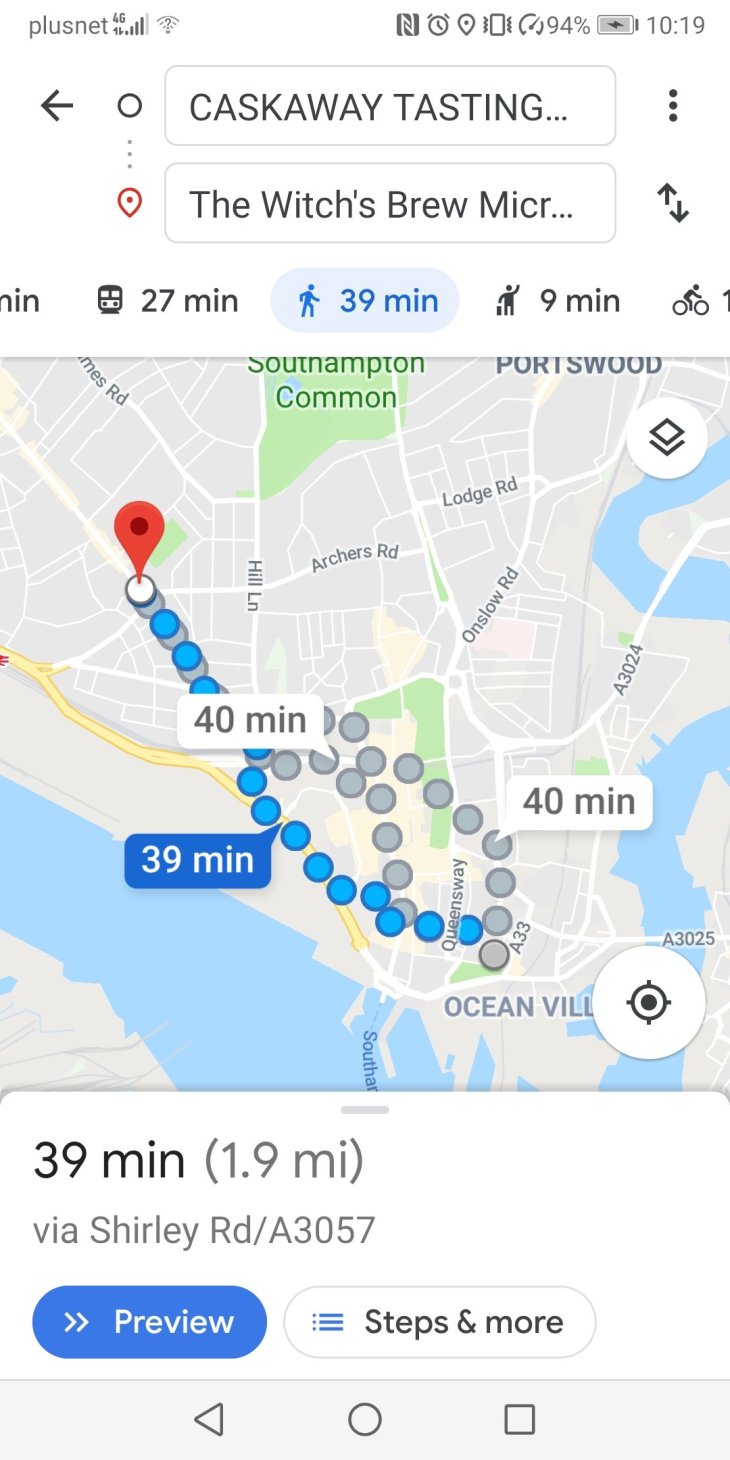 Richard slagged off the city this month, but I always seem to find something worthwhile.

The east side of the centre near St Mary’s used to be a right dump (see Market St), but now it’s packed with places like Caskaway Tasting Rooms. Win some, lose some.

Sometimes you don’t need words, do you? The colour coded beer boards, headed up by Becks Vier, tell you this is a comfortable bar with a nod to familiar craft, and nowt wrong with that.

Nothing happened, so why Couple No. 1 turned as I took this shot, no-one will ever know.

Like the place, the beer from Hop Back was competent but dull, NBSS 2.5.

I pressed on. City scored a further two goals as I walked west to Witch’s Brew.

Usual style. Small front room with clusters of locals, beers from the barrel at the back, lots of stuff on the walls.

One thing really stood out.

The landlady/owner/witch was simply wonderful, the best welcome of the year. Go just for her.

The Prowler was GBG standard, as it inevitably is in micros. 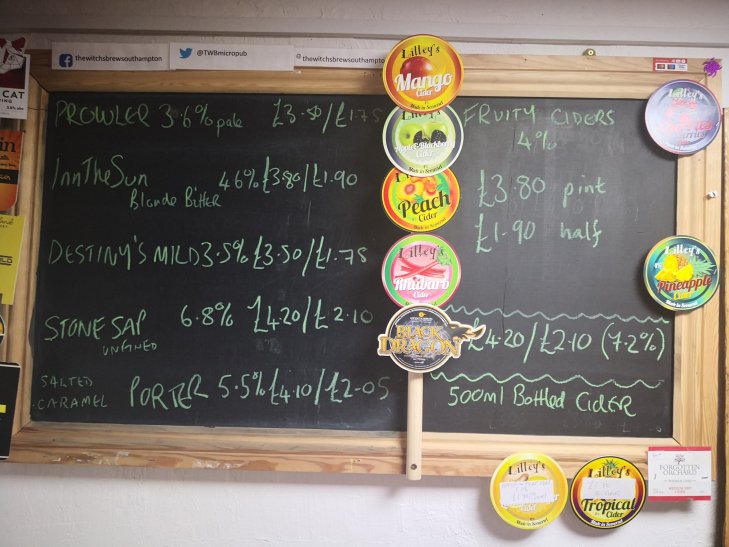 If this seems a bit rushed I only had 2 hours and all the pubs were 40 minutes apart. Which is inconsiderate.

Still time to admire the underpass art on the way to the B&K and see Vinny lift the cup. 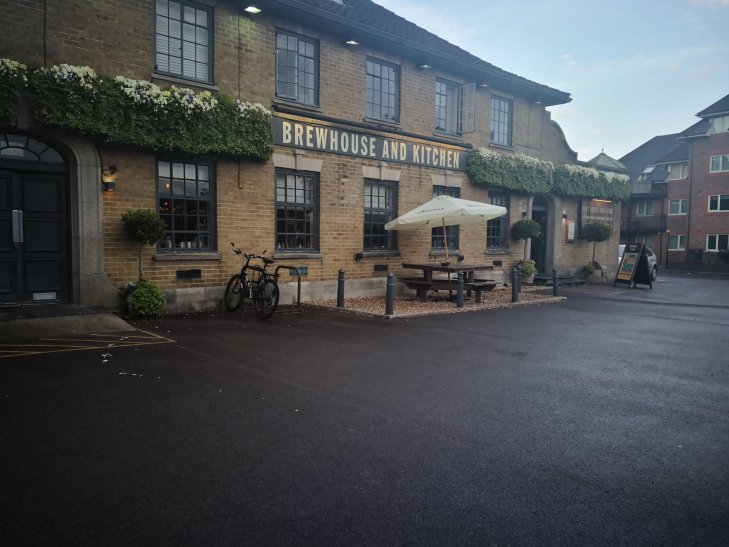 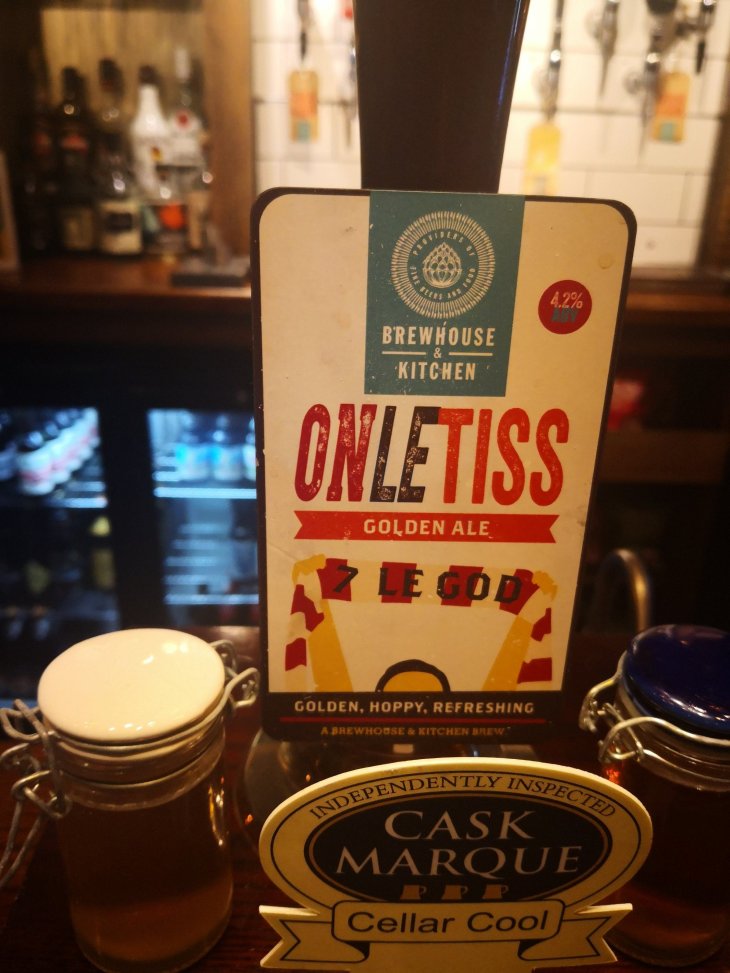 Well, let me be fair. It was the best beer of the day, you know.

There’s a Brewhouse & Kitchen lottery as well as a cask one.

But this year, in the annual new GBG entry battle of the South Coast giants, it’s a win for Pompey.