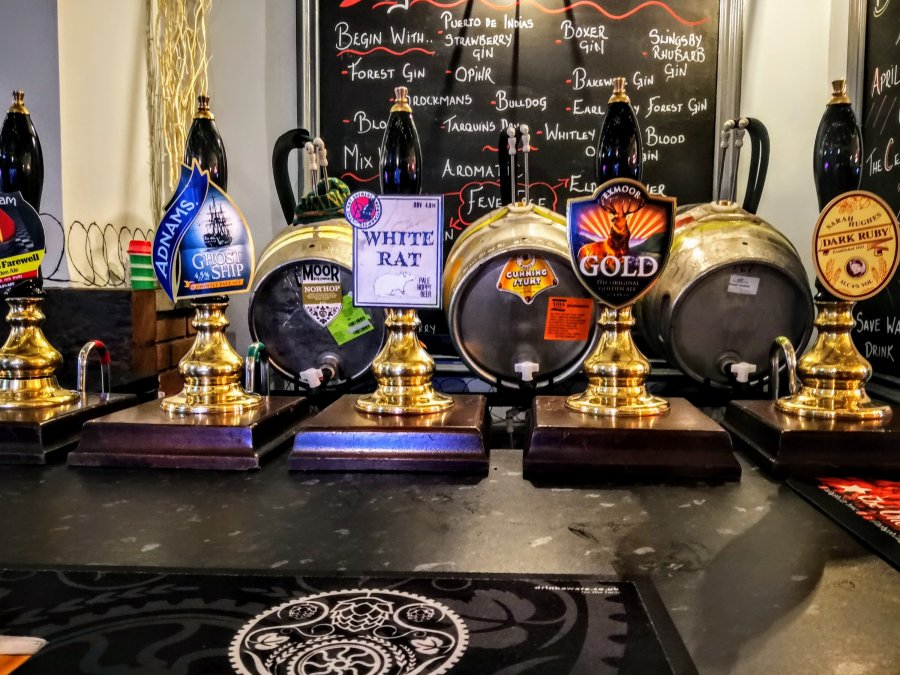 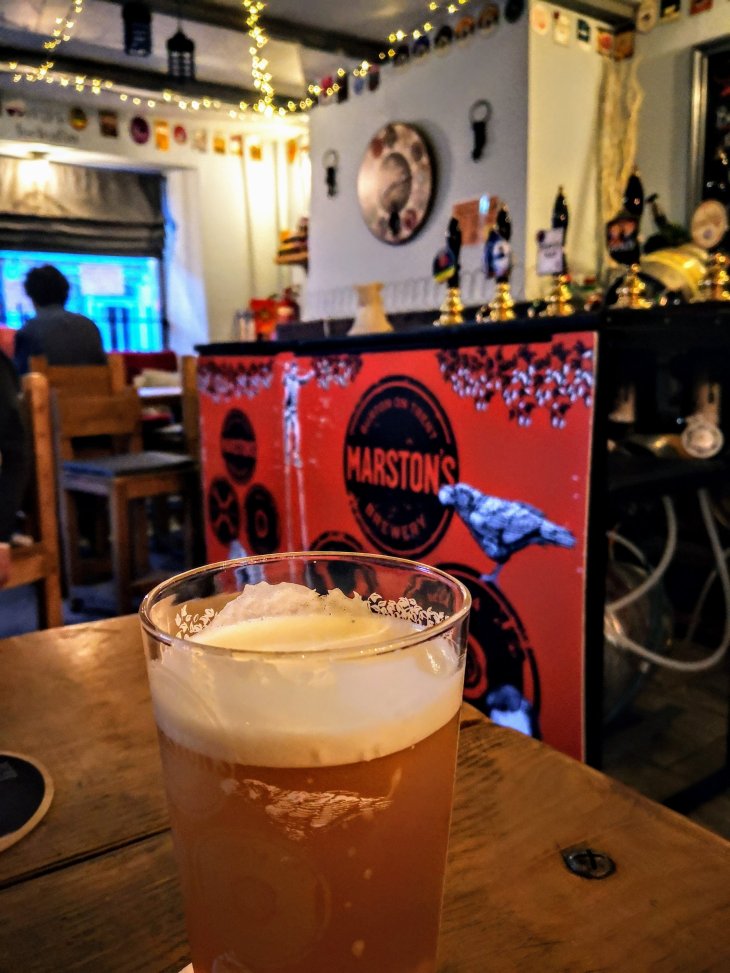 Last pub of the night, and a third Guide tick in as many hours.  Wait till you see my GBG spreadsheet.  Soon, Duncan, soon.

Only ten minutes to Chapel, for seemingly my debut tick there.  Is that possible ?

Loads going on there, but I can only remember ever shooting past it on the A6, and the stand-out pubs in Chinley and Whitehough over the road.

Some had advised against walking from the station into town (“it’s nearly a mile, take a bus“), but what beats a stroll into the unknown at dusk ?

Well, put it down to Methodism if you must, but it was a ghost town. Not a soul on the streets. What do folk in Chapel do on Wednesdays ? Keep it clean.

A few masochists were putting themselves through City v Spurs in the Royal Oak, but the only other signs of life were in the Old Cell micro.

Even less so when you put on beers we know and love like these.

It looked like that lot were being readied for a beer festival, and you’ll know how scary I find those.

So I think I had a Marston’s 61 Deep (NBSS 3), but frankly it’s so long ago it could have been anything.

Some proper seating, at least, but the only thing of note was a group of 20-somethings having a discussion about a trip to Northampton.  They had no idea where Northampton is !  What do they teach our chidren ?

At the Raj, we were the only customers.  We told the owner we needed to be in and out inside half an hour to catch our train.

The only hiccup came on the walk back in the dark when Charles attracted the attentions of a small feline friend who had obviously heard about the store of black pudding Charles keeps in his pocket.  “Shoo, shoo” in a Scots/Norfolk accent ensued.

It followed us for half a mile, before deciding that the unfolding VAR drama at the Etihad was a safer bet.

16 thoughts on “SHOOING AWAY CATS IN CHAPEL-EN-LE-FRITH”