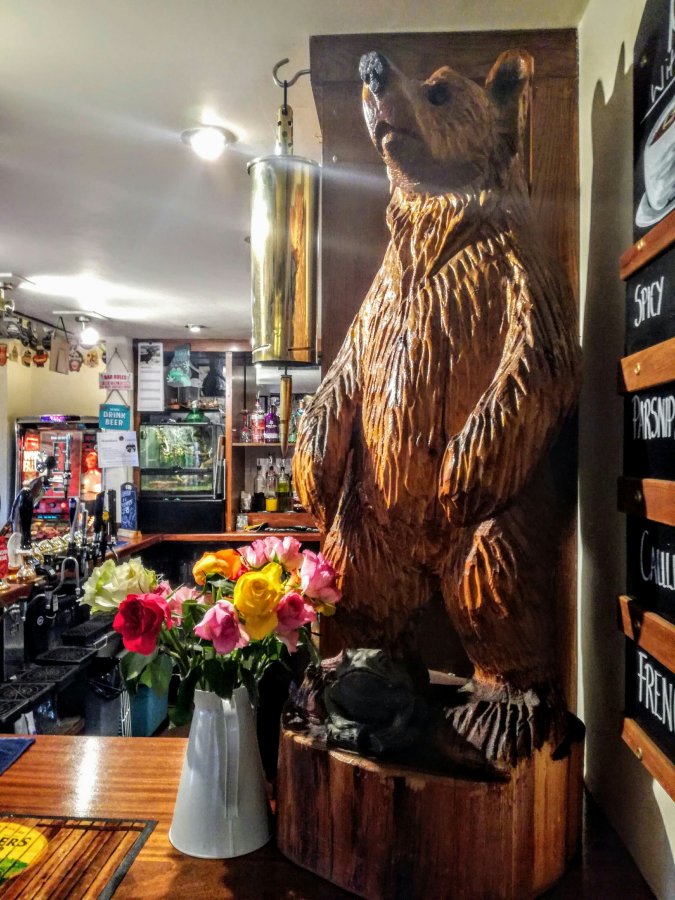 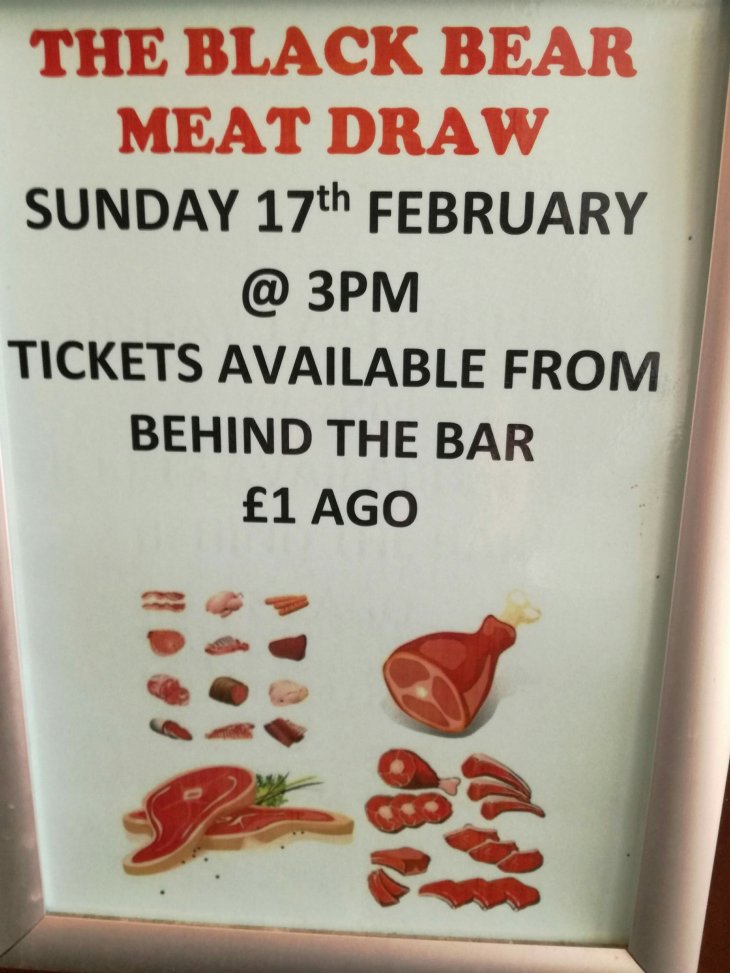 A surprising number of Guide pubs in East Dorset are easily accessible by train, or at very least an hour long walk through mud and angry bulls from a station.

Wool’s Black Bear is in the former category.

The toilets at Christchurch station are closed, but at least there’s plenty of intriguing reading material.

I honestly have no idea if that first message about paying is a passive/aggressive warning about using small coinage.

The map that greets you at Wool isn’t a lot more helpful unless you need to know where the sheep are.

I bet you think you know what Wool  will look like;

Streams, fords, thatch, pashminas.  All ticked off on the Wool bingo card (it doesn’t really exist, but no doubt Simon will create one).

You’ll be surprised by the Black Bear though.

A much more pubby affair than you’d guess, with a straggle of smokers in the hut and 4x4s in the car park.  Good to see a pub not following the flock and going full-out gastro.

but the meat raffle, amphibians behind the bar and clear majority of drinkers over diners made this feel closer to Portland than Dorchester.

Sadly the Yokohama Pride was off (that’s BRAPA’s joke), so I had the Swing Low, which is the stupidest decision I made all week (apart from nicking Matthew’s hair gel).

Grief, it was a dull beer, although the pub had done its best to get some life into it.

Decent lacings, and the two biscuits (cost: about 5p) with the black coffee won me over, although an insistent beeping from behind the bar was mildly irritating.  That beeping was competing with “With Or Without You” and just for once I preferred Bono.

When the smokers re-entered, one kindly chap assumed the role of Mum (everyday sexism alert), popping over to straighten the cushions and dashing to shut the door whenever anyone came in.

I became absorbed in the excellent local CAMRA magazine, which provided the definitive definition of a micro pub.

The key word there is “like-minded“.  I want to go to pubs where people have completely different minds to me.

bungalows and bad puns back round to the station.

Just as it should be.

Anyway, too much excitement.  Back towards Wareham, where nothing bad ever happens.