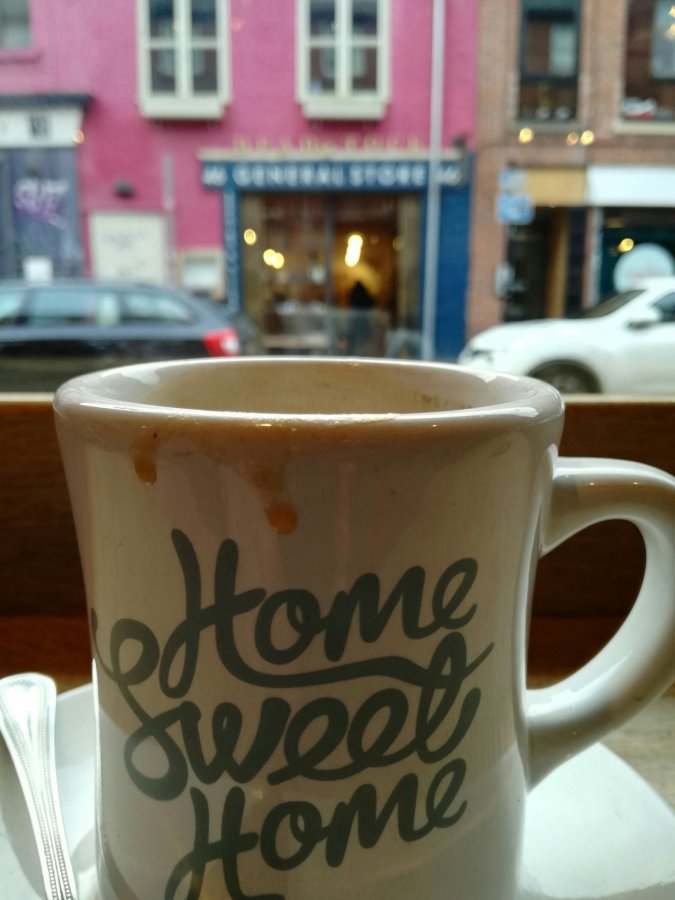 We pressed on, past a sea of closed pubs (Rising Sun, Nag’s Head) up into Deansgate, a journey rarely made by heritage pub pilgrims. 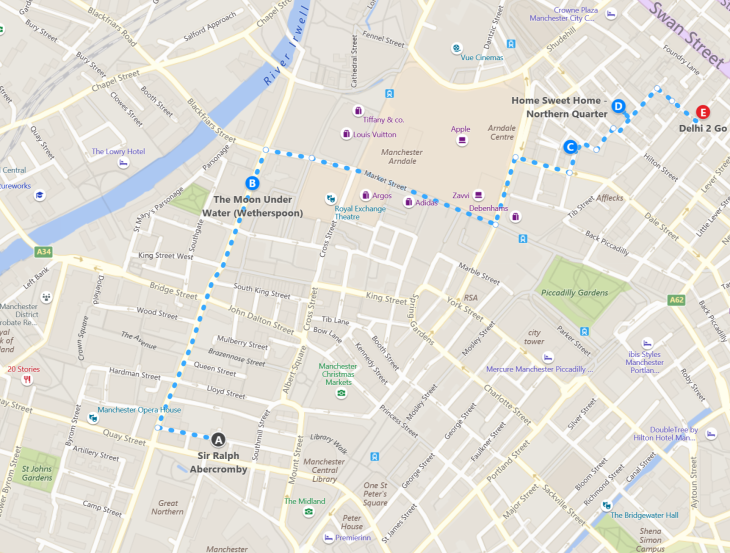 Stopping only in the Lost Dene for a comfort break, we finally found some real heritage.

You may mock, but the Moon Under Water was once the biggest British pub IN THE WORLD, before the Regal edged it out.  Perhaps the only thing Cambridge has ever beaten Manchester at.  Of course, we’ll be seeing micro pubs expanding as soon as the world converts to the joys of “sitting at high tables uploading beer scores on Untappd“.

Like the Regal, the Moon is a classic scruffy model, with apparently zero food trade at 5.30pm.  This surprised Joan and Dave, who’d observed a huddled mass of foreign visitors like them looking for a gourmet burger and fries with their pint.

But never mind, the ale choice was notably decent, and free of Christmas-themed beers.

AND I had Spoons vouchers, though a suspicious barman asked to see my card, even though I was wearing a “Death to Real Ale” T-Shirt and all.

I can’t even remember what we all had; something about 5% from a regional brewer. Dave will tell us.  Anyway, foamy, chewy, cool enough. NBSS 3/3.5.  Never getting in the Beer Guide against the Paramount (yes, I know it’s about beer scores), but worth a pint.

We were also enjoying the BRAPA-style drama of a group of six women drinking Prosecco from a bucket (literally) while a toddler howled. And howled. I nearly went and plucked the child up but I thought better of it.

Then they kicked us out.  At 6pm.  Bemused Mancs were turned away at the door, we drank up and wobbled out into the night. At least Joan and Dave had the privilege of being the last ones out of Spoons.  Something to impress your grandchildren.

Which was glorious, even around the much-maligned Arndale.

Our US friends were staying in the Abel, which I still haven’t had a drink in, mainly because it’s described as boutique.

We finished the night on Oldham Street, as all good tourists must, in the only (excellent) curry house open in the Northern Quarter.  Well done, Delhi 2 Go.

Oddly, despite all the pubs and restaurants taking a well-deserved 1 January off, my favoured coffee shop remained resolutely open into the night.  Just as well since Delhi 2 Go has no loos.

27 thoughts on “THE LAST ONES OUT OF SPOONS”