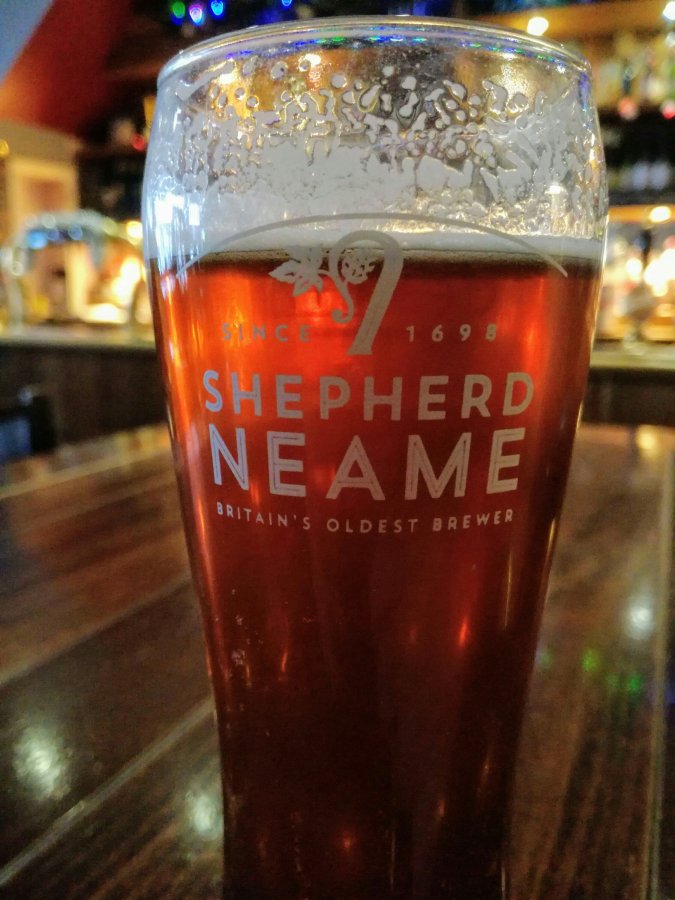 I thought I’d visit Frinton while I was down the Naze;  not like anyone dies, there, is it ? Apart from everyone.

What Pub tells us the Lock & Barrel is the only pub within “The Gates“.  These were the gates until 2009,

when the introduction of modern lifting barriers saw fighting in the streets. 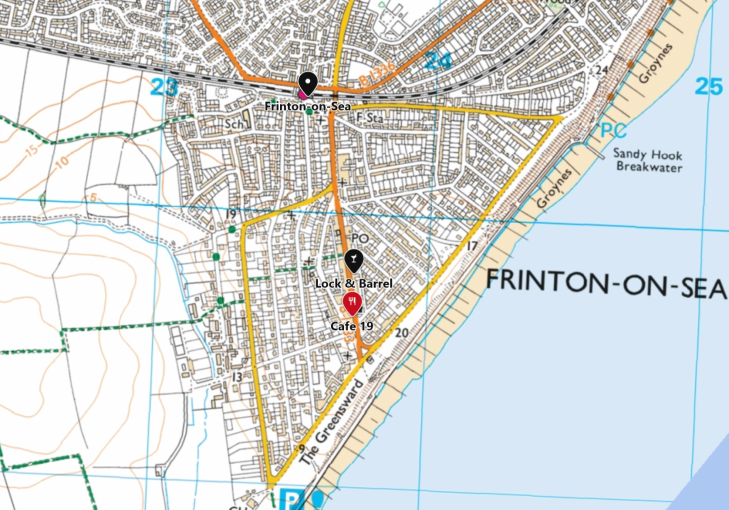 I made an untroubled entry onto Connaught Avenue, the main drag and scene of the “mobility mauls” of a decade ago.

A large LCD screen is linked to the CCTV camera at the gates.  It shows the average age of inhabitants and visitors within the gates drop from 73.9 to 73.8 as I enter.

Under-50s were only allowed into town in 2005 when it was realised a youngster was needed to re-tune radios to TMS, which is why it’s taken so long for me to visit.

As you may have guessed by now, it’s not very exciting, a bit like one of those western suburbs of Worthing, though at least without the micro pubs.

The beach is spotless. And empty.  I suddenly long for Jaywick.

BUT.  I can recommend Frinton for one reason at least.

Café 19 gets good ratings and turns out to have the best fish & chips & mushy pea puree in the world, possibly setting aside the Barge at Grimsby.

In fact, with a clientele of blue-rinse octogenarians discussing Norway ++, their culinary needs (“I’m NOT a sausage person”), and how many husbands they’d seen off, it was positively BRAPA.

“Go on, read the menu aloud“, I thought to myself.  They didn’t.

So onto Frinton’s only pub.

I can remember the surprise when Sheps got the gig running the first pub in town back in 2000.  Presumably the retired colonels were swayed by the WWII associations of Spitfire and a sense that a Kent brewer would run a more civilised place than those ruffians from Bury St Edmunds or Southwold.

It’s dark and featureless, and looks much older than its 18 years, a bit like an unloved North London Wetherspoons. I rather liked it.

The Italian landlord is cheery and efficient, gets a star for playing “Ain’t No Mountain High Enough” and served a decent Spitfire, albeit in a horrible thin glass.

I waited for something to happen. Like the lacings on the Spitfire, not a lot.

All the action was happening at 80th Beryl’s birthday over at Café 19.

31 thoughts on “FEARLESS IN FRINTON-ON-SEA”