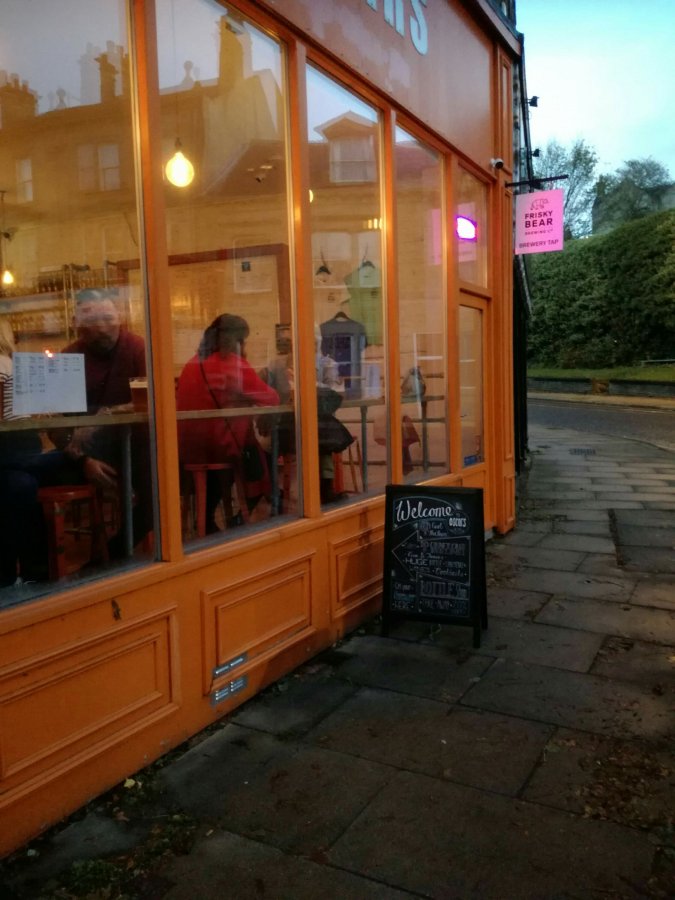 Only five photos from Oscars in Morley, and not a lot of cultural context to bring you about a proper old market town in Greater Leeds.  After a week ferrying BRAPA and Pubmeister to their pubs I fear may be turning into a ticking machine.

I’m sure there’s more attractive buildings in Morley, but I’ve failed to record them for you.

Oddly, this is the first time a town of 44,440 has troubled the GBG scorers in my ticking time, despite it still hosting 20 pubs.  I guess there’s never been many entries in the other towns around the centre either; I’m sure Mr Caldwell has a suitable conspiracy theory to explain it.  Micros and Tap rooms are certainly democratising the Guide.

Shamefully, this is also the first time I’d set foot here.  Pleasantly hilly, full of takeaways and history, but I’d probably fail to pick it out of an identity parade containing Pudsey and Farsley.

Anyway, beer. I’m sure Richard appreciates the exciting beer range at Oscars (his review here), starting with some weird Spanish microbrewery and ending near Goole.

The word on the left at the bottom may have said cask, but I can’t read Yorkshirish.

Good to see Atom on the bar, even this was served as cold as the keg, a bright and breezy NBSS 3. “Shudda had the Frisky Bear” says Richard, probably.

What is there to say about this wave of little beer bars popping up from Bournemouth to Carlisle ?  Boxy, high table hell ?  Or cosy, informal and sociable.  Your call.