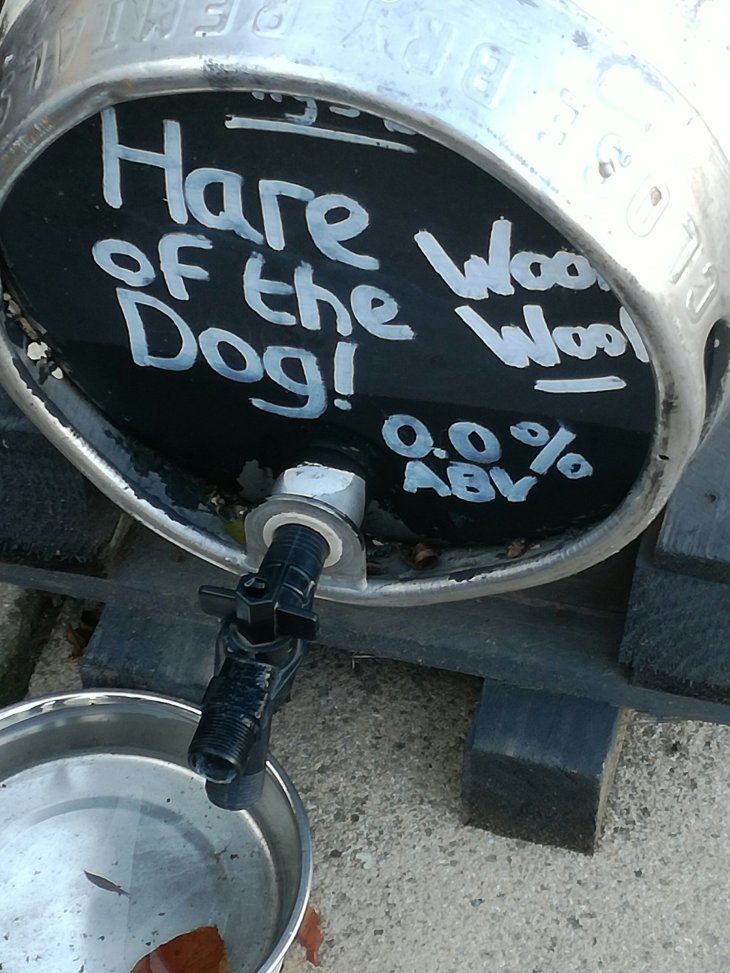 Actually, it was in Stone, Bucks.  But I don’t want to confuse and over-excite Staffordshire Paul before his morning pint.

Bucks, as Si and I have said at least 37 times, is a dull county in every sense (awaits backlash from Wycombe reader).

And the Rose & Crown looks like every other village pub within spitting distance of Waddesdon or Howard Jones.

But despite almost nothing happening, I feel a public duty to report on the Rose & Crown, a mile out of Aylesbury, the Maidenhead of the A421.

Not because of the obsession with canine welfare with dog beer at the entrance and canine treats at the bar (top).

Or the Caribbean flavour to the menu.  The pub was entirely set for diners, with just two groups taking up the offer.

Or the comics from my youth in the Gents. 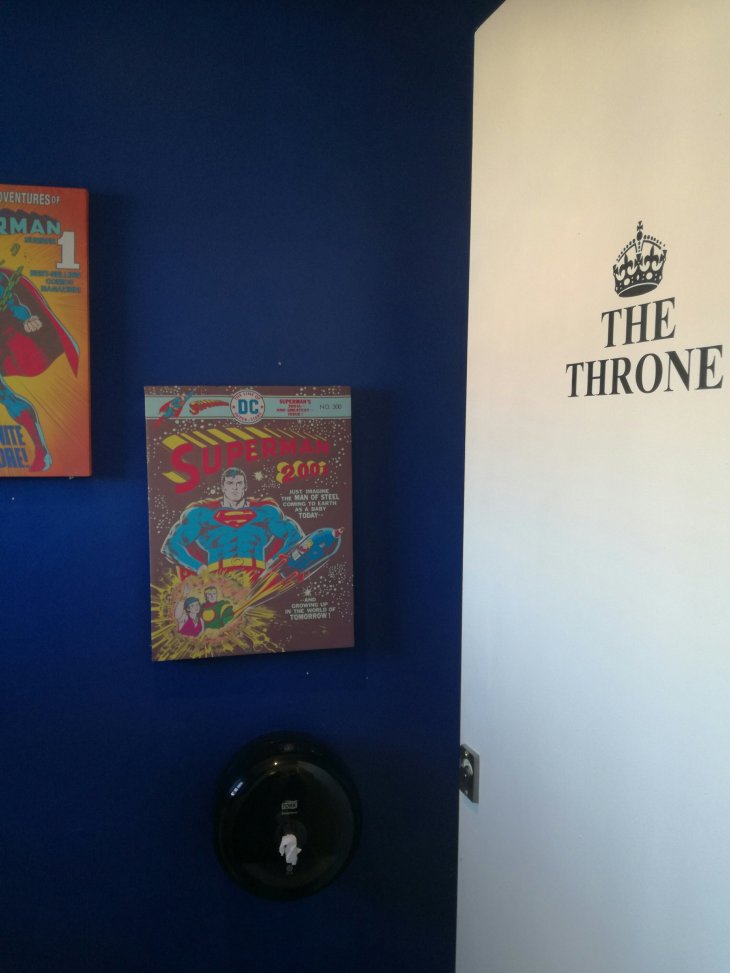 I was a Fantastic Four fan, you know, paying 25p for imports sold on Ely Market on Thursdays through the summer of 1978. 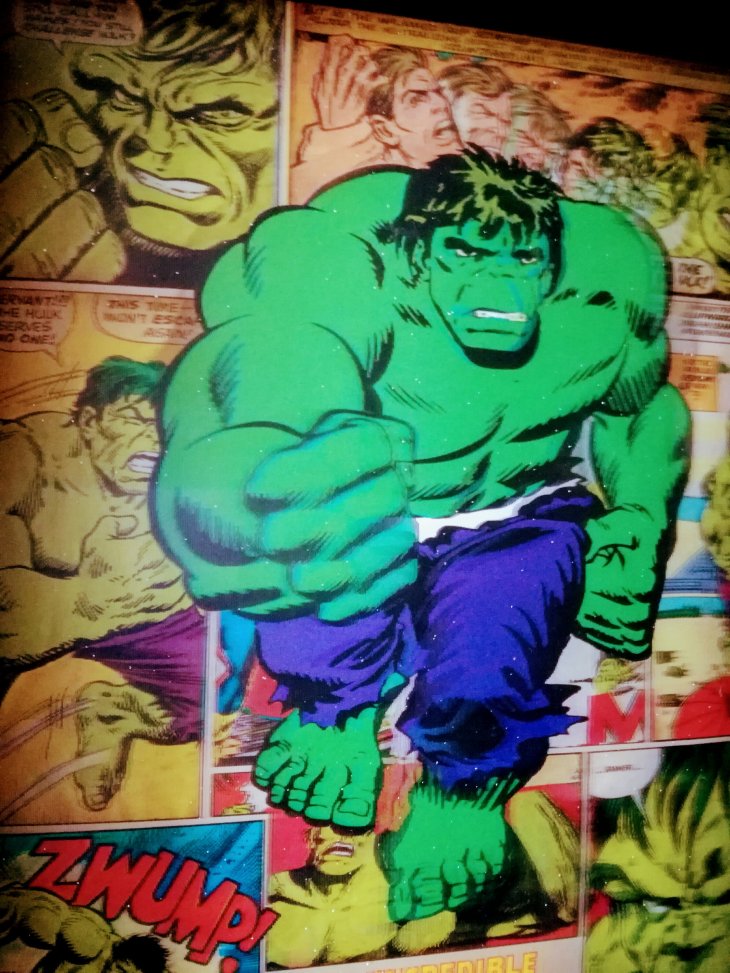 Or even “You Get What You Give” by the New Radicals. Top tune.

No, for once it’s the beer.

The Landlady struggled with the Side Pocket for a good minute before declaring it “off”, and then debating the point with her other half.

Which left the comically-named homebrew.

There’s a fine line between decent and really good; Willy’s Brew was some way north of that line, cool, floral and tasty. Good grief.

In the garden, suspicious looking youths with hoodies were planning their Friday night out in Aylesbury.  They looked at me suspiciously, anyway.  Just for once, I sipped my homebrew (NBSS 4) and smiled.

If only that had been the end of Bucks. But it wasn’t.

11 thoughts on “ALE A1 IN AILING AYLESBURY”