As Dave said on the last post, Bradford is a delightful surprise, particularly for anyone whose view of the place is formed by biased BBC reports or “Notes From A Small Island“.

Dick and Dave were, no doubt, thrilled by the stately but scarred architecture and quaint gift shops. 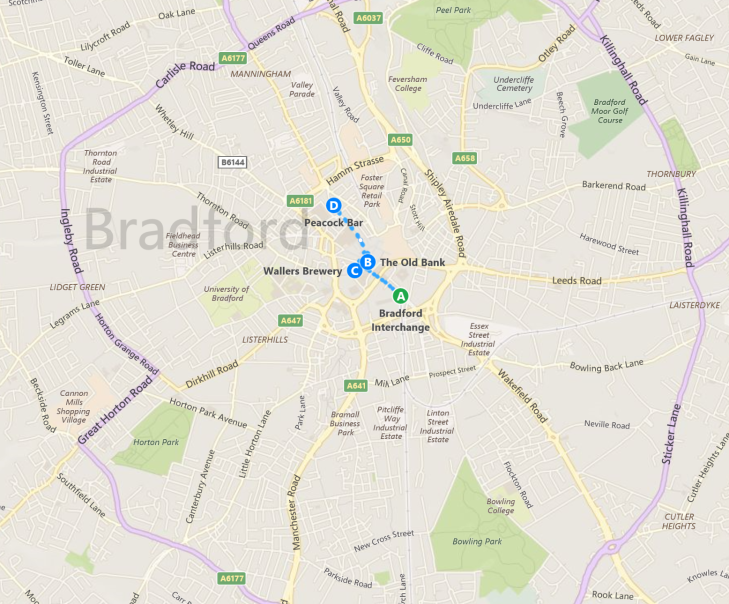 The walk from Pub 1 to Pub 2 takes me past the McDonalds where I was once rumbled rummaging through their dustbins for coffee stickers, something that traumatised  ours sons at the time.

This trip I avoided the “Hunt For Coffee Stickers” and focused on the street art.

Back then I wished it well and hoped it got the custom that Bradford’s ventures sometimes lack.

It looks brilliant, and I’m sure the “Little Fat Black Pussy Cat Club” (top) is just the right thing to boost trade, if not the steam train and Rod the Mod heritage.

The obvious comparison is with the underground bar in Bolton’s Vaults, but the feel is closer to the posh pub near Lancaster Station.

Wallers Brewery is the house bar, and it’s quite a sight.  Not actually a brewery (hoorah), although the fizzing bottles and pipes remind me of what Alan Winfield’s homebrew set-up.  Alan would love Wallers.  I miss Alan.

The beer from Bosuns of Wakefield tasted a bit like homebrew (and was priced as if it was), but was at least a coolly served traditional brown beer that Taster Guy next to me enjoyed.

There were a few offices workers and a few old codgers like me sampling the beer, and some “End of the Road” Indie on Thursday lunchtime.

Bizarrely, you can bring your own food in.  I can’t imagine a better night than a takeaway curry from the International and a few beers down here, though getting out might present a team-bonding challenge.

Sadly, this lone pub ticker from York didn’t make it to the surface; 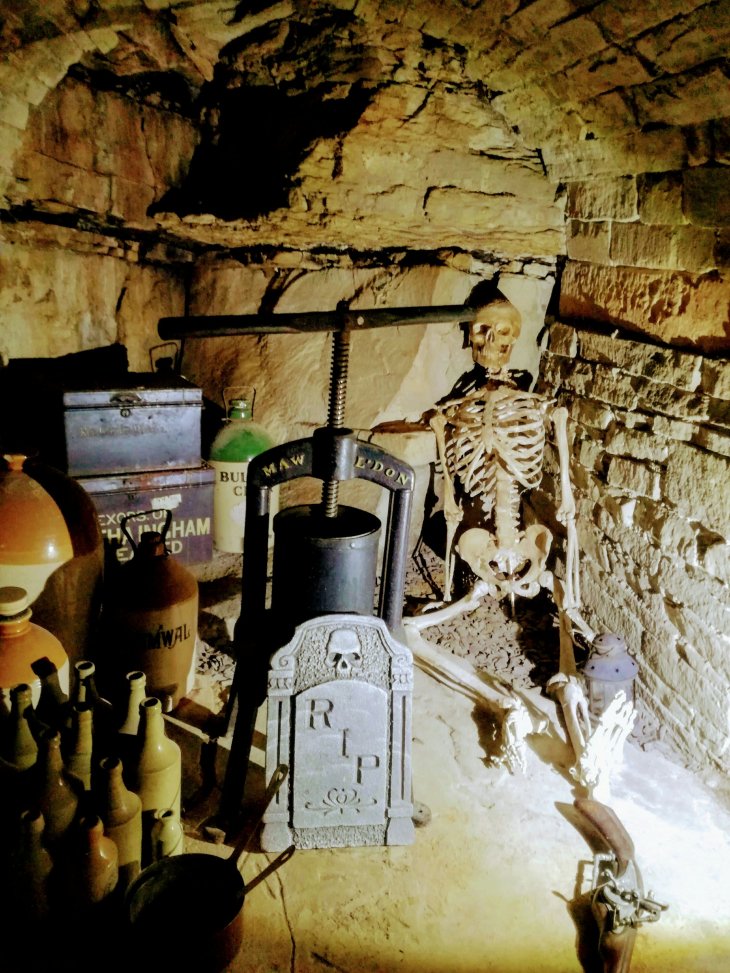 Anyway, an essential visit, and here’s a short video to whet your appetite.

One pub to go, and this one is as Bradford as it gets.