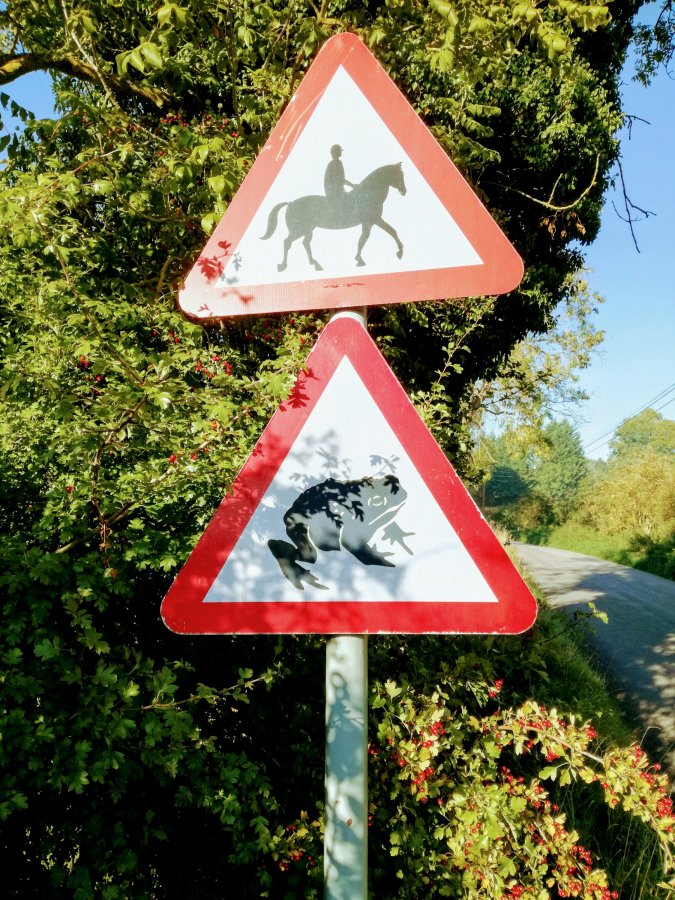 It’s rare that “Suffolk” and “deeply unexciting” are mentioned in the same sentence, of course, but a mere three new Guide entries in the county enables me to bring you this lovely sight four days into GBG19;

So no two hour trips to “Times Supplements on Sea“, no micro pub opening hours frustration, no frisson of fear beside the Ipswich docks this year.

Just a trip to the Brecks for superlative Abbot, and two excellent unpretentious village pubs either side of Bury St Edmunds.

Oddly, my last tick was in Pakenham, new home of West Suffolk CAMRA stalwarts Andrew and Di, who’d been nagging me to visit for months.

I obviously saved the trip for the day with stunning sunshine and blue background.

Not much in Pakenham itself, bar the churches we take for granted, an old mill and some decent footpaths.

All the retired gentlefolk were in their gardens, and all they said “Hello” in that bright and breezy way that leaves a tinge of doubt as to whether they think you’re an axe murderer or not.  Pakenham isn’t a place you come to by mistake.

All week opening at the re-opened Fox, but a 5pm start on Monday and Tuesday. Which isn’t bad.  At 4.55pm I joined Andrew and Di and the 5 o’clock club at the door.

“I‘ll have an IPA please”

They thought I was joking.  Sadly, the classic Westgate LocAle isn’t available here,

Andrew enthusiastically described the beers, before going for a cider himself (Hmmm), so I went for the least expected option, the stock beer Wherry.

Out in the garden, it was a cool, smooth pint that underlined good cellarmanship rather than great brewing. Rather like Doom Bar, in fact.   I made it last long enough to compare notes on Italian ice cream and CAMRA controversy.

By 5.45 there must have been a dozen villagers inside, which isn’t bad for a village of 922. Less the three knocked over by the giant tractors as you step outside the door.

You really should get to the Bury St Edmunds Guildhall Beer and Pie Festival if you’re not watching Strictly this weekend.  West Suffolk CAMRA know their beer and pies).

12 thoughts on “THE PAKENHAM 5 O’CLOCK CLUB”