You left us in Rutherfords, contemplating whether to start a game of skittles and just work through the beers/gins.

But drinking on an empty stomach remains a daft notion, even in Scotland, and we set off over the cobbles for Cobbles. 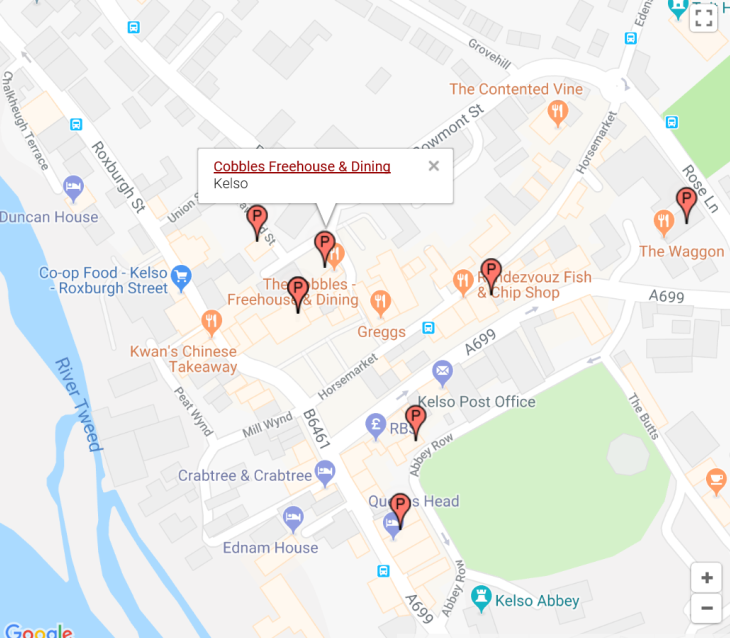 Or “Cobbles Freehouse & Dining“, just to emphasise that we were going to get fed.

Of course, we weren’t.  Last orders 8.30 translated as “the chef finished at 7.00“, which was a bit disappointing but there’s no point keeping a kitchen open for no customers, is there ?

So we stopped for a chat with the only drinker.  He was very drunk, so I won’t identify him, but his tales of being detained by the Barcelona constabulary for knocking a human statue off their plinth temporarily made us forget our hunger.

It’s a modern looking pub, except for the fire. 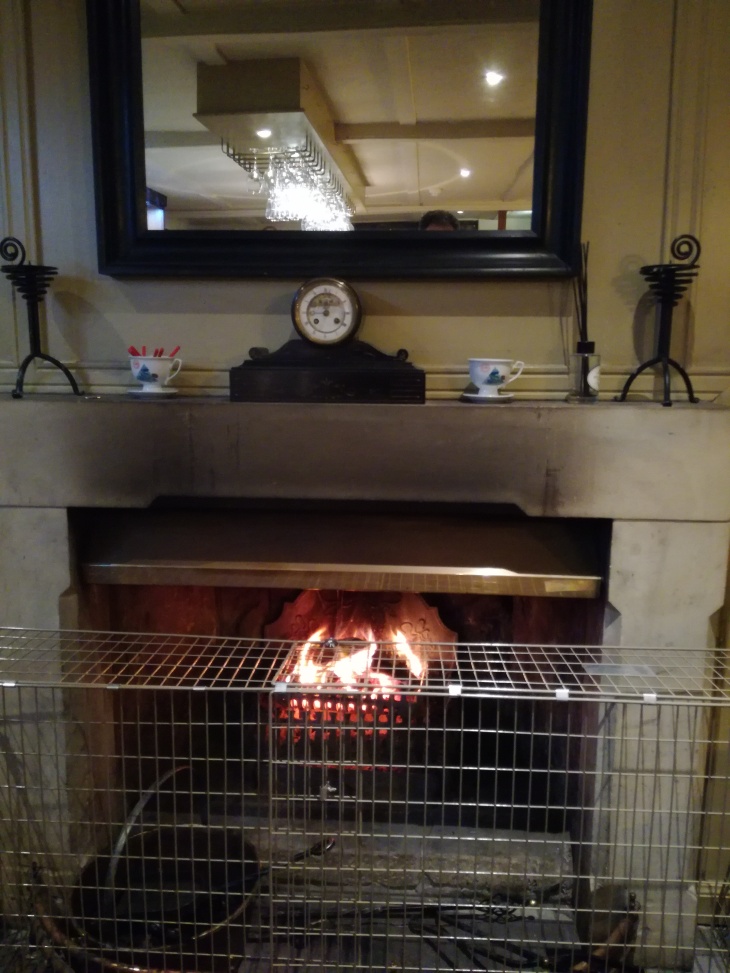 The glasses of gin were even bigger here, and I couldn’t persuade Mrs RM on to the exciting (for the Borders) Evil Craft.

So I had an excellent pint of the local Tempest Armadillo (NBSS 3.5) all to myself, while Mrs RM compared notes with our PD* on the merits of Newtown St Boswells (“Bad luck“) and that National Inventory pub in Boroughbridge.

We left with a curry house recommendation and good cheer, and headed for Kelso Tandoori.  Which turned out to be a takeaway.  Somehow Ednam House seemed a little too posh to soil with a Dhansak and mushroom rice.

We legged it back to the Cross Keys, which had also decided to call it quits early.  Is February in Scotland the new Moscow 1984 ?

So we had to go to the “proper” restaurant. I swore I would never go to a place called “The Contented Vine” where people wear ties and you’re shown to your seat.  We were seated next to a table of ladies who I can only assume were teachers.  Who else would be out that late on a Sunday night ?

Mrs RM was on expenses so had the largest gin of the night, while my more modest allowances restricted me to a bottle of Arran Blonde. Slightly fizzy, but otherwise unchanged in all respects since our trip to the brewery at the turn of the century.

You may have thought I never drink bottles.  You’d be wrong.

Now I’m a sucker for anything labelled as “famous“.  So I had the “Famous” Carbonara and the “Famous” Surprise Trio.  Deservedly famous in east Kelso, I’d say.

This is the point at which Mrs RM discovered that her spoon wouldn’t reach the bottom of that chocolate moose**.  As with the Coldstream incident, no police were summoned.

And no night that ends with Tiffany is a bad night. 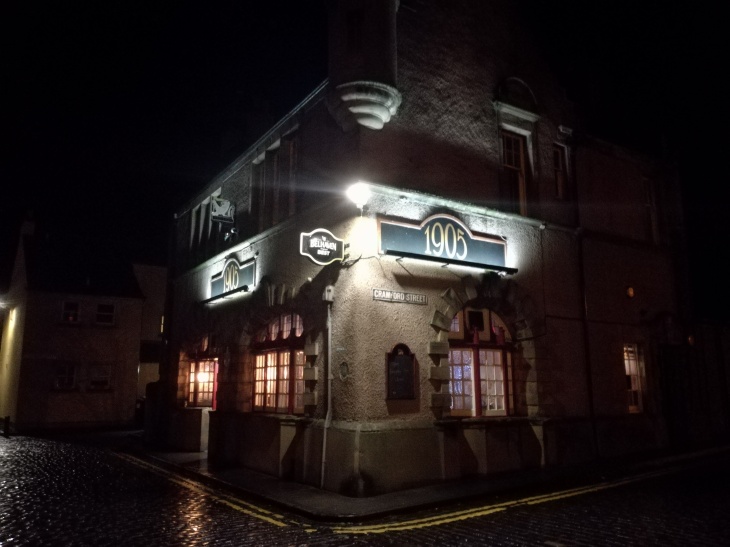 The bar is immaculate, the tall fonts are tall, the lone hand pump carefully hidden,

and Tim’s Landlord well past its best, if it ever made it that far.

I didn’t take it back.  Instead, I hid it in the corner and went back for a half of Tennents. Which is what I should have had to start with, like the rugby folk do.

Nice signage on the Gents (I hope it was the Gents).

After that I think we may have gone back to the wrong room before realising it was a bit drafty.

Just as well there was a decent breakfast in the morning.

** You thought that was about Tim Martin not putting a branch here, didn’t you ?

22 thoughts on “YOU CAN’T HURRY KELSO”