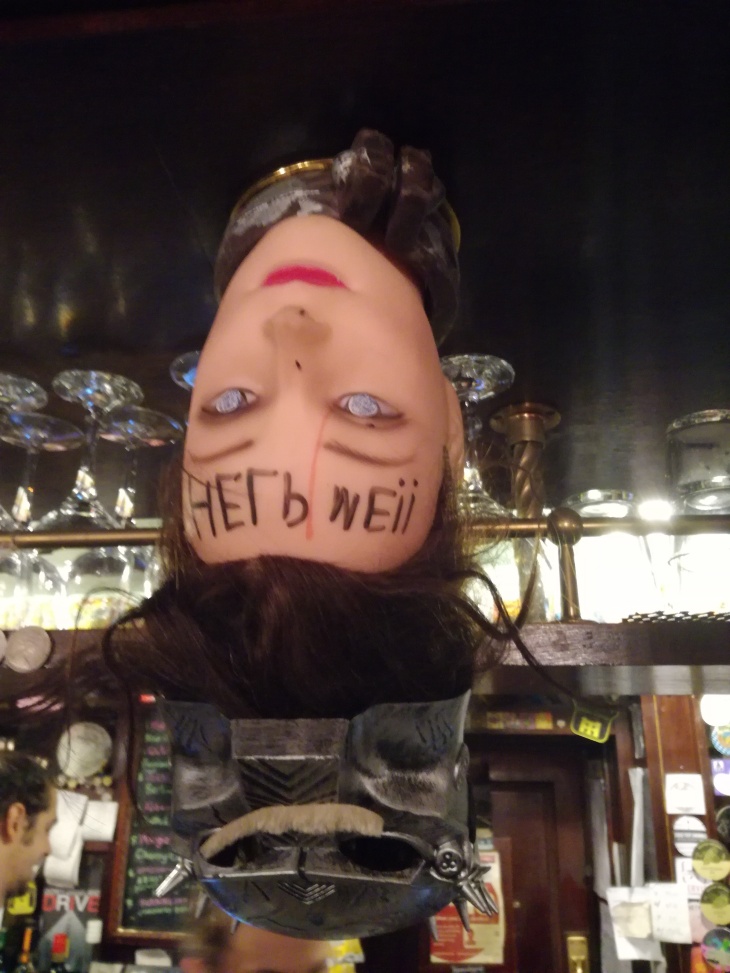 I take a short break from “Midsomer Murders* land” to give you an instant review of the last pub I went in.  Possibly the last pub I’ll ever go to if I have the Little Earth Project 10.5% Stock Ale again.

This was the Rutland Arms, the last pub of an afternoon with the legends that are Roger Protz, BRAPA and Beer Leeds.

With Mr Protz, Si and the gobby Yorkie for company, it wasn’t really a day for taking notes. Roger had a train to catch and unfortuantely missed the Rutland, so this is mainly a photographic record.

As you’ll see from the WhatPub extract, the Rutland is strategically located between the station, Primark and Hallam Uni.  Although my son is studying at The Other University, I’m on best behaviour and won’t make any comments about the Hallam’s proximity to the Genting Casino.  Not this time, anyway.

Richard is too polite to mention it, but if BRAPA had been in blogging mode he’d tell you I tripped up Grinders Hill, again nothing to with the Genting club, or the five pints beforehand, but because of the distracting street art.

My only previous visit to the Rutland, about 15 years ago, came on a Friday night when I also tripped up crossing West Street while attempting to beat last orders at the Red Deer.  The “Battle of Blooded Knee” which I won by 2 minutes.

The Rutland has hung around in the Beer Guide along with all the other pubs with Cat, Devonshire and Red in their title, and apparently got even better.

For the first time since the gigs in Halifax Minster, we were met with God Beer. Perhaps a measure of their self-confidence here.

I believe Richard will have some “proper” photos from the Rutland, which I can best describe as a Undergrad version of the Cambridge Blue.  That may offend or thrill Jethro at the Blue.

A backstreet local close to the city centre, with that mix of old and young (over 18, he adds hurriedly) that you want in a pub at 6pm.

Very Sheffield, and weird in parts (see top), but a balanced line-up of cask and Evil keg and, of course, a full range of Monster Munch.

We all went for the Tiny Rebel (I think).

Importantly, I had the third one pulled.  Simon reckoned his was as good as I did (NBSS 4+), so I think I can be sure it wasn’t first out the barrel that day. 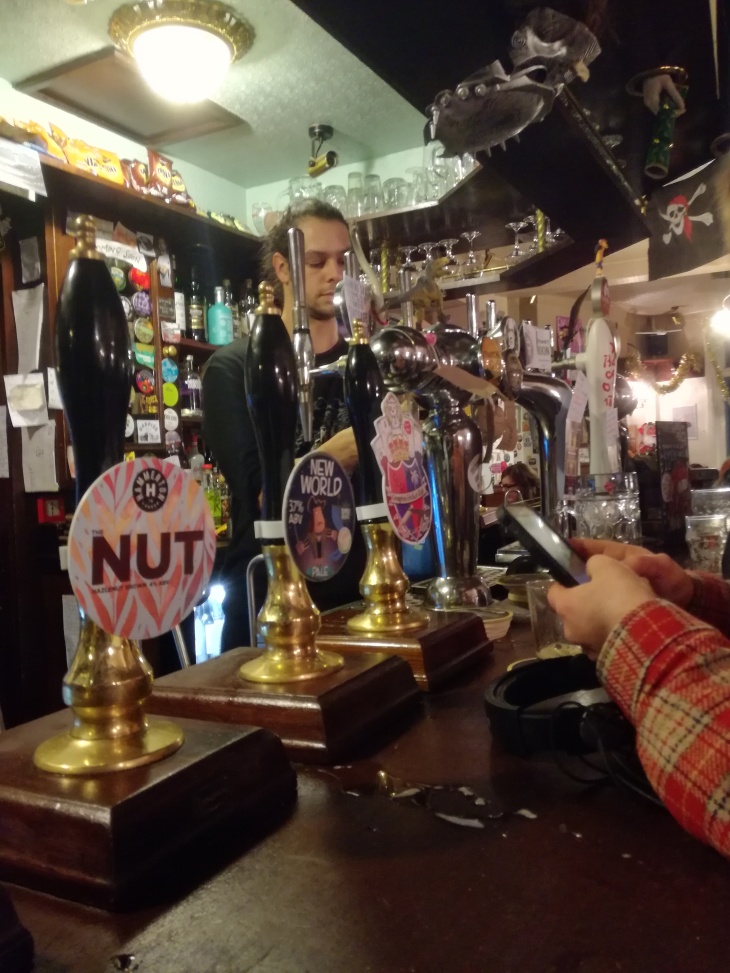 But forget the beer, which was great. Just as Simon (no ticks today) Everitt left to catch his train they started playing this tune;

Yes, the official Man City song.  To stop me singing the line about Phil Jones, I struck up a conversation with the chap who looked like Andy Carroll.

“To Øl ” said a relieved Andy.

I persuaded Richard to share an expensive but exotic nightcap, only to find the To Øl was going to be a 2.8% sour lemonade shandy.

If you’re keen you can read what the keg beers were on the board below the Monster Munch.  In honour of Mrs RM, I went for the strongest one.  I never learn.

Despite Little Earth coming from Sudbury, it was astonishing (and sour).  If Richard can remember it I’m sure he’ll tell you more.  I left him with a can of proper train beer (seen below being coveted by Roger). 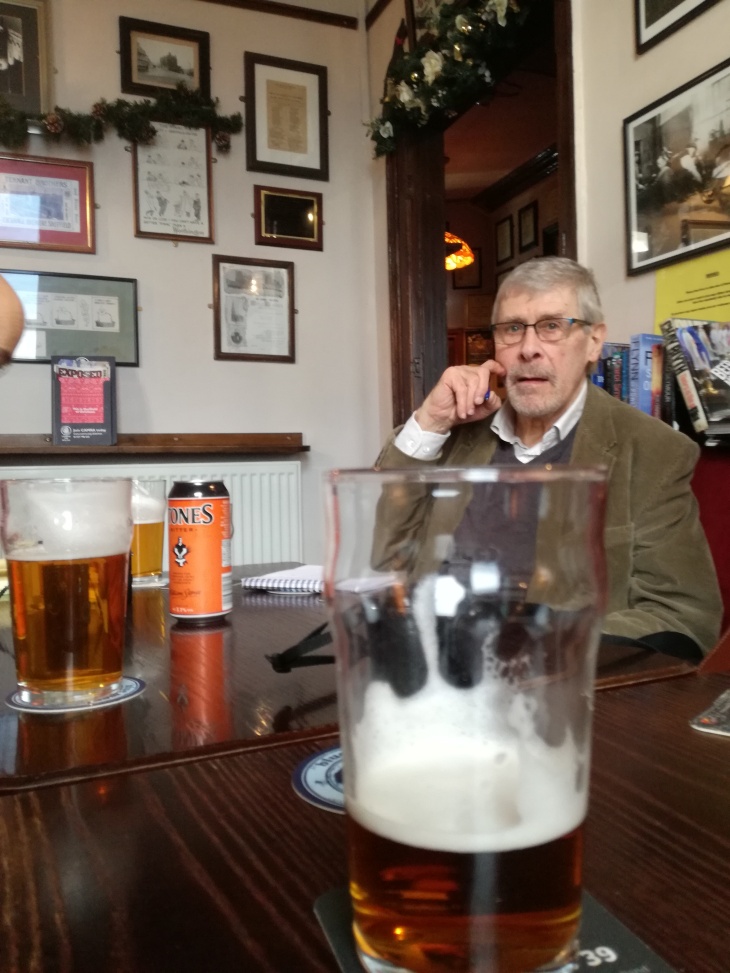 *Yes I know it’s supposed to be set in Somerset, but humour me.