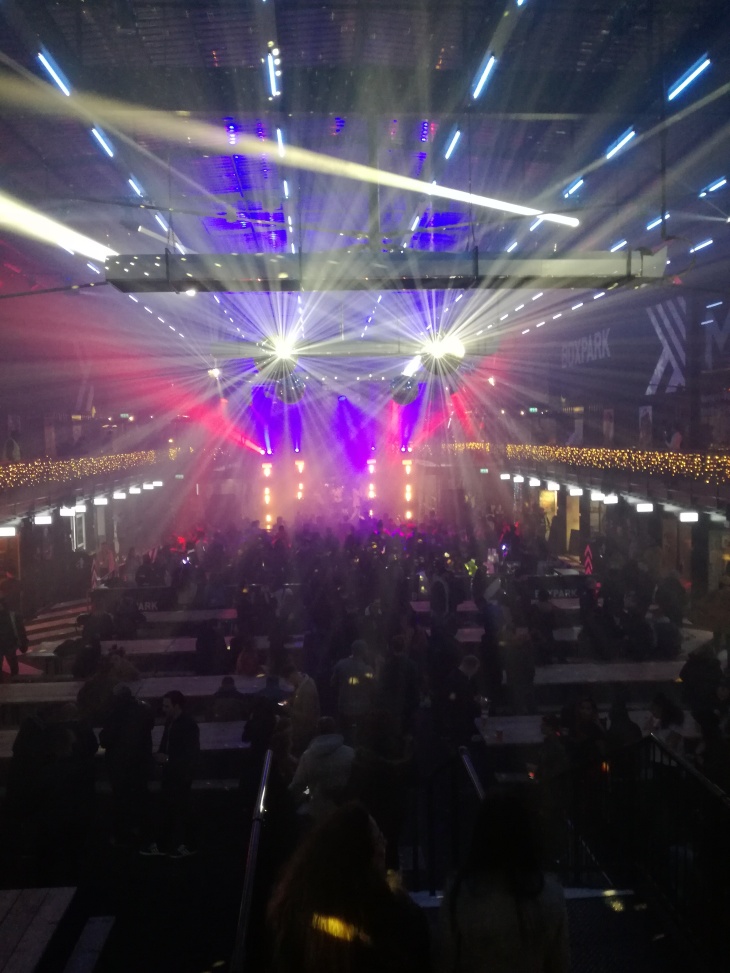 I’d been looking forward to my return visit to Croydon since BRAPA spend a night there in  January, the first overnight tourist since Mrs RM got lost looking for the IKEA in Purley in 1995 (this is true).

So a short post to terrify other Guide pub tickers who may find themselves unexpectedly at Croydon East station, wondering what sins they’ve committed against CAMRA to justify the Cronx

Or to be fairer, Croydon Boxpark.

Boxpark is a giant shipping container filled with independent fashion, bars and eateries. I’m sure you’ve all seen the Shoreditch one while trying to avoid the Crown and Shuttle.

It contains Croydon’s new Guide entry, and also a vast disco of the sort last encountered by me at Roxy’s in Peterborough in 1992.

So to get my tick I needed to be searched by 3 security guards and sniffed by a dog (more of a highlight for me than Fido).

I love live music, but this was deep house played at ear sucking volumes to skimpily dressed 20 year olds. In my trenchcoat, BRAPA Fan Club T-shirt and dungarees I was attracting a lot of attention fom the entire under-25 population of Croydon.

I couldn’t find Cronx. Three security folk looked blankly at me, thinking perhaps it was a word old blokes used to refer to physical ailments.

So I gave up, assumed it must have closed early, and weighed up a visit to Croydon’s other GBG treasures, even if it was a giant Spoons.

But as I walked towards an inevitable Doom Bar at the George my tick appeared, like those palm trees in “Mad, Mad, Mad etc World“, firmly outside the Boxpark. Like the Piccadilly Tap is to the station, an oasis of calm from the Boxpark madness.

Cronx makes your average micropub feel spacious by comparison. And I’m very claustrophobic. And I don’t like uncovered lightbulbs. They remind me of a shady hotel in Los Angeles in 1996.

Don’t get me wrong, it’s great to see such a mix of folk in a pub, and I bet at 4pm on Tuesday it’s a much more relaxing affair.  I might return and test that hypothesis.

Standing at the bar, quickly drinking a half of interesting Marzen, I was wishing I was in the Dog & Bull. 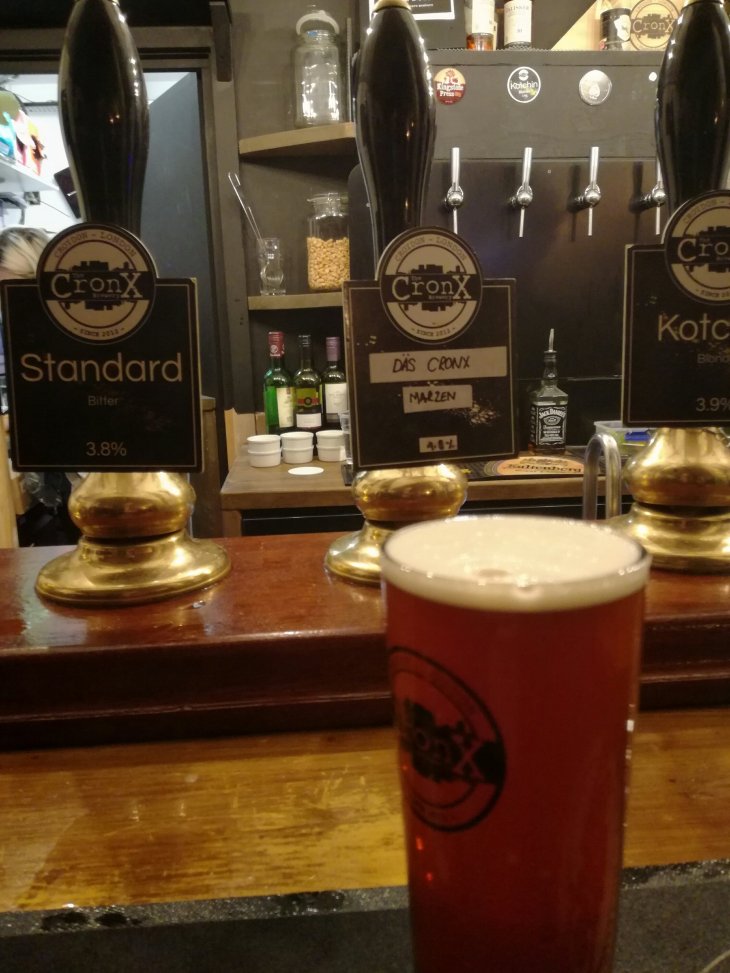 Instead I headed to Highbury, where things took a turn for the worse.

12 thoughts on “LOST IN THE CRONX”