I know I’ve used “Toping” recently, but it’s a great word. And nothing else rhymes with “Television“.

We completed the Rutland chapter of the Beer Guide last Sunday.  It’s no big deal, just the two new entries in a total cohort of seven. They should lump the entries back in with Leicestershire, like I have already on my giant GBG spreadsheet.

To add unnecessary fuel to the fiery debate on GBG branch allocations, I reckon that if the Guide reflected population, Rutland would have 3 entries (being generous).

On the other hand, the entries here deserve their place, even the newish Marston’s family fun pub that only lasted a year in the GBG sun.

Eagle-eyed readers will spot a mix of beer scores (1 tick is 3, 2 ticks is 3.5 etc.) for this year’s cohort. Nothing to bother my Top 100, though the Green Dragon is bubbling under (feels more like a  Stamford pub, mind).

The WhatPub extract tells an interesting tale about the distribution of real ale in Oakham.

Two pubs within walking distance of charmingly ramshackle Oakham station, the first of them in Langham, once the home of a classic beer.

No sign of Ruddles, and the beer range in the Wheatsheaf is either solid or dull, depending on your perspective and beard length.

Post-Sunday lunch, it was quiet and tranquil, notable only for the cheeriest barman in the county, and models from Leicestershire Life in the garden.

It’s always autumn in Rutland, even in autumn.  Langham is worth a wander, particularly as reading the information board entitles you to peer through people’s windows. Or fiddle with their pumps. 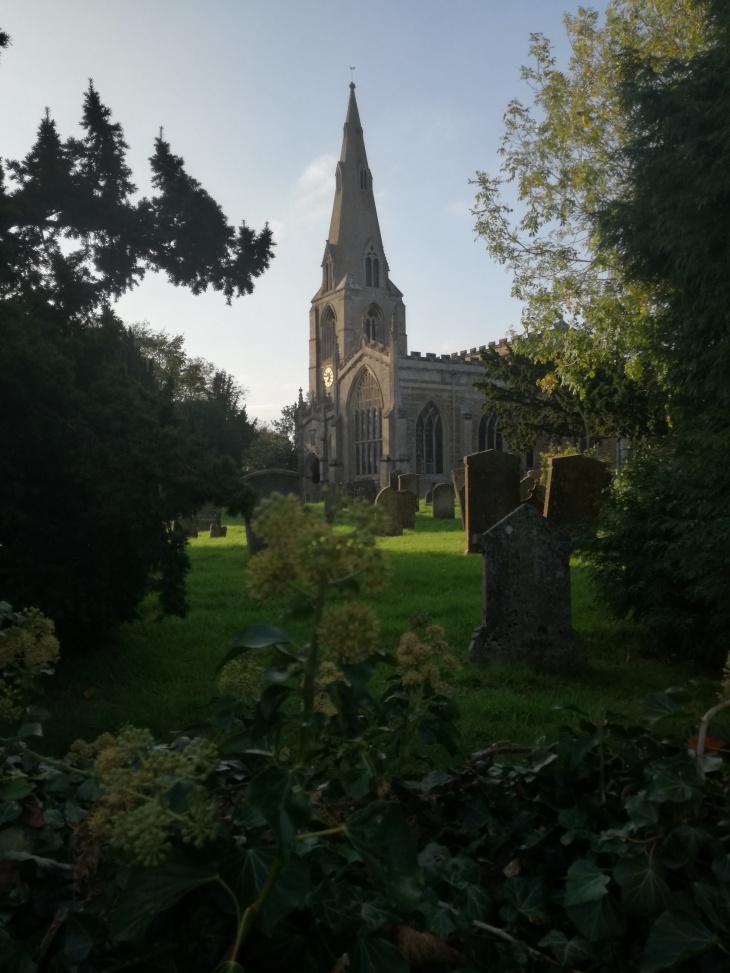 Oakham looked even better, the highlight a special set of stocks being prepared for a BRAPA visit calculated for March 24, 2027. The frieze in the second photo depicts the local characters expected to be excoriated in Simon’s subsequent blogpost. 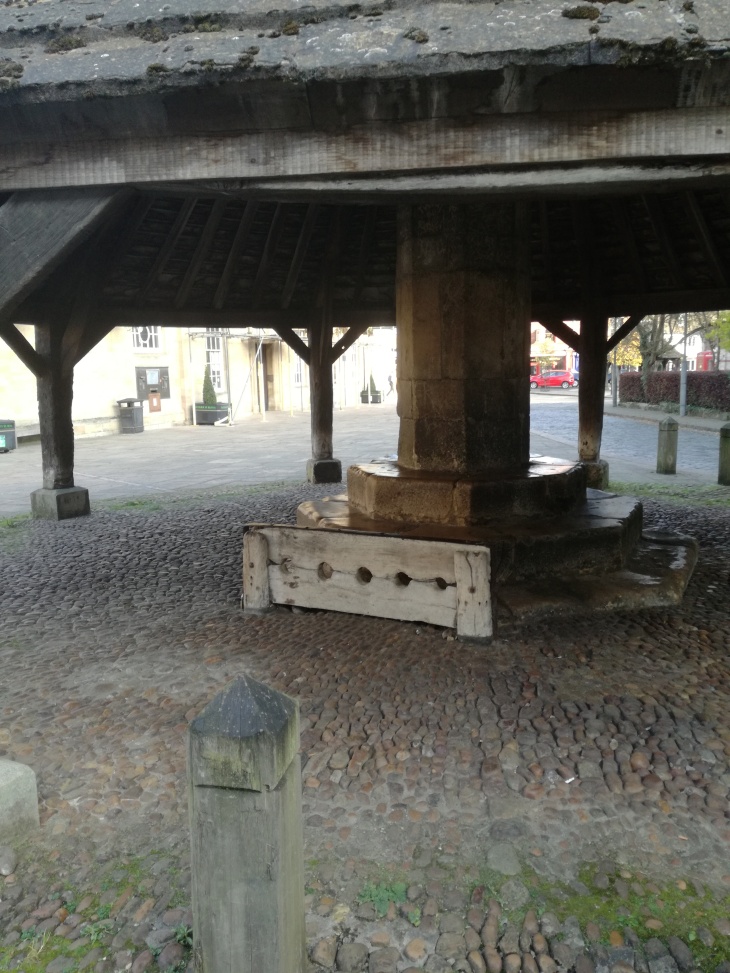 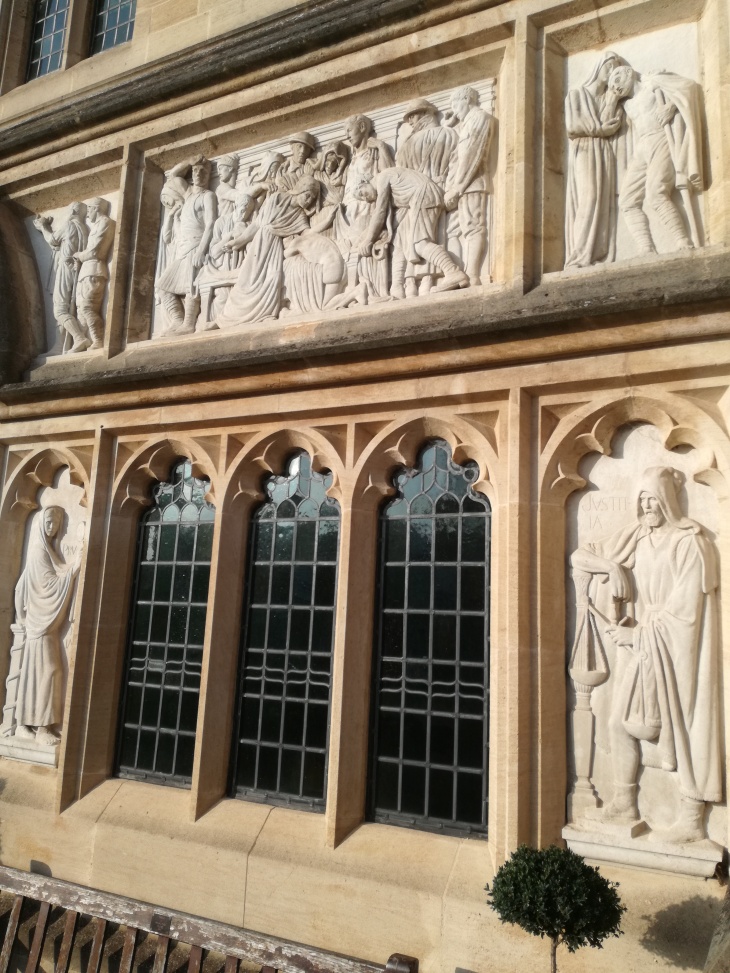 Many of those characters were to be found in the Captain Noel Newton, the busiest place in town. A cacophony of middle-England noise, mostly from small children driving small tractors round and bouncing footballs. Hope that’s sold it to Mudgie. 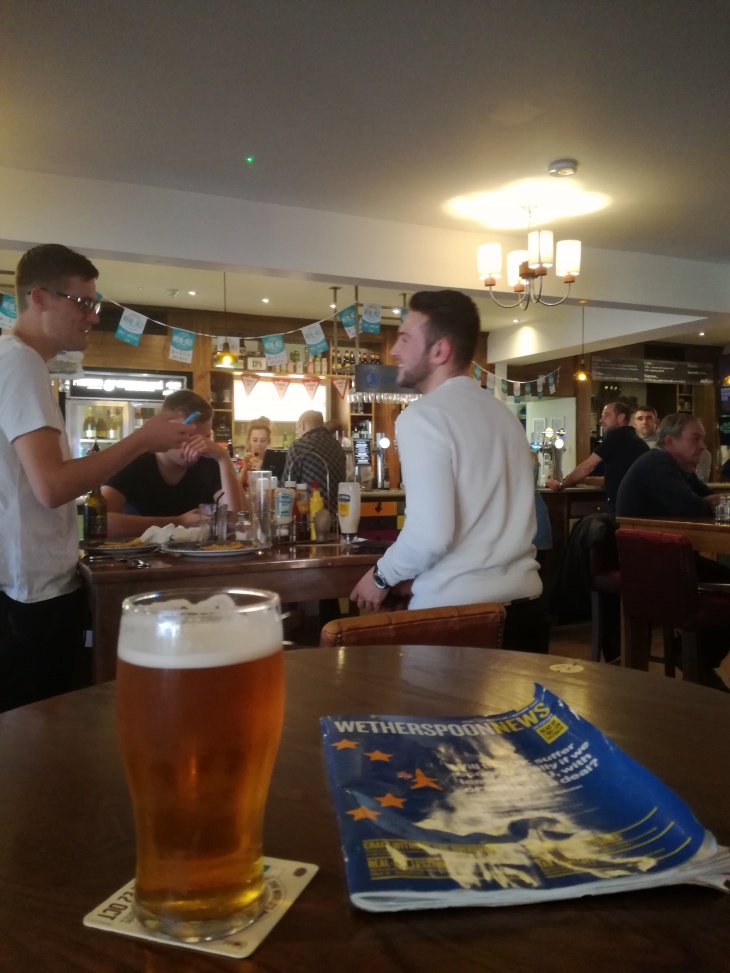 Mrs RM confirmed that we had been in the Spoons before, but as I suspect that was a coffee/loo stop, a return was necessary. The pint of Liberation was the best beer I’ve had from the Channel Islands, just £1.55 with voucher, and still only an NBSS 3.

In the time we were there I saw one other pint pulled.  An Old Boy looked desperately at the hand-pumps before picking the weirdest-named collaboration brew.

With thanks to Mrs RM, this is the entrance to the Ladies’ loos.

The most interesting thing about Rutland is the fertility rate. “In 2006 it was reported that Rutland has the highest fertility rate of any English county – the average woman having 2.81 children, compared with only 1.67 in Tyne and Wear”  Wiki

How much of that is attributable to relative affluence, and how much to Carling at £1.99 a pint in Bill’s Bar, I leave to you to decide.

The beauty of Rutland Water is less of a mystery.