I’m nearly up to date on the blog now, just some South Coast sun, a campervan trip to Risby and then this weeks aggro in Alba (not really).

This was my hit list for Sussex last week.

In the future, there’ll be a museum of pub exploring, containing fragments like this, Duncan’s moth-eaten complete Beer Guide, Simon’s beer mat and Alan’s collection of bricks thrown at him in Salford estate pubs.

The West Sussex pubs make a particularly attractive string, just waiting to be pinked in.

Loads of little railway stations down here, and last time out a wonderful little campsite in Angmering for a base.  Both that, and Angmering’s Beer Guide entry, no more.

So in the absence of a £29 Premier Inn, I picked a little B&B with this view across the road;

Three new pubs in Worthing itself, and the company of original Depeche Mode bassist John (@depechemodem), an occasional resident of these parts.  Neither of these folk are John, who is as reclusive as me.

After a 6am start from Cambridge I had a bit of time to explore the town, and was a bit stunned to find the Museum & Art Gallery open. It’s a winner, but don’t ask me to explain the first exhibit. Not over tea, anyway. 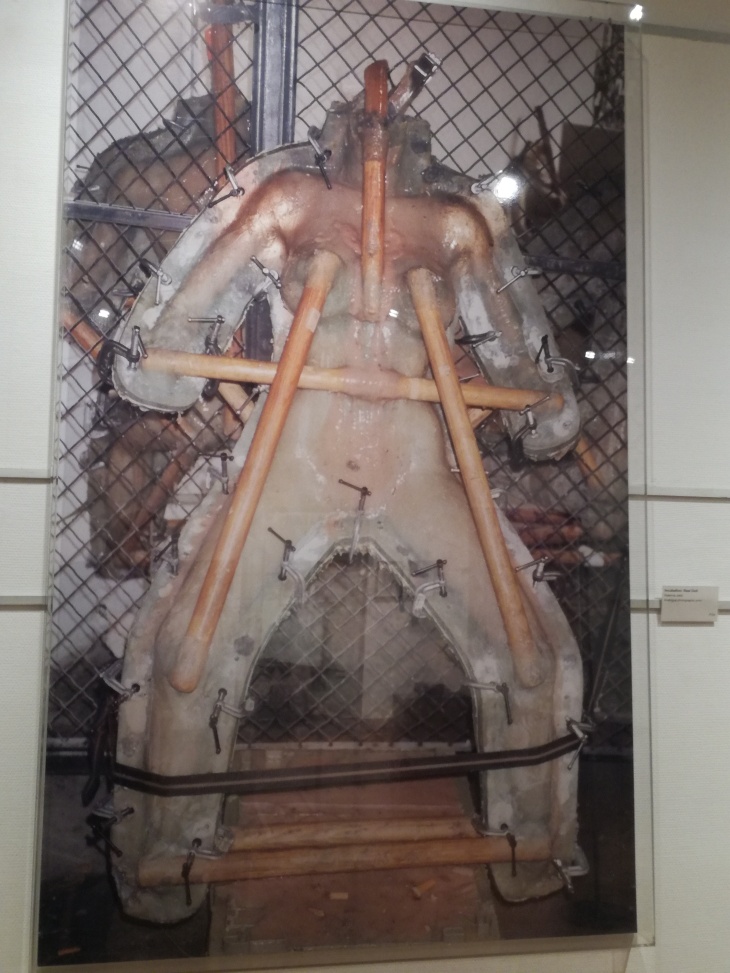 More conventional street art in the town underpass, of course.

Worthing grows on me with each visit, suffering only from the drawback of not being Brighton. Or Hastings. As we’ll see later, it may become the posh Thanet if it keeps breeding micropubs though.

We kicked off rather too early, in the Grand Victorian Hotel opposite the station. A sumptuous affair, with much BRAPA potential, but the quality of John’s Arundel Castle served in a Carling glass confirmed why this isn’t in the GBG. Great tiled loos, and “Total Eclipse of the Heart“, which wouldn’t be the only Now…83 of the day.

Round the corner is the first new Guide pub, a micro that’s already changed hands.

A high quality Alchemy (NBSS 3.5); John was already on the flavoured ciders.  I should explain, he spends a lot of time in Hitchin.

The Brooksteed doesn’t exactly break the micro mould, but the back area is very homely and pubby, the new owner is opening from noon, and the place was filling up nicely by 12.20. They even know how to use social media.  And the Geordie pie-maker who supplied the pub was a gent.

Five minutes walk to an exercise in contrast, the Hare & Hounds being as authentic and unchanging a gentle folks pub as you’ll find. And it was packed at 12.30 on a Tuesday lunchtime.

Clearly only retirees (says he) have the cash and time for the good value lunches and beers these days. Unpretentious drinkers, unfussy diners, high quality Harveys in its own glass (NBSS 3.5).

And the soundtrack was, of course, more 1983.  In this case Prince’s 1999, which is probably when this Whitbread memorabilia dates from; 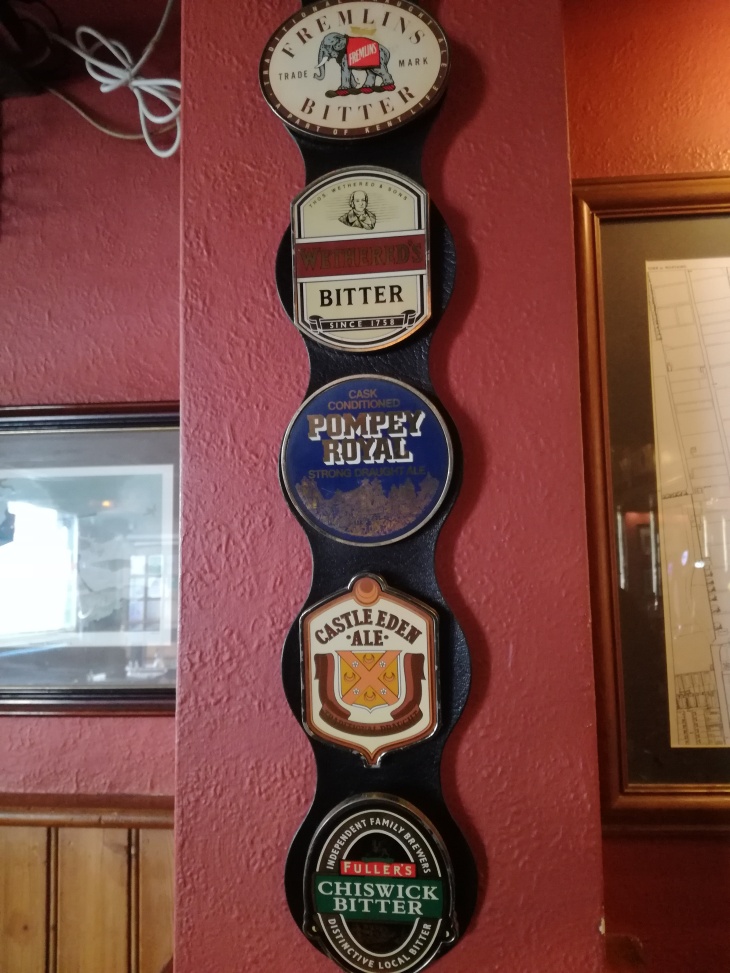 The third newbie is another contrast. The Egremont is absolutely gorgeous in parts; 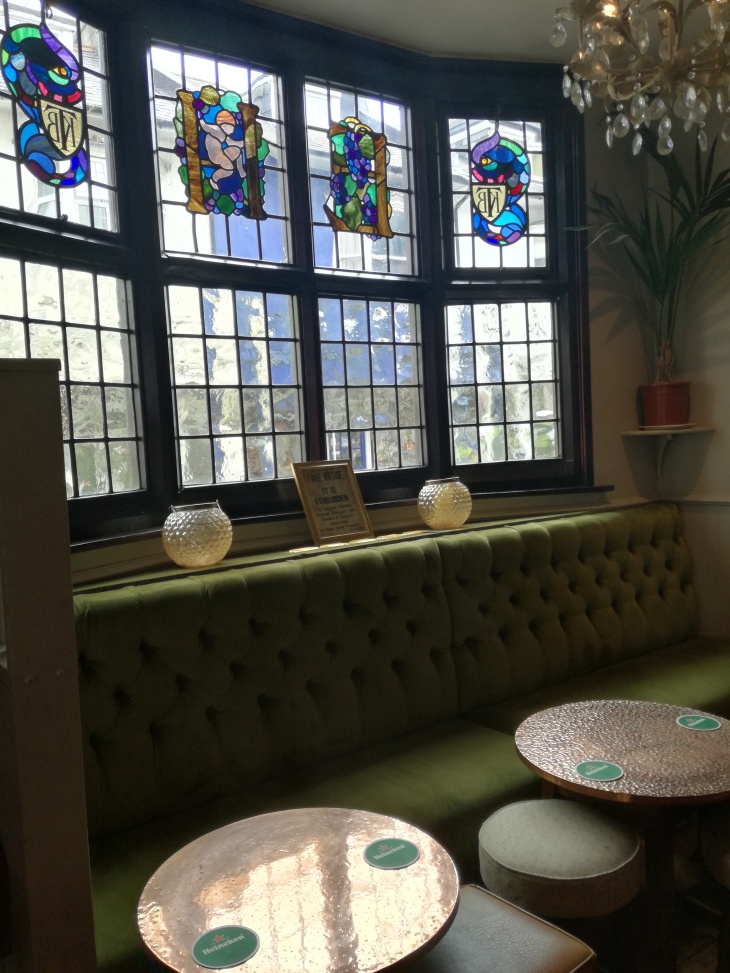 but oddly modernised, though clean and cheery, in others;

There were a few takers for another well-priced lunch menu (fish & chips £6.50), less for the ambitious range of cask (house beer NBSS 3).

My other notes say “ambient lift music” and “toilet twinned with Uganda”.

Three good pubs across the spectrum, all ticking over or better at lunchtime.  With the classic Anchored in Worthing a must, and noodles from Mr Toy, Worthing could yet give Hastings competition for the beer tourist market.

Sadly, my anonymous B&B will only be of interest to those interested in seeing the results of North Korea’s nuclear tests on a Full English, or who enjoy drinking orange juice out of a thimble.

3 thoughts on “ADIEU, ADUR – AN OVERNIGHTER IN WORTHING”