Another day with a “y” in it, another Kent micro, another request to photograph pickled onions and pump clips met with bemusement.  Welcome to Minster. 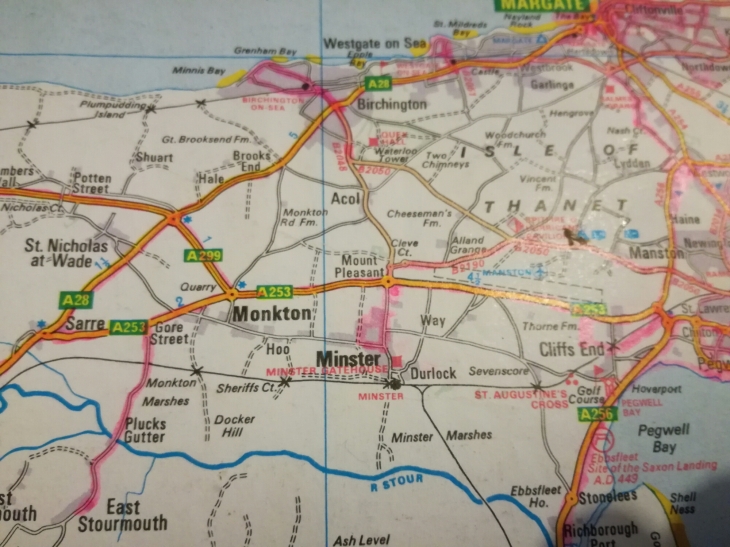 Apart from Mrs RM’s short spell there as a Benedictine Nun following her expulsion from Royal Tunbridge Wells in the early ’80s, this is a village best known for its McDonalds, the last before Ramsgate and oft an emergency loo stop.  As we confirmed on our circumnavigation later, it’s a pleasant enough place with bucolic views, and more pubs than is strictly necessary for the health of 3,500 residents.

Before the dawn of micros, it also had a British Legion in the Guide, about which I can remember nothing except the beer score (NBSS 3).  Old age does that to you.  I bet it was a riot of a place.

The Hair of the Dog is a mini-riot of a place, one of the funniest for some time (in a good way).

We were early customers, along with a lovely blind gentleman intent on nipping home to change into his Saturday best when I asked about a photo.  Here’s a picture of his hand, fish & chips from over the road, and a civilised red wine. He even shared his chips (it was a massive portion).  Our beer was a decent interloper from By the Horns (NBSS 3).

Various folk came in and announced themselves loudly, much in the manner of the adaption of a Shakespeare play.  Kevin went looking for an apron; not sure what he was cooking, the food amounted to crisps and nuts.

The lovely lady serving us assumed we were on some sort of pub tour, an odd concept, and gave us the background to the pub name.  Something to do with hairdressing for dogs I think.  Mrs RM mentioned a splendid canine we’d seen in the High Street, apparently dressed in a waistcoat.

At that moment, he walked in.  Nice bit of tie dye there. 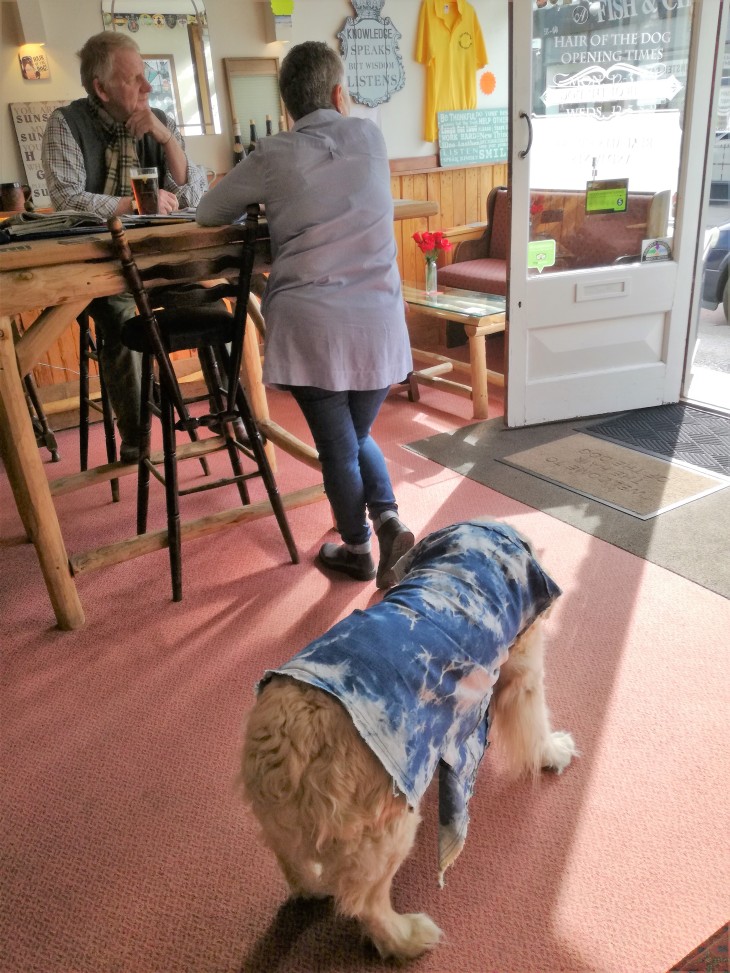 Compared to many micros which stack high tables round the walls, the Dog has a pleasing mix of seating that meant you could mix, or keep yourself relatively to yourself.

And in the absence of street art, I give you the Dog’s contribution to Minster’s embryonic saucy postcard scene.

I do sometimes think the men of Kent only start up micros in order to decorate loos in a way that would be forbidden if they worked for Greene King or Sheps.  The other half-dozen on display are far better/worse.

7 thoughts on “HAIR OF THE DOG”