Blame Mrs RM for that title by the way, a unique Clash/Father Ted mash-up probably.

We didn’t come to Dublin for the pubs, of course, and seven pints in three days is probably below the minimum acceptable level.  But we did walk 25 miles, with just one mild argument in the lingerie department at Dunnes Stores in Stephen’s Green.

We had to pass quite a few real gems on the way to Dunnes; with tiling like this it could have been Walsall.  If Walsall had 72 Starbucks. 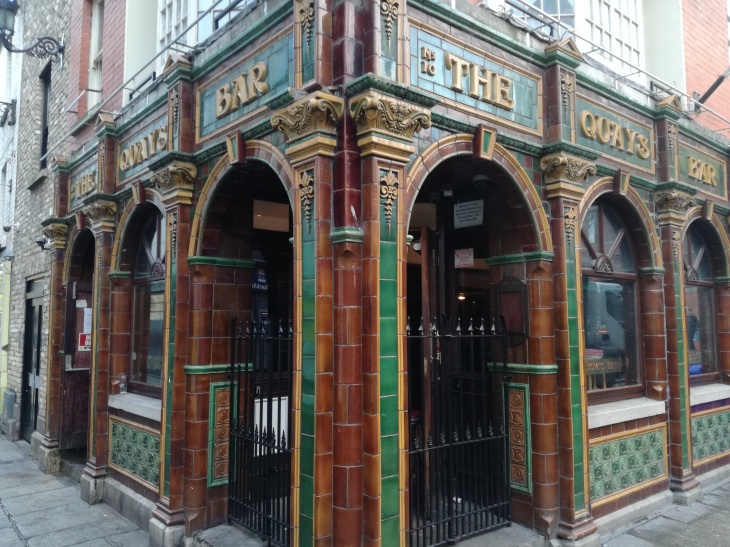 Quite why Mrs RM needed to go in shops I never knew, but once in there was no way out. Two lads in staff outfits in the food section sympathised, cheerily telling us they’d wandered in there two years ago and were still looking for a way out (not an Odyssey reference).  You don’t get that in John Lewis.  Their directions to the exit were still wrong though.  In England folk have called 999 in lesser crises, Mrs RM headed for the fire exit.

It took several filters and flat whites to recover composure. Joes, and particularly the post-hipster 3fE with its poached egg obsession, made Cambridge’s indie coffee shops seem like Debenhams cafes in comparison. We spent more on coffee than beer, I kid you not. 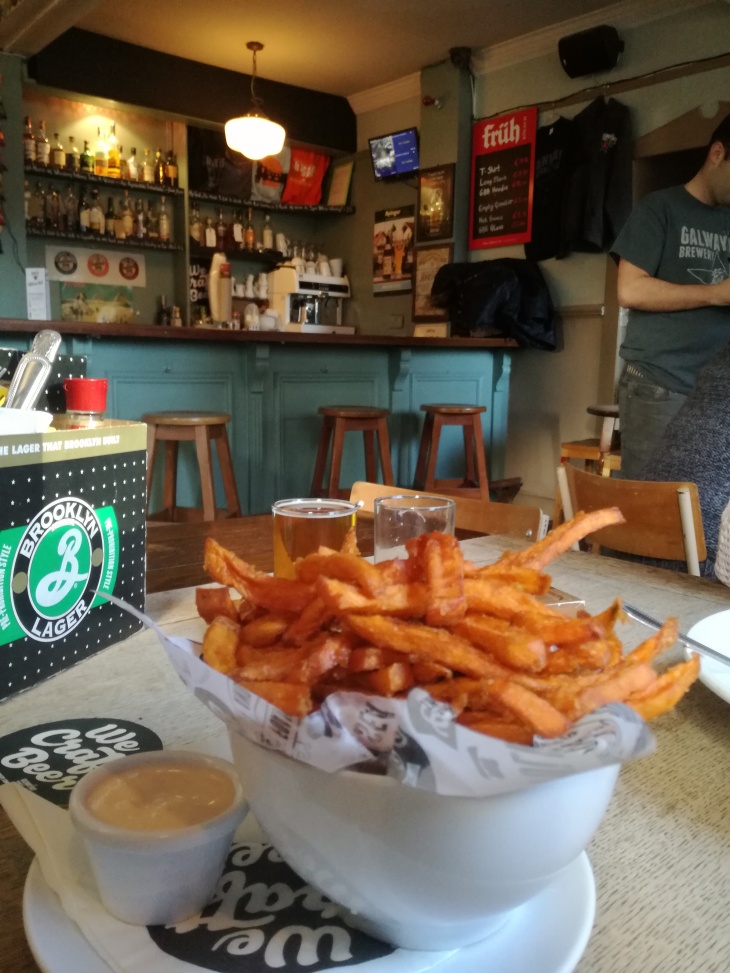 Down near the shiny docks we stopped for a nutritious lunch of sweet potato fries in Brew Dock, another of the reliable little Galway Bay estate.  It has the feel of a relaxed local just off Cambridge’s Mill Road, a Kingston Arms without the hand-pumps perhaps.

Again, the cask (Bay Ale) was hidden in the corner, and overpowered a bit by a display of craft keg of bewildering levels. The ladies in front of us asked the cheery barman to explain the difference between “Pale” and “IPA”, which I confess would have floored me.  With a choice of 20, Mrs RM went for the paddle of the strongest ones. 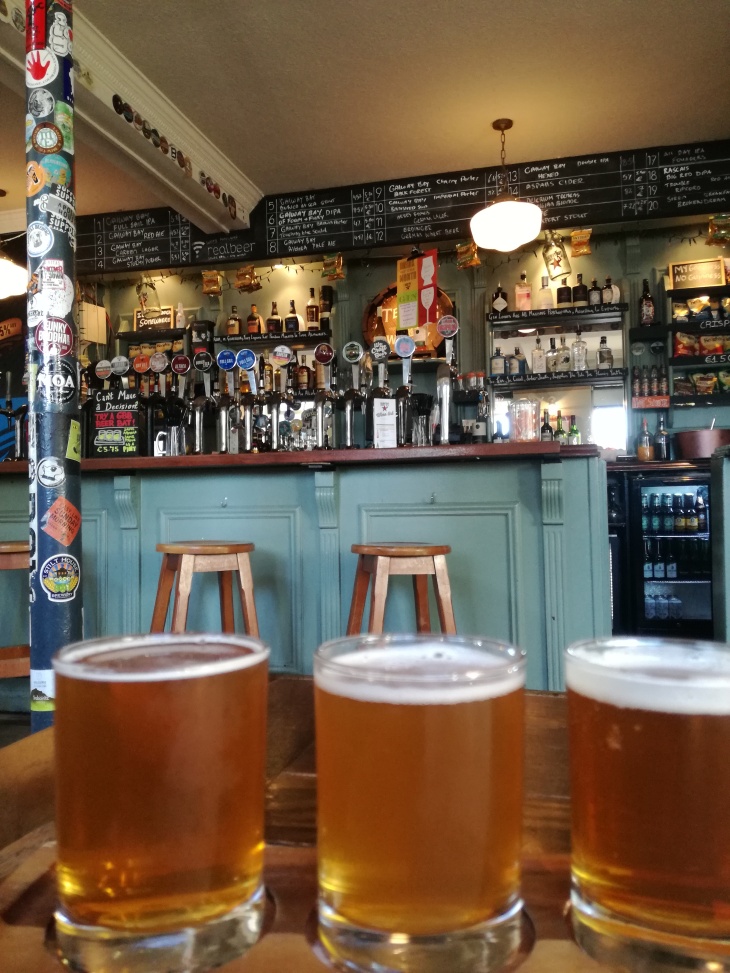 She said they tasted like a certain other celtic brewery, which I won’t presume that Galway Bay would take as a compliment (or not). The cask was OK, but I went back to the Full Sail after that. It’s unfair to make generalisations from a fleeting visit, but I didn’t see a lot of cask pulled compared to the superb keg.  No different to England, then.

We spent a pretty perfect hour in the Brew Dock eating fries, drinking craft IPAs and enjoying the staff’s choice of ’90s indie, pleasingly taking in “Where’s me Jumper” and “Girl from Mars“.

Then we had to go home, after stocking up on cheese.

A few lessons learned about Ireland;

I never did get to climb the Spire.

10 thoughts on “CRAFT, HIDDEN CASK, & GETTING LOST IN A DUBLIN LINGERIE DEPARTMENT”